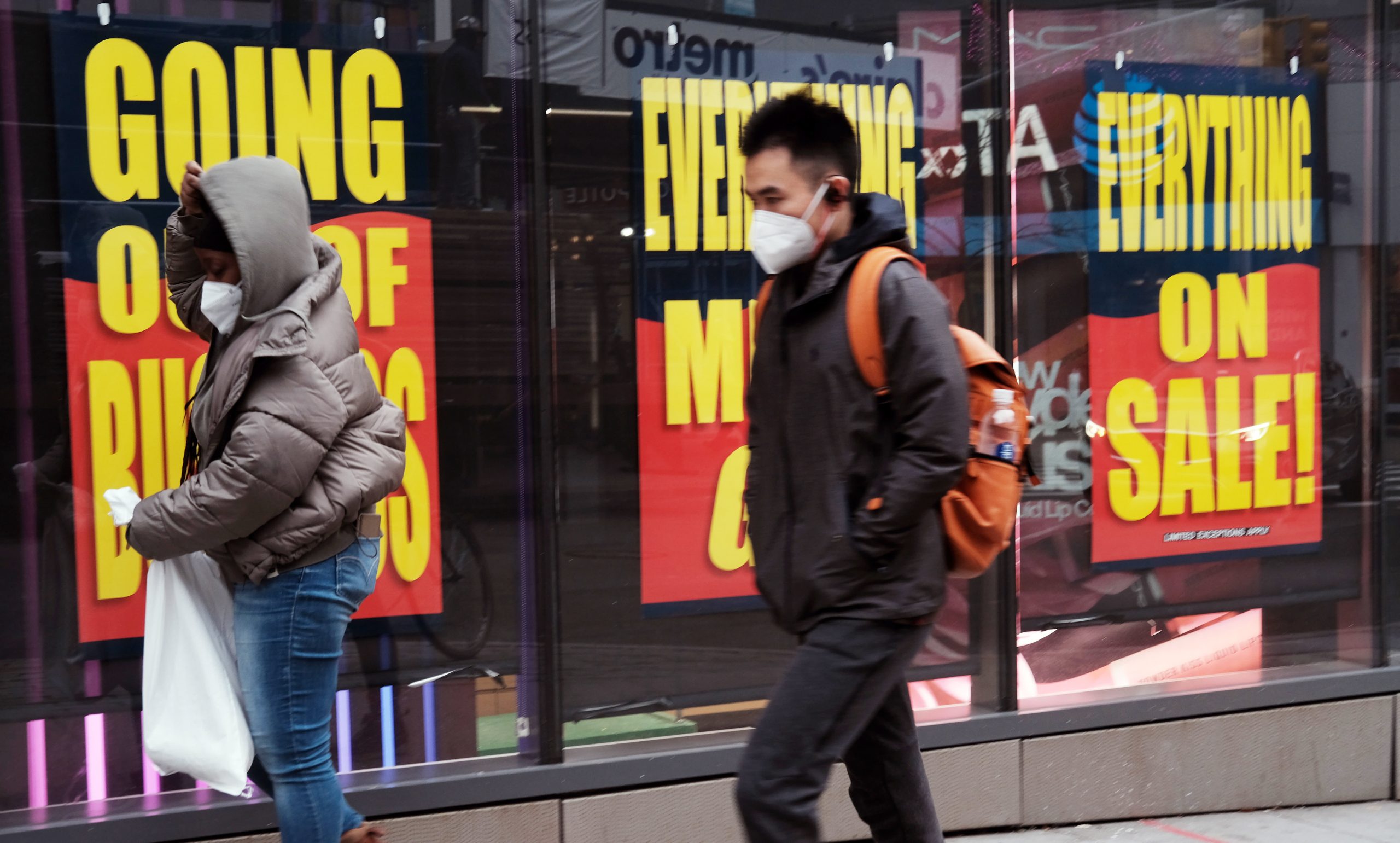 Jobless claims fell sharply last week despite severe winter storms that swept across Texas and other parts of the South, the Labor Department reported Thursday.

First-time filings for unemployment insurance totaled 730,000 for the week ended Feb. 20, well below the Dow Jones estimate of 845,000.

The total also represented a substantial decrease from the 841,000 the previous week, a number that was revised lower by 20,000.

Despite the decline to the lowest since Nov. 28, it was still well above anything the U.S. labor market had seen prior to the Covid-19 pandemic.

Continuing claims also fell, decreasing 101,000 to 4.42 million, the lowest since March 21 but also much higher than the pre-pandemic norm.

The decline likely didn’t take into account those expected to file due to the storms.

“The sharp drop in jobless claims likely is due to people in states hit hardest by last week’s huge storm, especially Texas, having better things to do than make jobless claims,” wrote Ian Shepherdson, chief economist at Pantheon Macroeconomics. “We expect a rebound next week. The trend seems to be about flat, but we remain of the view that claims will soon start to trend down, slowly at first but then more quickly as the reopening of the economy accelerates in April and May.”

The drop in the headline jobless claims number masked continued pressures in the labor market.

Though the overall number fell, the rolls of those filing through pandemic-related programs continued to rise, with just over 1 million more claims on the Pandemic Emergency program, which compensates those whose regular benefits have run out.

All totaled, just over 19 million Americans are receiving some compensation as of Feb. 6, an increase of more than 700,000 from the previous week.

More recent data shows, however, that claims are rising in the Pandemic Unemployment Assistance Program, which provides benefits to those who normally wouldn’t be eligible. For the weeks of Feb. 13 and Feb. 20, more than 964,000 Americans filed under the program.

Other economic reports Thursday morning showed that spending on long-lasting goods jumped 3.4% on the headline and 1.4% excluding transportation, both well above Wall Street estimates.

Also, the second reading of gross domestic product in the fourth quarter of 2020 showed an increase of 4.1%, up one-tenth of a percentage point from the initial reading but slightly below the 4.2% Dow Jones estimate.