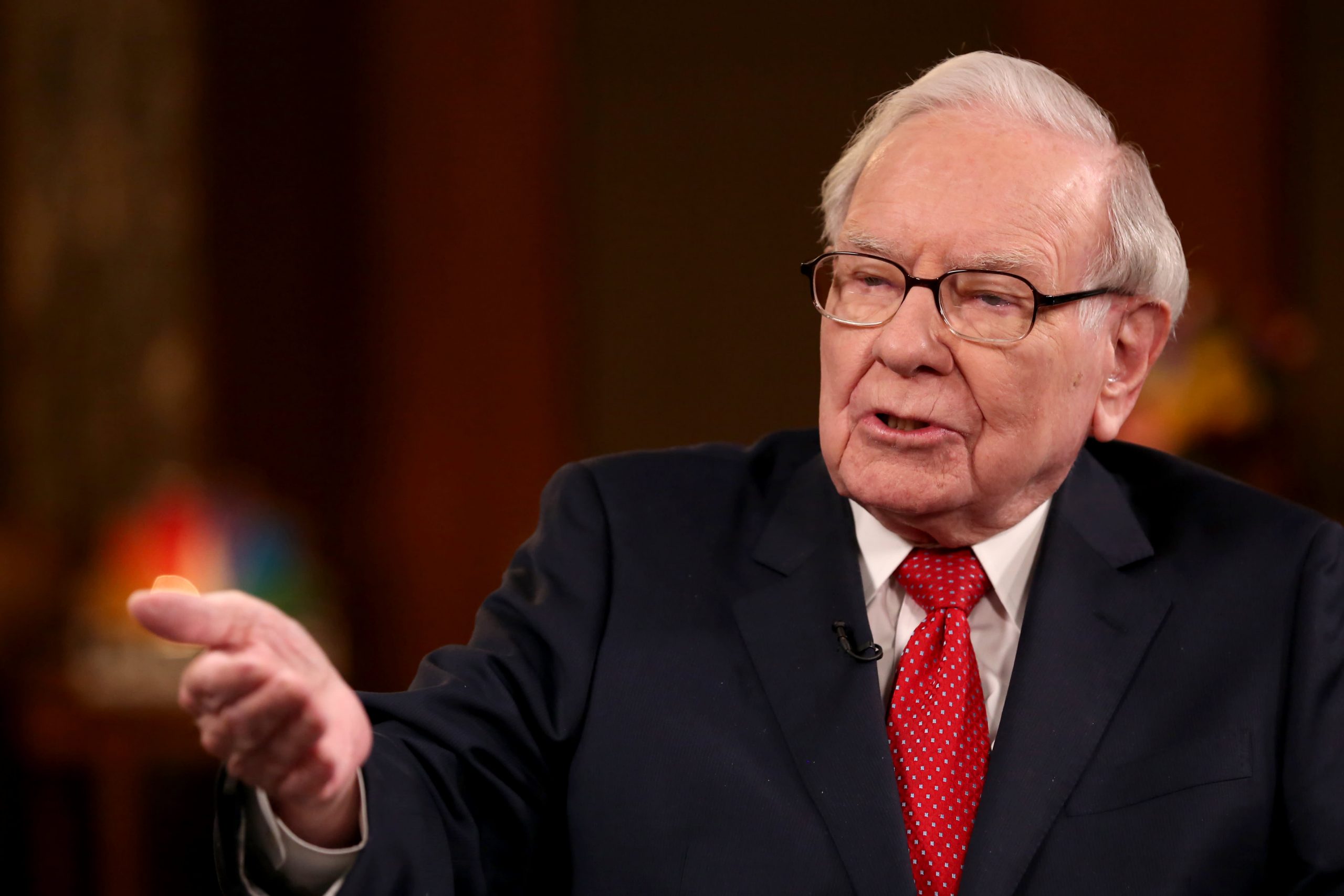 Warren Buffett during an interview with CNBC’s Becky Quick on February 24, 2020. It turned out to be another year during which the billionaire investor shied away from game-changing acquisitions in a pricey market even after a sudden market cash and as his company holds a massive cash balance.

As the coronavirus pandemic roiled markets during 2020, Warren Buffett’s Berkshire Hathaway bought back a record amount of company stock. And the buying spree has continued into 2021, according to the conglomerate’s annual letter that was released Saturday morning.

During the fourth quarter the company bought back around $9 billion of Berkshire shares, bringing the total 2020 repurchase to a record $24.7 billion.

“Berkshire has repurchased more shares since year-end and is likely to further reduce its share count in the future,” his annual letter stated.

During the third quarter the conglomerate bought back $9 billion of its own stock, up from $5.1 billion during the second quarter. The figures compare to the $5 billion total the company spent on buybacks in 2019.

Buffett emphasized that the company only engages in share repurchase programs when it believes shares are trading below their intrinsic value.

“In no way do we think that Berkshire shares should be repurchased at simply any price,” Buffett said in the annual letter. “I emphasize that point because American CEOs have an embarrassing record of devoting more company funds to repurchases when prices have risen than when they have tanked. Our approach is exactly the reverse.”

The company’s net earnings — which account for Berkshire’s big investments in the public market — jumped 23% on a year-over-year basis to $35.835 billion. For the full year, however, net earnings slid 48% to $42.521 billion.

Berkshire Hathaway’s class A shares hit a new all-time high on Thursday, after bouncing 52% from the March 23 low. For the year the stock is up about 5%, outperforming the S&P 500’s 2% gain.

Even after Berkshire’s record 2020 buyback, the firm still has a sizable cash pile at $138 billion. The figure is down from $145.7 billion at the end of the third quarter.