Economists see first signs in data that vaccine is working 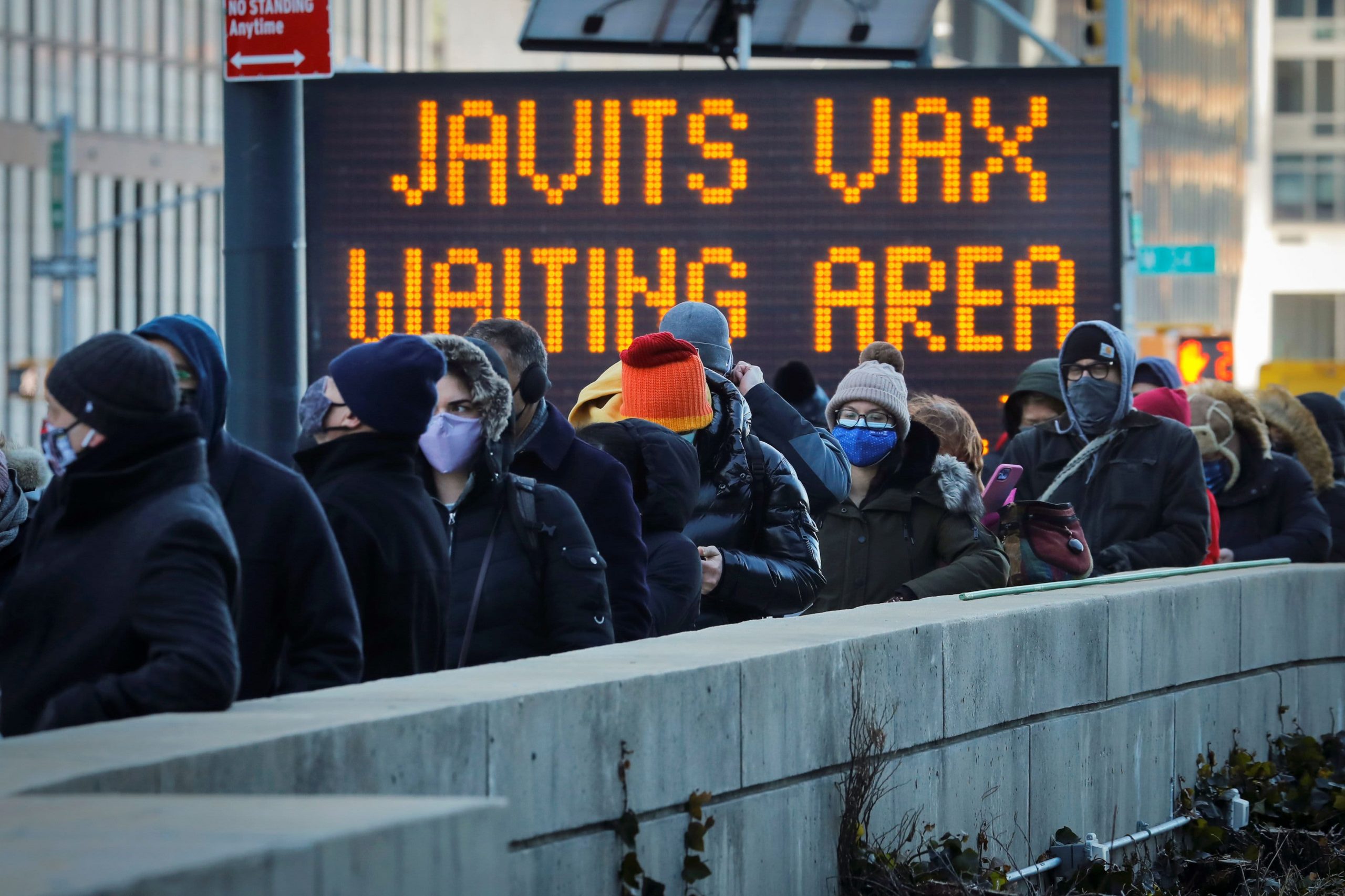 Economists following the high-frequency data on virus infections are seeing initial signs that the vaccine is having positive effects on deaths and infection rates.

While they caution that the signs are tentative, they point to two areas: the decline in the percentage of Covid-related deaths from nursing home residents and infection numbers running below their model forecasts.

“We have seen for the first time that the (actual infection rates are) below our static models, suggesting potential protection from the vaccinations,” Matthew Harrison, head of biotech industry research at Morgan Stanley, said in a report this week with colleagues.

The focus on vaccinating the elderly first looks to have yielded dramatic results.

Deaths in long-term care facilities peaked in January at an average of around 7,000 a week. They have since fallen to around 2,200, the lowest since November, according to the COVID Tracking Project.

“The disproportionately large declines in cases and COVID-19 fatalities among residents of long-term care facilities, where 4.6 million residents and staff members have already been vaccinated, suggests that vaccinations are having significant real world benefits,” said Daan Struyven, senior economist at Goldman Sachs.

These early indications, along with accelerating vaccination rates, are giving forecasters confidence in their outlooks for a strong economic rebound in the summer.

Behind that call are projections that the U.S. will achieve something resembling herd immunity by then, where 75% to 80% of the population has either been vaccinated or infected.

Forecasters caution that virus variants, reluctance on the part of Americans to take vaccines, and distribution and manufacturing challenges present risks to that optimistic outlook.

Goldman’s data shows the U.S. leading advanced economies in the race for herd immunity, in part because of the steady and accelerating pace of vaccinations. In larger part, this is also because so many Americans have been infected.

Goldman estimates that 47% of the public has either been vaccinated or infected, which includes 36% who have been infected.

The U.K. is second with 45% of the public with some form of immunity, but its share of vaccinations is far higher.

In the U.S., vaccinations are back on track after disruptions from storms in the South last week.

An estimated 77 million doses have been distributed, and 15% of the public have received at least one dose, almost double the percentage of a month ago. Most analysts believe the pace of vaccination will accelerate.

Morgan Stanley notes that around 78% of vaccines distributed have been administered, a key logistics metric. It had dipped last week as a result of the Southern storms.