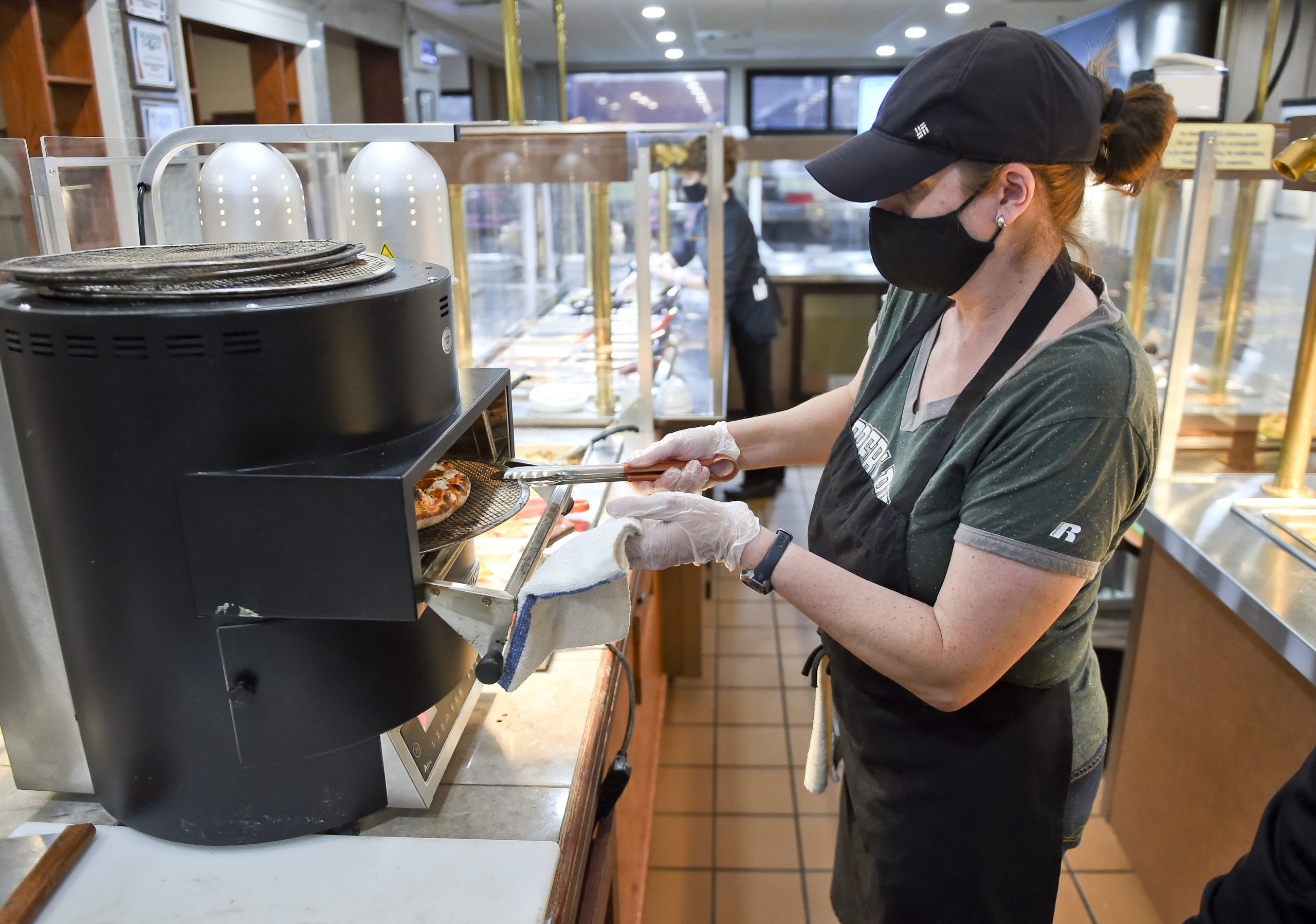 An alternative measure of unemployment that includes discouraged workers and those holding part-time jobs for economic reasons was unchanged at 11.1%.

“Today’s jobs report sets an extremely positive tone as we move into warmer months and the pace of COVID-19 vaccinations accelerates,” said Tony Bedikian, head of global markets at Citizens Bank. “While the labor market still has a lot of ground to make up, we are in a different place than we were a year ago and the economy seems poised for a strong rebound.”

Nearly all the job gains came from the battered leisure and hospitality sector, which saw an increase of 355,000 amid a relaxation of dining restrictions in some areas. Bars and restaurants gained 286,000 jobs while hotel-related hiring totaled 36,000 and amusement, gambling and recreation businesses added 33,000.

Despite the gain, the industry is still 3.5 million short of its employment level from a year ago, just before the worst of the pandemic. The pickup in hiring drove the unemployment rate for the sector down to 13.5% from 15.9% a month ago; the accommodation and food services subsector saw its jobless rate fall to 12.7% from 15.3%.

“We’re seeing great opportunities within the service sectors,” said Amy Glaser, senior vice president at national staffing firm Adecco. “We anticipate as the weather continues to get warmer, that [hospitality] sector will start to explode in the next eight to 12 weeks.”

Stock market futures rose sharply following the report, with the Dow industrials pointing to a 235-point gain at the open. Government bond yields also were higher.

Local and state government education jobs fell by a combined 69,000 while construction declined by 61,000 and mining lost 8,000.

In all, there were still 8.5 million fewer Americans holding jobs in February compared with a year ago, a total that fell only slightly from January. The size of the labor force increased by 50,000 but the labor force participation rate held steady at 61.4%, down 1.9 percentage points from a year ago.

The average work week declined during the month as well, falling 0.3 hours to 34.6 hours.

Employment growth had slowed in late 2020 amid a rise in cases and renewed government-imposed shutdowns over the winter. Still, most economic indicators continued to rise, and first-quarter GDP growth is expected to defy previous expectations for a flat or only slightly better environment.

Federal Reserve officials have been watching the jobs numbers closely not only for overall growth in payrolls and a drop in the unemployment rate but also for the breadth of the jobs recovery. The central bank has pledged not to raise interest rates until it sees the gains spread across income, gender and racial lines, even if that means risking higher inflation.

Despite February’s overall employment gain, the jobs market has a long way to heal, with millions of workers displaced by the pandemic still looking for work. Recent indicators show that job postings are continuing to increase, but at a rate well below what is needed for a full recovery.