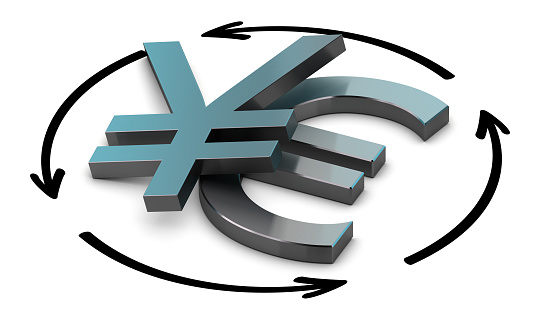 Equities remain under pressure. Dow has declined below 31000 and has room to test 30000. DAX remains stable within its 13800-142000 range for now. But the bias is bearish to see a downside breakout of this range. Nikkei is heading towards 28000 and can extend the fall to 27000. Shanghai is testing its crucial long-term support zone of 3450-3400 from where it should necessarily bounce-back to keep the long-term uptrend intact. Sensex and Nifty can fall today taking cues from the other markets.

In the OPEC meeting yesterday, the countries have agreed to keep production cuts as it is with Saudi Arabia continuing to extend its voluntary 1mln barrel cut till at least April. This has led to a sharp rise in oil prices from levels seen yesterday. Except crude prices all other commodities have fallen sharply and could extend some more in the near term. On crude we would watch price action near resistances above current levels. Watch for a possible dip to 1660, 25-24 and 3.80 on Gold, Silver and Copper respectively before a bounce is seen.

Brent (67.27) and WTI (64.30) have both risen well in line with our expectation of testing $68-70 on and $65-67 respectively. As the prices head towards our mentioned ranges, we would be cautious to look for a corrective dip from here in the near term. Failure to face any rejection from our mentioned resistances would trigger further fresh upmove. We would watch price cation near 67-70 on Brent and 65-67 on WTI for now.

Gold (1690.60) has fallen below 1700. This is very crucial. We expect support at 1660 to hold in the near term that could produce a sharp bounce back towards 171750-1800 in the medium term. While we do not look for a break below 1660 just now, a break below that, if seen would be BIG and could indicate fresh bears setting in. Watch price action near 1660 for a sharp reversal is expected from there.

Silver (25.24) has broken below important support at 26 and now while the fall sustains, chances of seeing a fall to 25-24 is increased over the next one week.

Copper (3.9915) has also broken below support at 4 contrary to our expectation. If an immediate rise above 4 is not seen, we may expect the correction to extend towards 3.80 on the downside. Watch price action near current levels to see if a bounce takes place.

Statement from Powell yesterday that inflation could be seen rising in the short term has pulled up Dollar Index and dragged down Euro to 91.65 and 1.1950 respectively. Failure to see reversal from current levels could take them towards 92 and 1.19 respectively. USDJPY has risen well and could face rejection from 108, failure of which could open up chances of 110 on the upside in the longer run. Aussie, Pound and Eurjpy look stable just now. USDINR may attempt a rise above 73.00 while support at 72.60 is likely to hold well for now.

Dollar Index (91.65) has risen sharply yesterday but may face rejection from 92 in the near term. Watch for a possible dip from 92 in the coming sessions.

Dollar-Yen (107.92) has risen as expected and could face rejection from 108 just now. Failure to dip from there could be bullish towards 110 on the upside over the next couple of weeks. Watch price action near 108 to see if a dip materializes.

Pound (1.3896) looks ranged within 1.40-1.38 for the near term and may trade sideways for now before attempting to break on either side of the range in the coming week.

USDINR (72.8350) held well within our expected range of 72.60-73.00 yesterday. Support near 72.60 may hold today also but it would be important to see if the upside would be limited to 73 or a rise towards 73.20 could be seen especially on the back of strong Dollar and weak Euro. A break above 73, if seen would indicate a fresh upmove for the next week.

The US Treasury yields surged yesterday following the US Federal Reserve Chairman Jerome Powell’s comment that the inflation could rise because of the economy reopening. However he has reiterated that the Fed will continue to wait and stick to the current monetary policy as the current situation could be temporary. The Treasury yields keep the bullish view intact. The 10Yr is coming near a crucial resistance and will need a close watch to see if it can reverses lower fro there or not. The German yields have dipped but have support while above which the outlook will remain bullish. The 10Yr GoI has come-off sharply and has to sustain above 6.19% to keep the bullish view intact and avoid a fall.