Week Ahead: Rising Treasury Yields Will Make this an Interesting FOMC Decision 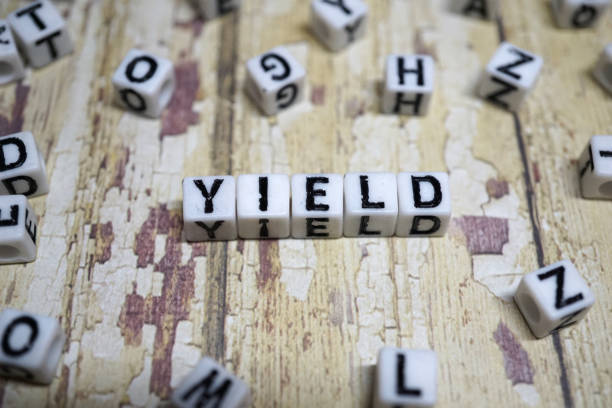 The bond market seems determined to make this an interesting FOMC policy decision. Treasury yields have been surging after the Biden administration passed the $1.9 trillion COVID relief bill and set a May 1st goal of getting vaccines to all adults. The Fed welcomes a steeper yield curve, but the current trajectory could be disruptive the economic recovery. Market participants want to know how quickly do yields need to rise to raise concerns of tighter conditions or trigger disorderly markets? The taper tantrum might get priced in a lot sooner by Wall Street, but the Fed will patiently wait until economic indicators confirm the recovery remains much later in the year.

The main event of the trading week will be the FOMC policy meeting.  The US economic recovery is starting to heat up and inflation concerns are percolating.  Fed watchers for the March 16-17 meeting will likely hear similar comments regarding short-term risks to the outlook and concerns over tighter financial conditions and disorderly markets.  Any upbeat comments on the outlook will likely bring forward rate-hike expectations.

The biggest risk to US stocks remains fears of the taper tantrum and investors will try to get in front of that momentous occasion.  In 2013, Fed Chair Bernanke sent financial markets into disarray when he said the Fed’s bank’s asset purchase programs will “wind down” as the economic outlook improves.

Bond watcher will also focus on the 20-year bond auction on Tuesday.  Anemic demand could be a catalyst that sends Treasury yields much higher.

This week’s ECB policy meeting on Thursday was noteworthy as the central bank signaled it would accelerate the pace of QE buying to cap yields.  ECB President Lagarde said the decision was made since “headline inflation is likely to increase in the coming months. This position is in stark contrast to the Federal Reserve, which is not concerned about higher yields or inflation.

The rate statement did not indicate any major changes in PEPP purchases, a sign that policymakers believe that economic conditions will return to normal by next March. The ECB announcement had an immediate effect on bond yields, with Germany’s 10-year government bond yield initially falling 2.5 basis points to -0.341%. The euro moved lower after the ECB meeting but then recovered its losses and ended the day unchanged.

The eurozone’s vaccine rollout in the eurozone has been beset by delivery problems, as the program is far behind those of the UK or the US. The latest snag is that the EU has relied on the AstraZeneca vaccine, but reports of serious side effects such as blood clots have prompted Denmark, Norway and Iceland to suspend AstraZeneca shots. This could slow down the EU vaccine campaign and the negative headlines could result in more people deciding not to get vaccinated.

Inflation in the eurozone has been on the rise. In January, headline CPI came in at 0.9% and core CPI at 1.1%. These figures will likely be confirmed in the final releases on Wednesday.

On Sunday, voters go to the polls in two German states, Baden-Wuerttemberg and Rhineland-Palatinate. On Wednesday, the Netherlands holds parliamentary elections, with the results to determine the new government.

The Bank of England holds its policy meeting on Thursday, and the Official Bank Rate is expected to remain pegged at 0.10%. The bank will likely maintain its asset purchase program at GBP 895 billion, but refrain from being too optimistic and focus on the risks to the outlook.  The BoE wants flexibility with the bond-buying program, as the UK is grappling with its worst economic slump in 300 years.

A strong US dollar has caused sharp losses for EM currencies, such as the Turkish lira. Turkey’s central bank is expected to raise rates in order to boost the Turkish lira. Analysts expect a hike between 50-bps and -100 bps at the March 18 meeting.  President Erdogan wants more support for the economy and will not be happy with a rate hike.  If Turkey sees lack of stability with who is running the central bank, that could trigger further pain for the lira.

Higher oil prices led to a sharp increase in inflation in Norway, a major oil producer. Core CPI held well above the central bank’s target of around 2 per cent. The jump in inflation in the past year could raise wage demands and add to the reasons that Norges Bank will raise rates, which currently stand at 0.25%, later in the year. The bank is likely to raise rate its hike forecasts.

State-backed investment funds’ intervention in the stock market, notably CSI 300 components, to support prices has been the main focus this week. The action by Chinese authorities highlighting their nervousness about the pace of the recent sell-off. The actions put an implicit floor under equity markets on the Mainland. If authorities step away if markets fall in the coming week for some reason, the scope of any moves lower could increase by much more than they should.

China’s NPC has all but eliminated freely elected governments going forward in Hong Kong this week. Not unexpected or market moving in itself, as, for now, the judiciary and the bedrock of Hong Kong’s commercial system remains independent. Moves on this front could provoke short-term exit flows from Hong Kong equities.

China’s Industrial Production, Retail Sales should show an improvement on Monday and will likely lift Mainland equities in the first part of the week,

Hong Kong launches the first stage of an expanded Hang Seng Index on Monday. That should be well received by markets and Hong Kong stocks could enjoy a strongly positive day.

Wednesday’s US FOMC will dictate market direction for the second half of the week.

India’s official inflation rate has moved back above 5.0% this evening with Industrial Production for January disappointing as it falls by 1.60%, a very large miss. That puts India back in a stagflationary corner. Monday’s WPI Inflation and Manufacturing, and the Balance of Payments are likely to confirm the negative story, with the rising price of oil in February expected to make its presence heavily felt, in a negative way.

The INR has proven invulnerable to US Dollar strength recently as markets priced the worst being over for India. Tonight and Monday’s data will quash those jhopes, leaving both the INR and Indian equity markets vulnerable next week. If the US bond tantrum returns with a vengeance, the sell-off locally will accelerate, India being one of the most vulnerable countries to rising US yields and commodity prices due to its weak current account and foreign currency denominated debt.

The Biden-stimulus peace dividend has vanished as quickly as it began with US yields spiking as the week ends. That has pushed both AUD/USD and NZD/USD lower, both having an acute negative correlation to US Dollar strength and higher US yields. Both currencies staged multi-month downside breakouts this week, and have retraced and failed ahead of those lines. AUD/USD and NZD/USD could each fall by 250+ points in the coming week if the US bond tantrum returns in strength.

Australia releases NAB Business and Westpac Consumer Confidence with RBA Governor Lowe speaking on Wednesday. Depending on how the US bond situation evolves, and given the recent intervention by the RBA to cap yield increases, his speech will be potentially market-moving. Expect dove feathers to fly.

Both the currencies and the stock markets of Australia and New Zealand will be at the mercy of the FOMC dot plot released early Thursday Asia time. If the taper is indicated as being closer, both currencies and equities will suffer.

Huge data week for Japan featuring Machinery Orders, Industrial Production, Inflation and the Tankan Survey. However all eyes will be on the Bank of Japan meeting on Friday. (conveniently after the FOMC) Markets will be looking for a clearer definition of the BOJ’s upper tolerance for JGB yields. If they go down their usual vacillation path, markets may well push JGB yields higher which could overflow into weaker equities.

USD/JPY continues to be at the mercy of US/Japan bond yield differentials. The technical picture suggests USD/JPY can rise to 112.00, but watch yield differentials for short-term direction. This afternoon’s price action (Friday) being a classic case in point.

Crude prices could be in for a consolidation period now that the demand outlook in Europe and Asia looks patchy.  The crude demand outlook is taking a hit from a mixed outlook in Western Europe and as India’s oil demand plummeted to the lowest levels since August.  The decline in oil prices is somewhat limited as expectations grow for Americans to deliver a much better-than-expected demand for crude this summer.  Biden’s goal of July 4th to get America “closer to normal” is a gamechanger for fuel demand forecasts.  Car bookings and plane tickets are indicating Americans are going to travel big this summer and that should help bring back fuel demand.

Brent crude will remain stuck around the $69 level until the oil demand outlook improves in Europe, which will only happen when they stop struggling with COVID-19 variants.  The US is still not in the clear over virus variant risks, but it seems that any setback would only be temporary now that much of the country is close to getting vaccinated.  Rising rig counts could provide some profit-taking in crude, but the outlook still remains very bullish over the medium-and long-term.

Gold trading will remain volatile and likely highly correlated the bond market.  Many traders anticipated a calm period for gold ahead of the FOMC policy decision after surviving three key Treasury auctions (3s, 10s and 30s) with decent demand.  It appears gold investors want to see a push back from the Fed over the move in Treasury yields.  If the Fed doesn’t signal anything and Treasury yields soar, gold could plummet $100.

Gold could eventually long-term investors now that gold ETF selling is slowing down and as inflation concerns will grow once Europe stops struggling with COVID variants.

Bitcoin mania has been wild in March and many of the crypto skeptics are abandoning their bearish calls.  Institutional and retail interest remains healthy and if risk appetite remains intact, cryptocurrencies could continue to rally.  Regulatory fears have faded into the background, but by no means are they gone.  Central banks are continuing their evaluations for digital currencies and eventually stricter measures could damage the relentless rally with Bitcoin.