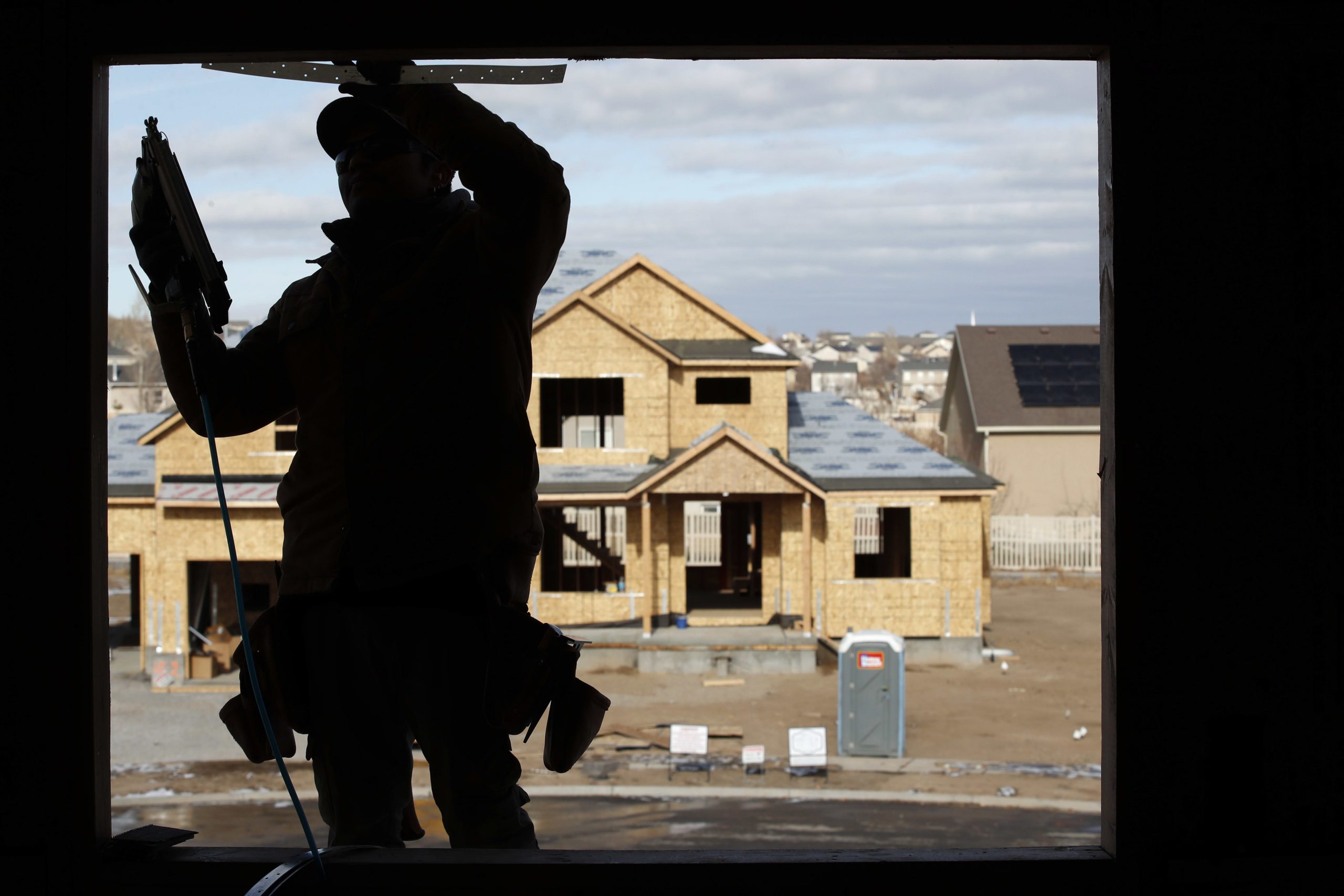 Taken together with rising mortgage rates during the month, affordability for buyers took a major hit.

The headline sales numbers were disappointing, with an 18% monthly drop to the slowest pace since last May, according to the U.S. Census. But some of the technical numbers are more telling of where builders expect their business to go.

“Though buyer traffic remains strong, some home building activity is being delayed due to material shortages,” said Chuck Fowke, chairman of the National Association of Home Builders and a builder from Tampa, Florida. “This is forcing builders and buyers to grapple with rising affordability issues, as soaring lumber prices have added more than $24,000 to the price of a new home.”

Higher interest rates, supply shortages and rising material prices are weakening affordability, pushing the median price of a new home in February up just over 5% annually.

There are other, more telling data points, as well.

The number of homes sold before construction began rose 20% year over year in February, according to the Census Bureau.

This shows that, in the context of the broader housing market, builders are seeing increased delays in getting their products to their buyers. Some of the big public builders have said in earnings releases that they are delaying construction, so as not to be building while material costs are at their latest peaks.

Likewise, the number of homes for sale that haven’t started construction was up 64% in February.

This shows that builders are seeing demand in front of them and expect sales to rise, so they are offering more unbuilt homes. It also shows how lean their current supply of built homes is.

In the latest builder sentiment survey from the NAHB, the component measuring current sales conditions fell, buyer traffic remained high and steady, and sales expectations over the next six months rose.

“It is a sign of the fact that, given time, builders have real demand/traffic in front of them, and expect to be able to build out those possible sales in the future,” said Robert Dietz, NAHB’s chief economist. “Demand is strong, perhaps weakening a little on pricing and [interest] rates. But there are delays in the construction pipeline due to materials, similar to the steel/semiconductor impact on cars.”

While some are blaming weather for the drop in new home sales as well as weaker housing starts in February, these numbers suggest that sales offices were still busy. Given the epic shortage of existing homes for sale, builders who can offer more affordable homes should see strong demand.

“So while sales activity may h