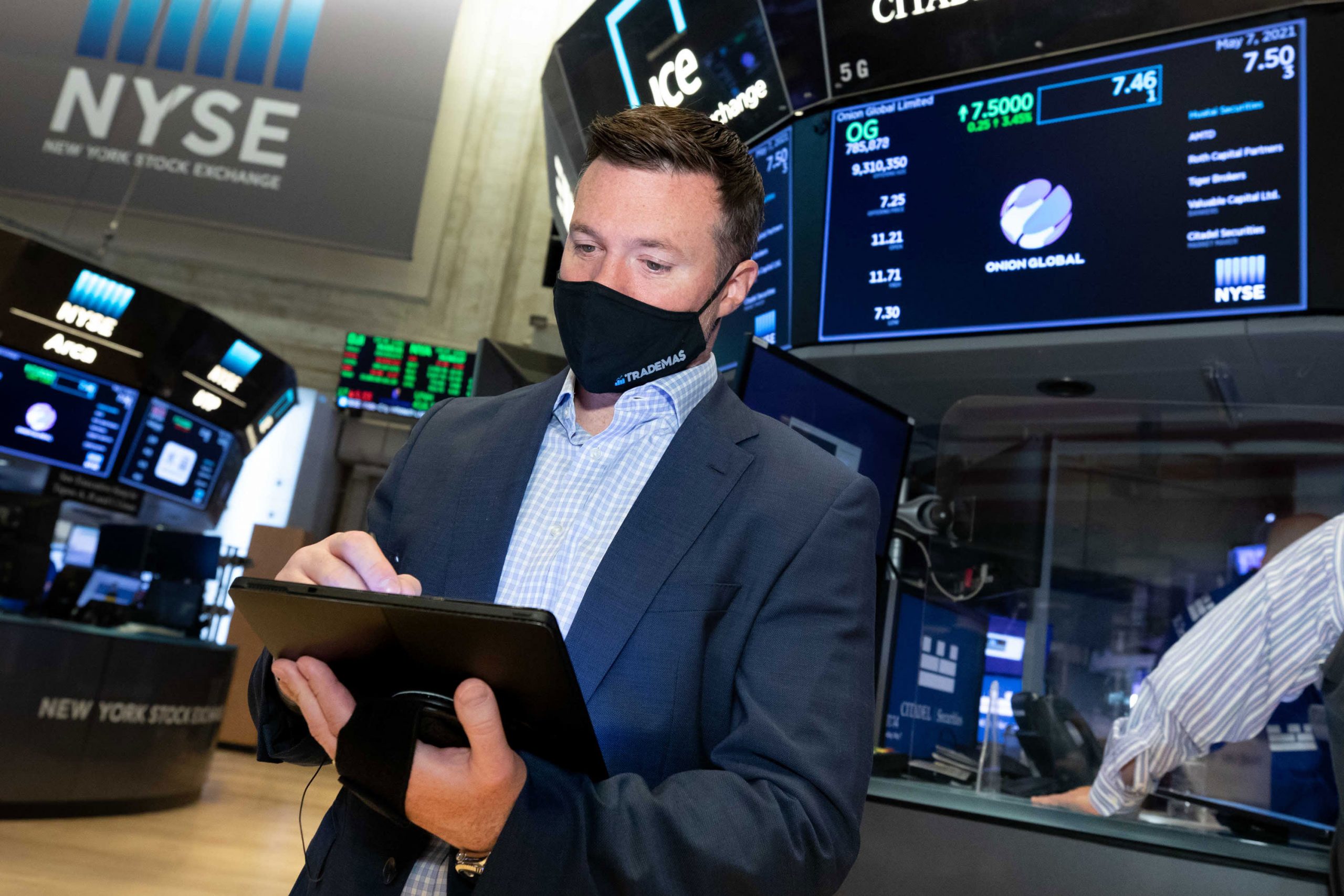 Tech shares, which have been under pressure this week and this month, were falling in the premarket again Wednesday. Shares of Alphabet, Microsoft, Netflix, Facebook and Apple were all lower in early trading. Shares of chipmakers Nvidia and AMD were also lower in the premarket.

Shares tied to the reopening also fell in the premarket. Carnival Corp, Boeing and United Airlines were lower in premarket trading.

On Tuesday, technology stocks were hit hard early in the session but eventually recovered. But the broader market remained in the red. The Dow Jones Industrial Average lost 473 points, or 1.4%, dragged down by losses in Home Depot, Chevron and Goldman Sachs. The Dow experienced its worst day since February. The S&P 500 slipped 0.9%, but avoided its second straight 1% loss.

The Nasdaq Composite ended the wild day as the relative outperformer, closing down just 0.1% after dropping more than 2% at its low of the session.

The Technology Select Sector SPDR is off by more than 1% this week and 3% this month, as investors reassess the group’s high valuations in the face of rising inflation.

Key inflation data will be released at 8:30 a.m. ET on Wednesday. April’s consumer price index is expected to grow 0.2% from the previous month, representing a 3.6% jump since last year, according to Dow Jones estimates. This jump in the headline consumer price index would be the largest since Sept. 2011.

During Tuesday’s session, the CBOE Volatility Index, a measure of fear in the markets derived by option prices on the S&P 500, jumped as high as 23.73, levels not seen in two months. The VIX was higher in early trading Wednesday.

Monday’s “sell-off in risk assets has continued through to this morning as we’re seeing red across the board,” said Brian Price, head of investment management for Commonwealth Financial Network. “There seems to be modest concern over inflation as of late and that has been cited as the primary catalyst for recent weakness in global equities.”

Investors have grown worried about the threat of inflation; however, Federal Reserve Chair Jerome Powell has said any uptick in inflation should be transitory.