Investors are worried about inflation data, but economists see it as a sign of temporary growth 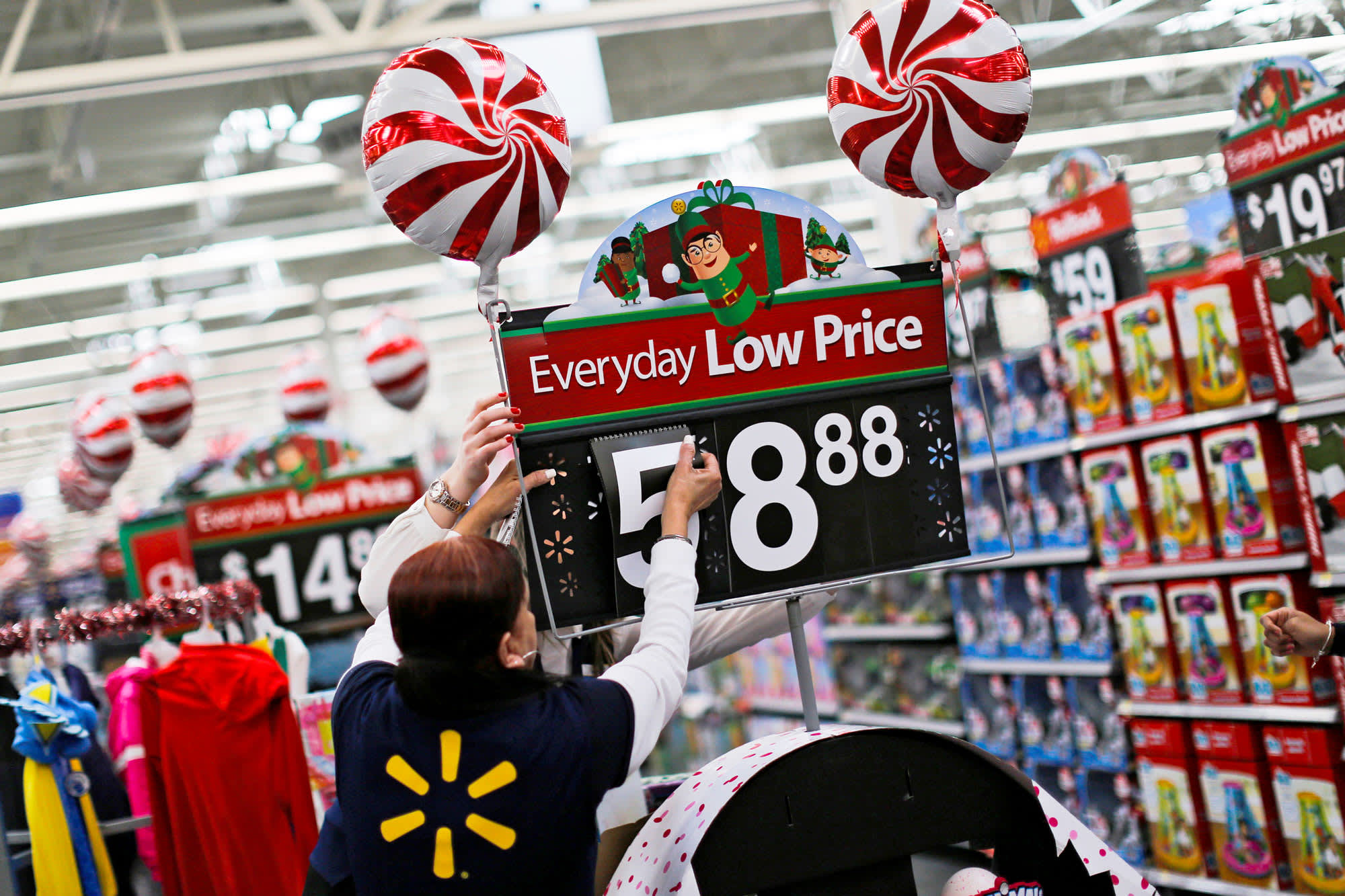 A Walmart worker organizes products for Christmas season at a Walmart store in Teterboro, New Jersey.

A little inflation might not be such a bad thing, after all.

With the Labor Department’s inflation report Wednesday spooking stock markets, and traders blaming rising prices for a broad sell-off in technology shares, attention has once again centered on how much Americans are paying for the totality of the things they consume.

The recent pickup in inflation may, in fact, be a temporary — and welcome — change for those who fear a slowdown in U.S. gross domestic product. Inflation, when controlled, is often a healthy byproduct of a growing economy, so its dormancy for much of the past decade has raised a few eyebrows.

For years, economists worried that broad macroeconomic changes — an aging population, fewer babies, the advent of automation — would keep prices anchored for decades.

Even some of Washington’s most expansive fiscal and monetary stimulus couldn’t seem to do the trick.

Despite the 2010 passage of the Affordable Care Act, an acceleration in federal debt from 52% of GDP to 74% between 2009 and 2014, and the Fed holding interest rates at zero, sustained inflation evaded lawmakers for most of President Barack Obama’s two terms.

To be sure, prices have, from time to time, exceeded the Federal Reserve’s 2% target over the last decade. Between December 2011 and April 2012, the central bank’s preferred inflation measure, the core personal consumption expenditures price index, exceeded that target.

But the type of robust, long-lasting inflation the Fed now seeks has, until recently, faded from memory. By that measure, inflation has only met or exceeded the central bank’s 2% target 14 times over the 121 monthly readings taken in the past decade.

Though economists didn’t know it then, April 2012 would be the last time Obama would see inflation above 2%. Price growth remained firmly below the threshold until well into President Donald Trump