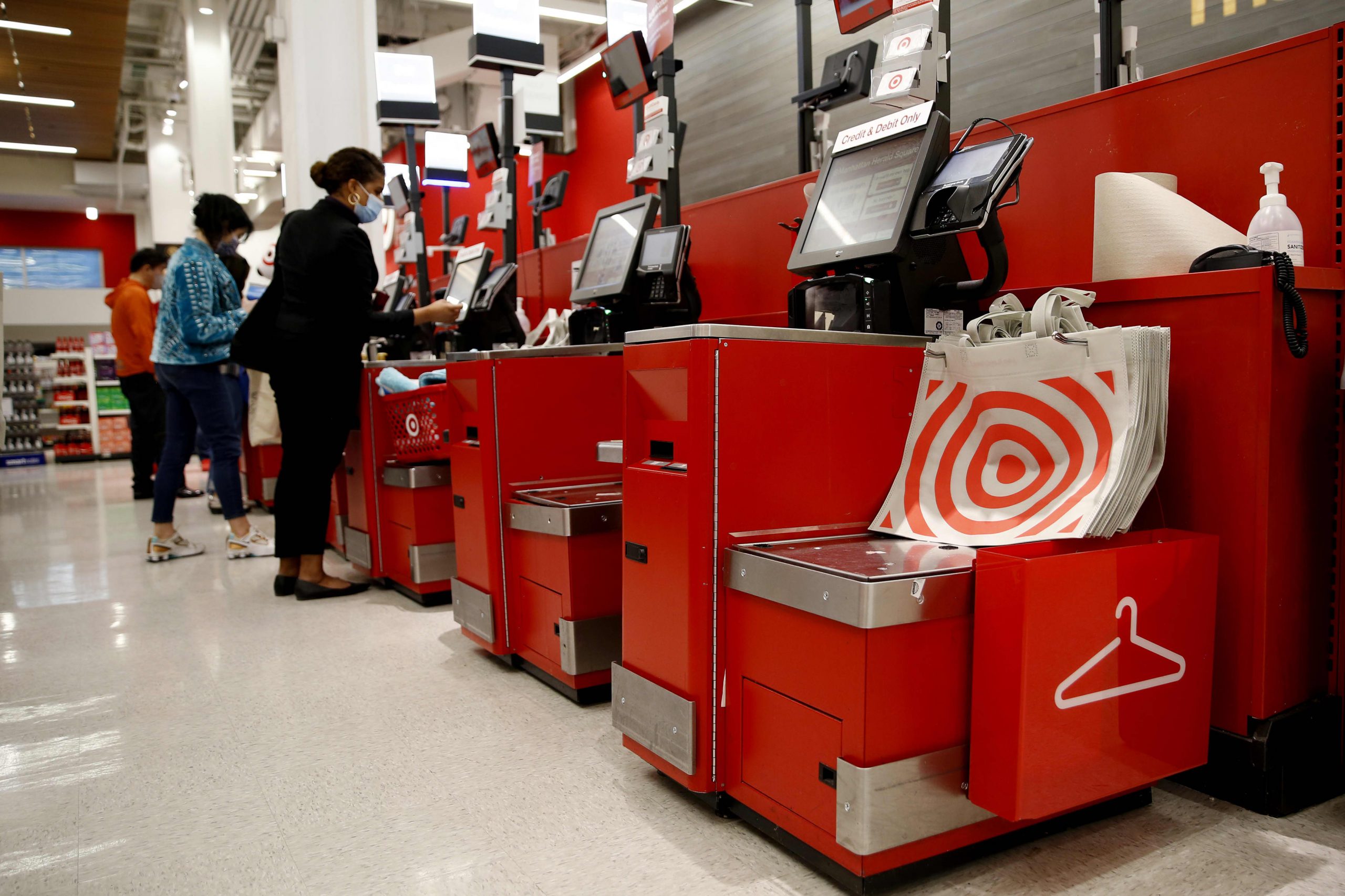 Target (TGT) – Target earned $3.69 per share for the first quarter, well above the $2.25 a share consensus estimate, with revenue also above analysts’ projections. Comparable-store sales surged 22.9%, more than double the forecast of analysts surveyed by FactSet. Target shares jumped 3.8% in premarket trading.

Lowe’s (LOW) – The home improvement retailer reported profit of $3.21 per share for the first quarter, beating the $2.62 a share consensus estimate. Revenue also topped Wall Street forecasts, and a same-store sales increase of 24.4% beat the FactSet consensus forecast of a 20.3% rise. Despite the beat, Lowe’s shares fell 2% in the premarket.

Take-Two Interactive (TTWO) – Take-Two earned 94 cents per share for its fiscal fourth quarter, beating the consensus estimate of 67 cents a share. The video game maker’s revenue also beat forecasts, as it continued to benefit from the pandemic-induced increase in video game activity. Take-Two gave a lighter-than-expected forecast, however, as confidence in vaccinations prompts more people to leave their homes. The company’s shares added 2% in premarket action.

AstraZeneca (AZN) – AstraZeneca’s Covid-19 vaccine works well as a third booster shot, according to a study by co-developer Oxford University reported by the Financial Times.

Macy’s (M) – Macy’s was upgraded to “tactical outperform” at Evercore, which notes the retailer’s outperformance in its first-quarter earnings report and what it calls a “healthier” business structure.

Wells Fargo (WFC) – Wells Fargo was downgraded to “neutral” from “buy” at UBS, which said the bank’s risk/reward profile is no longer attractive following a 59% year-to-date rise in the shares year-to-date and a 123% surge since the end of October. Its shares lost 1.3% in premarket trading.

MicroStrategy (MSTR) – MicroStrategy shares tumbled 5.8% in premarket action as the price of bitcoin dipped below $40,000 in overnight trading. The business analytics company has several billion dollars in bitcoin holdings on its books.