While Kiwi and Aussie remain the strongest ones for today, Dollar is striking back as markets enter into US session. On the other hand, Canadian Dollar is now the selling focus. Euro and Swiss Franc also turn weaker. Overall markets are mixed though, with European indexes trading water while US futures advance. Gold is maintain gains above 1900 handle in spite of the greenback’s rebound. WTI crude oil is reversing after failing near term resistance too.

Technically, USD/CAD is now a focus for the rest of the day. As the current rebound extends, break of 1.2201 support will indicate short term bottom. More importantly, that would signal that a key long term support zone of 1.2048/61 is defended. In this case, USD/CAD is probably ready for near term bullish reversal, which could spillover to other Loonie pairs. 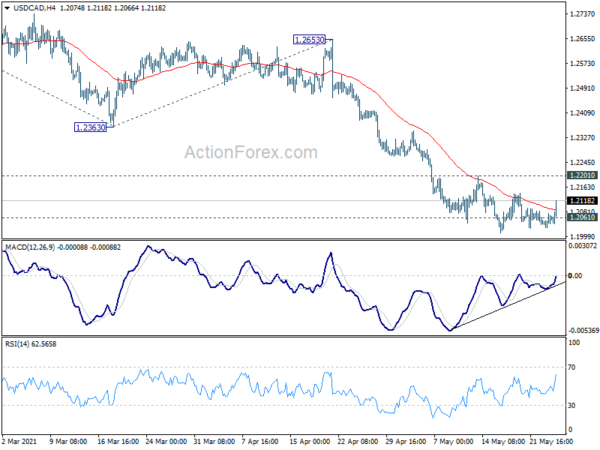 ECB Panetta: Discussion about phasing out PEPP is clearly premature

ECB Executive Board member Fabio Panetta said today that “The conditions that we see today do not justify reducing the pace of purchases, and a discussion about phasing out the PEPP is still clearly premature.”

“In fact, we are now seeing a further undesirable increase in yields after the rise we observed earlier in the year,” he added

Also, “we are far from the point where we can see self-sustained growth,” Panetta said. “A premature withdrawal of policy support would risk suffocating the recovery.”

Nevertheless, other assessments were largely unchanged. Business investment is “picking up”. Exports continue to “increase moderately”. Industrial production ins “picking up” Corporate profits are “picking up as a whole”. Employment situation shows “steady movement in some components”. Consumer prices are flat.

BoJ Suzuki: Desirable to constrain pace of increase in ETFs and J-REITs purchases

BOJ board member Hitoshi Suzuki said in a speech that it’s important for the central to “conduct purchases of ETFs and J-REITs while paying attention to its financial soundness.” As the EFT and J-REIT holdings increase, “the impact on the Bank’s balance sheet will become large.”

Hence, “it is desirable for the Bank to constrain the paces of increase in their amounts outstanding as much as possible by conducting the purchases flexibly; it will decisively conduct them on a large scale during times of heightened market instability while refraining from conducting them during normal times.”

The RBNZ delivered a less dovish message in May than a month ago. While leaving all monetary policy measures unchanged, it upgraded the inflation forecast and revised lower the unemployment rate. The central bank also pushed forward the first rate hike to 3Q22. Kiwi rallied to highest since February after the news.

More in Kiwi Rallies as RBNZ Suggests that Rate Hike can Come in as Soon as Next Year.

Gold’s up rally continues this week and breaks above 1900 handle, hitting as high as 1907 so far today. The correction from 2075.18 should have completed with three waves down to 1676.65 already. Further rise is now expected to 1959.16 resistance first. Break will further affirm this bullish case and target a test on 2075.18 high. Break of 1845.31 resistance turned support is needed to indicate short term topping, or outlook will remain bullish in case of retreat. 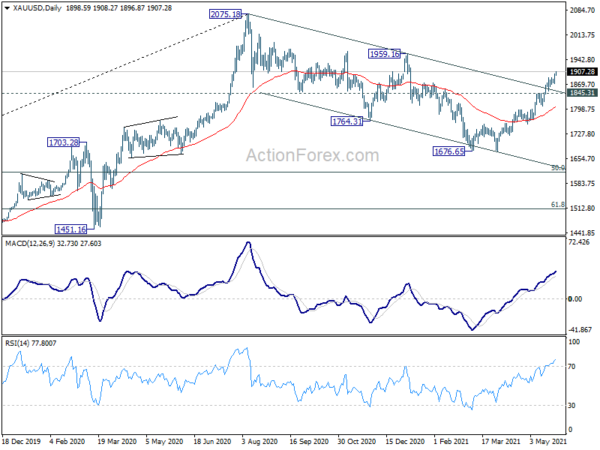 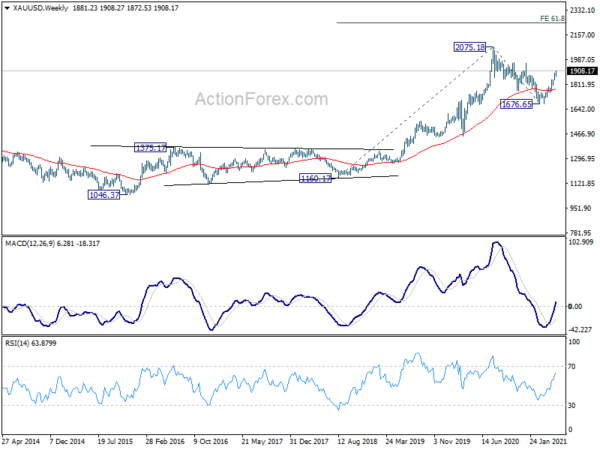 Intraday bias in EUR/USD is turned neutral with current retreat. But further rise is expected with 1.2160 support intact. Above 1.2265 will resume the rise from 1.1703 to retest 1.2347 high. Firm break there will resume larger up trend from 1.6039 for 1.2555 cluster resistance next. On the downside, however, break of 1.2160 support will delay the bullish case. Intraday bias will be turned back to the downside to extend the consolidation pattern from 1.2348 with another falling leg. 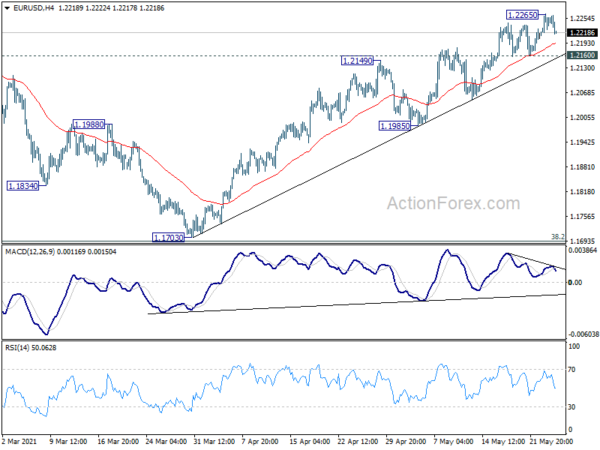 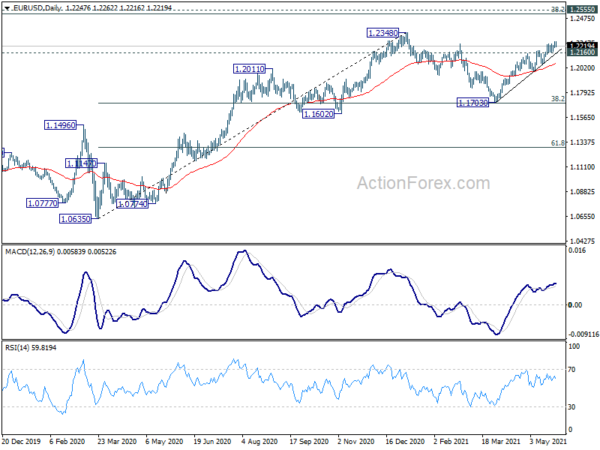