New Zealand Dollar ended as the strongest one last week, boosted by hawkish expectation on RBNZ. Though, the Kiwi’s strength didn’t provide much support to other commodity currencies, as Aussie and Loonie were indeed the worst performing ones. Yen and Dollar followed Kiwi as the next strongest, while European majors were mixed, with Sterling at a lower hand.

We’d like to argue that firstly, Kiwi’s overall strength was not confirmed yet, as both NZD/USD and NZD/JPY were just range bound. Resilience in Dollar and Yen were helped by indecisiveness in risk sentiments. In particular, Dollar’s momentum was actually not too convincing. Yet, developments in stocks and yield could to give Dollar another rising leg before it heads south again.

Kiwi surged on RBNZ, but broad based strength not secured yet

New Zealand Dollar’s strong rally was fueled firstly by RBNZ’s surprised halt of its asset purchase program, starting July 23. Then, much stronger than expected Q2 CPI reading, which blown away RBNZ’s own forecasts, triggered talks the central bank could raise interest rates as soon as in August, as many as three times this year. 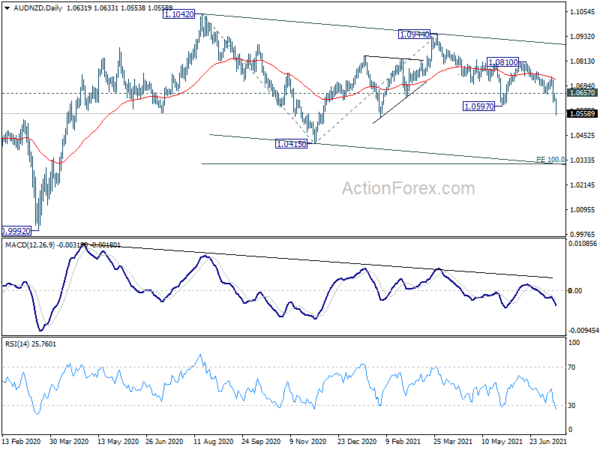 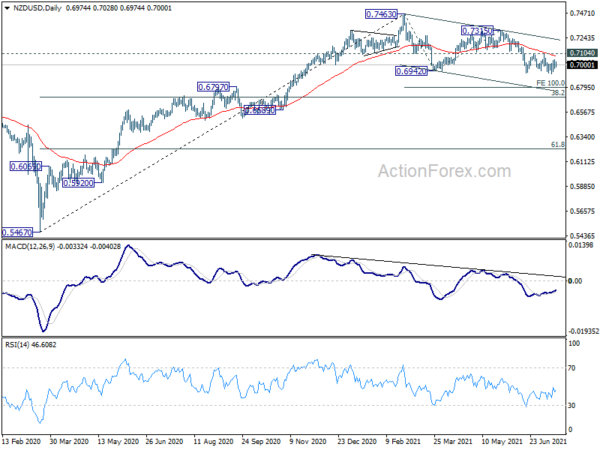