Australia Dollar rebounds notably after RBA surprised markets by sticking to its tapering plan. Kiwi appears to be a touch stronger, but Aussie is not far away. Yen is also firm on falling treasury yields. On the other hand, Canadian Dollar is trading generally lower as oil price retreated. Dollar is following as next weakest and then Sterling. 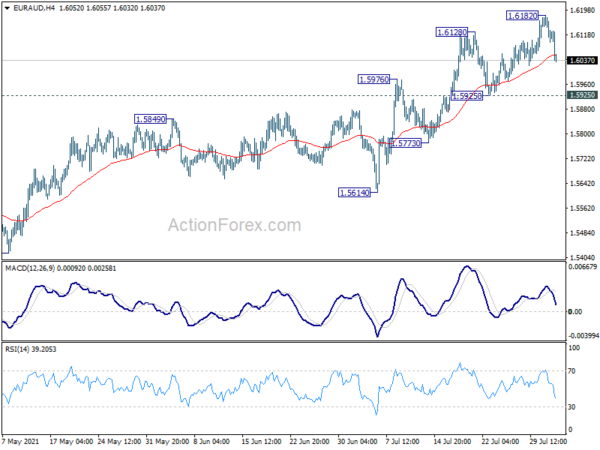 RBA maintained cash rate target unchanged at 0.10%. Also, target for April 2024 government bond yield was also kept at 0.10%. More importantly, it maintained the tapering plan unchanged. Weekly purchases will be lowered from AUD 5B to AUD 4B starting early September, until at least mid-November.

RBA also pledged to “maintain its flexible approach to the rate of bond purchases”. The conditions for rate hike is not expected to be met before 2024.

The central bank said the outlook for the coming months is “uncertain” and depends up on the “evolution of the health situation and the containment measures”. Then, the central scenario is for the economy to grow by “a little over 4 per cent over 2022 and around 2½ per cent over 2023.”

Fed Waller: Depending on job growth, could be ready to announce tapering in Sep

Fed Governor Governor Christopher Waller told CNBC that if August and September jobs report show growth in 800k range, that would be “substantial progress”. Fed could then be “ready to do an announcement in September” on tapering asset purchases.

“That depends on what the next two job reports do,” he added. “If they come in as strong as the last one, then I think you’ve made the progress you need. If they don’t, then you’re probably going to have to push things back a couple months.”

“In my view, with tapering we should go early and go fast in order to make sure we’re in position to raise rates in 2022 if we have to,” he said. “I’m not saying we would, but if we wanted to, we need to have some policy space by the end of the year.”

Waller also expected inflation to return to normal once the impacts of the pandemic wane. “My concern is just anecdotal evidence I’m hearing from business contacts, who are saying they’re able to pass prices through. They fully intend to. They’ve got pricing power for the first time in a decade,” he said. “Those are the sorts of issues that make you concerned that this may not be transitory.”

US benchmark treasury yields dropped sharply overnight on concern of the spread of delta variant in the country. According to latest CDC data, There were more than 72k new COVID cases a day on average in the US in the last seven days. That’s a level not seen since February. The fall in treasury yield lifted Yen generally higher, in particular against Dollar. 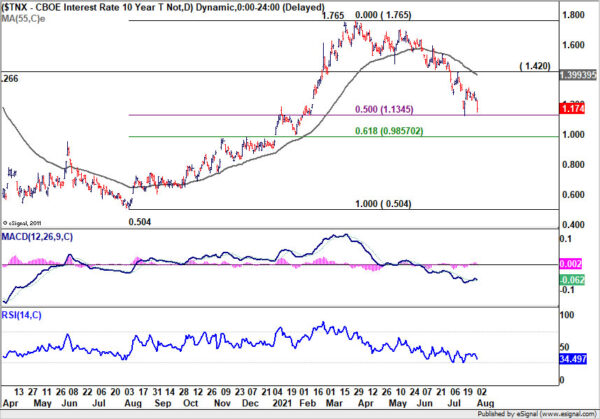 Looking ahead, Swiss SECO consumer climate and Eurozone PPI will be released in European session. Canada will release PMI manufacturing later in the day. US will release factory orders. 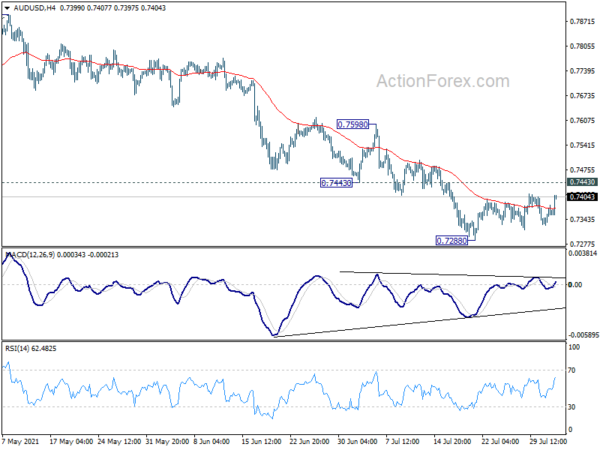 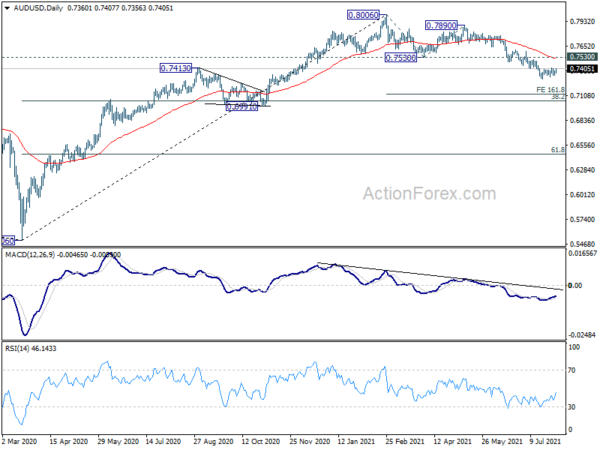