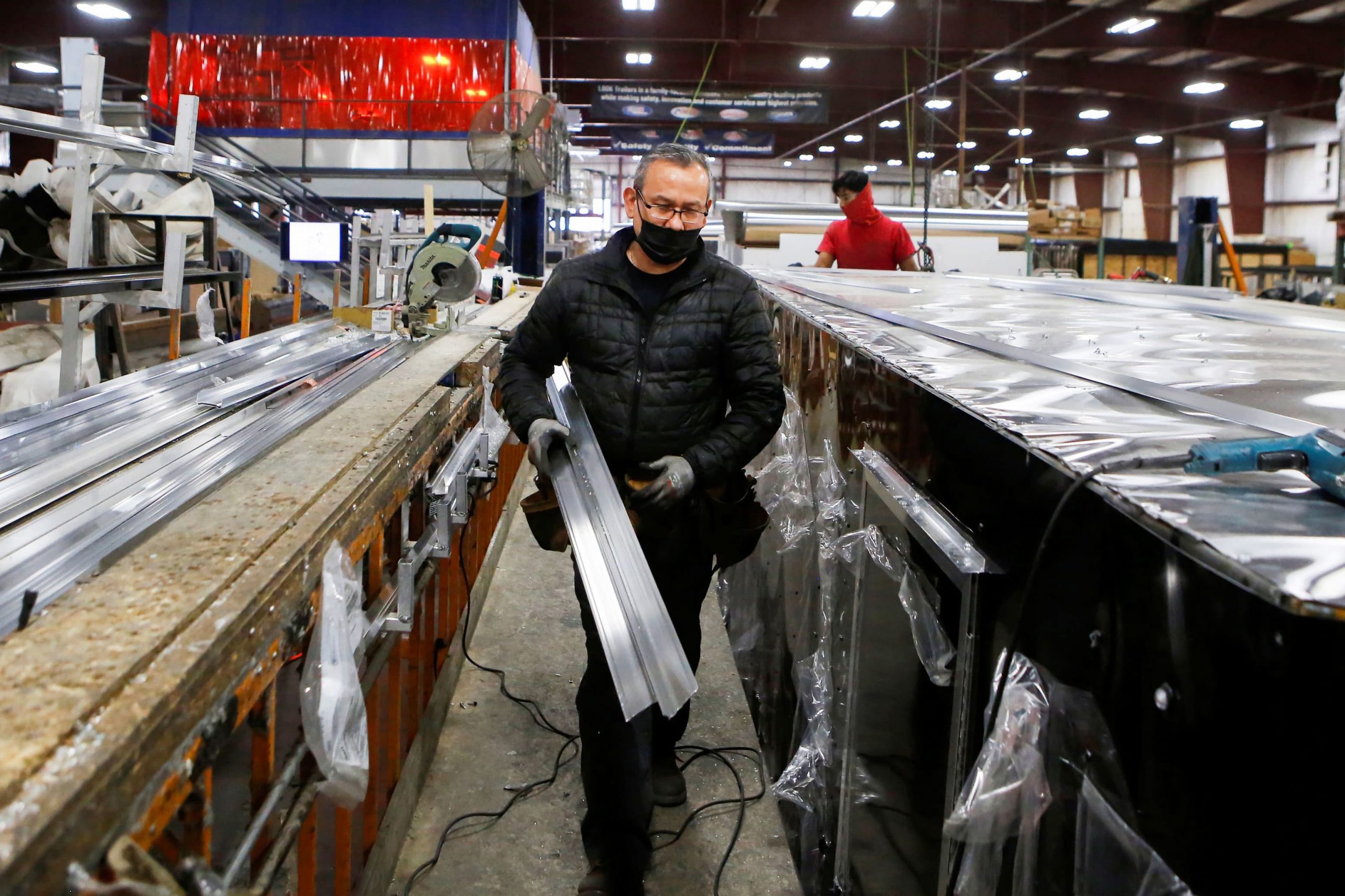 Hiring rose in July at its fastest pace in nearly a year despite fears over Covid-19’s delta variant and as companies struggled with a tight labor supply, the Labor Department reported Friday.

Nonfarm payrolls increased by 943,000 for the month while the unemployment rate dropped to 5.4%, according to the department’s Bureau of Labor Statistics. The payroll increase was the best since August 2020.

Economists surveyed by Dow Jones had been looking for 845,000 new jobs and a headline unemployment rate of 5.7%. However, estimates were diverse amid conflicting headwinds and tailwinds and an uncertain path ahead for the economy.

Average hourly earnings also increased more than expected, rising 0.4% for the month and are up 4% from the same period a year ago, at a time when concerns are increasing about persistent inflationary pressures.

“The data for recent months suggest that the rising demand for labor associated with the recovery from the pandemic may have put upward pressure on wages,” the BLS said in the report, though it cautioned that the Covid impact is still skewing data and wage gains are uneven across industries.

Markets reacted positively to the report, with the Dow and S&P 500 hitting new record highs at the open Friday morning.

“It feels like a Goldilocks report. You have not too hot in terms of wages, but not too low in terms of job gains,” said Beth Ann Bovino, chief U.S. economist at S&P Global Ratings.

The drop in the headline unemployment rate looked even stronger considering that the labor force participation rate ticked up to 61.7%, tied for the highest level since the pandemic hit in March 2020. A separate calculation that includes discouraged workers and those holding jobs part-time for economic reasons fell even further, to 9.2% from 9.8% in June.

“This not only was a strong jobs report by nearly every measure, it also signals more good things to come,” said Robert Frick, corporate economist at Navy Federal Credit Union.

As has been the case for the past several months, leisure and hospitality led job creation, adding 380,000 positions, of which 253,000 came in bars and restaurants. The sector took the hardest hit during the pandemic but has been showing consistent gains during the economic reopening.

The unemployment rate for leisure and hospitality tumbled to 9% in July from 10.9% in June and compared to 25% a year earlier, though there are still about 1.8 million fewer workers than prior to the pandemic. Wages in the sector rose 1.2% month over month and are up 3.1% from a year earlier.

Education also showed strong gains, with 261,000 new hires. The BLS cautioned, however, that the pandemic has distorted the sector’s numbers and likely elevated the number for July.

That also left private payrolls up 703,000 for the month, about in line with expectations.

The numbers come amid a rush of new coronavirus cases in the U.S. and around the world, with the most serious illnesses happening in areas with larger unvaccinated populations. The increase has raised fears that it could slow economic activity in a recovery that began in April 2020 and has shown resilience despite the periodic flareups of Covid cases.

At the same time, the U.S. is fighting a continuing battle with a scarcity of labor.

Job placement site Indeed estimated there were 9.8 million job openings as of July 16, far more than the 8.7 million considered unemployed. In a survey of 5,000 job seekers, however, the amount of those citing health concerns as a reason for not looking for a job declined, with a growing number citing a lack of need due to a financial cushion as the top response.

The unemployment rate has tumbled from pandemic high of 14.8% but remains well above the 3.5% before the crisis. Federal Reserve policymakers have vowed to keep ultra-easy monetary policy in place until they see stronger signs of full employment, though Democratic Sen. Joe Manchin on Thursday criticized the central bank, saying it was risking runaway inflation in its jobs quest.

“Although there have been some cracks in the armor, today’s jobs number sh