Trading in the Asian markets is relatively subdued again. Asian stocks are mixed even though DOW and S&P 500 rose to new record highs overnight. Dollar continues to fail to find a committed direction. While the greenback remains firm against Euro, Swiss Franc and Yen, it clearly lacks upside momentum against commodity currencies. With a light calendar today, the markets could need to wait for next week to come back to life.

Technically, one development to note is that Sterling is apparently turning weaker against both Euro and Yen. There is prospect of more weakness in the Pound in these two crosses. That, if happens, could trigger deep pull back in GBP/USD through 1.3766 minor support, which in turn feeds back into EUR/GBP and GBP/JPY. 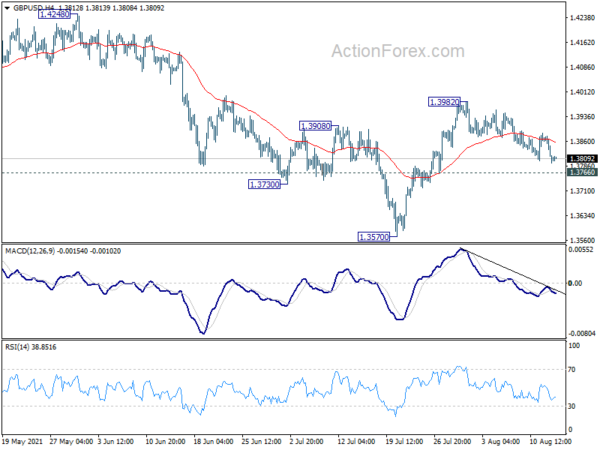 However, the position of negative comments (51.4%) still remained higher than positive ones (48.6%). Increased domestic and overseas orders was the common factor for positive comments. In contrast, tight labor market, supply chain issues and raw material costs were the negatives.

BNZ Senior Economist, Craig Ebert stated that “while New Zealand’s PMI is doing exceptionally well, we are also conscious of the headwinds happening for global manufacturing. This is on account of the resurgence of COVID19 in its delta strain.”

New Zealand Dollar is one of the better performers this week, together with Australian and Canadian. Nevertheless, it’s just stuck in range against Dollar for now. NZD/USD is extending the range pattern from 0.6879. The failure to break through 55 day EMA firmly is keeping near term outlook bearish.

Overall, price actions from 0.7463 are seen as correcting the whole up trend from 0.5467. Downside momentum is diminishing as seen in daily MACD. Hence, in case of another fall, strong support would likely be seen from 38.2% retracement of 0.5467 to 0.7463 at 0.6701 to contain downside. On the upside, break of 0.7104 resistance will suggest that the correction has completed and bring stronger rebound back to 0.7315/7463 resistance zone. 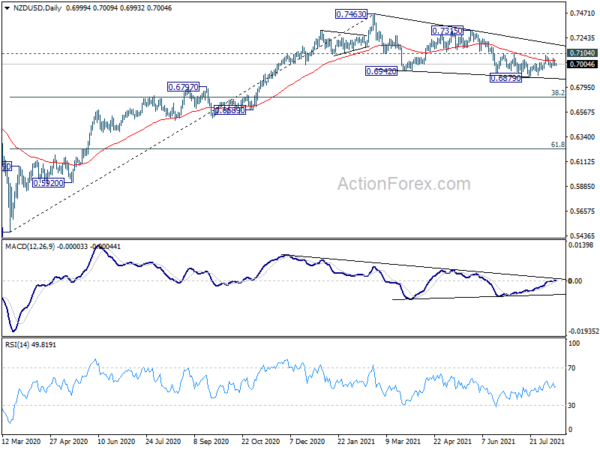 Swiss PPI and Eurozone trade balance will be released in European session. US will release import price and U of Michigan consumer sentiment. 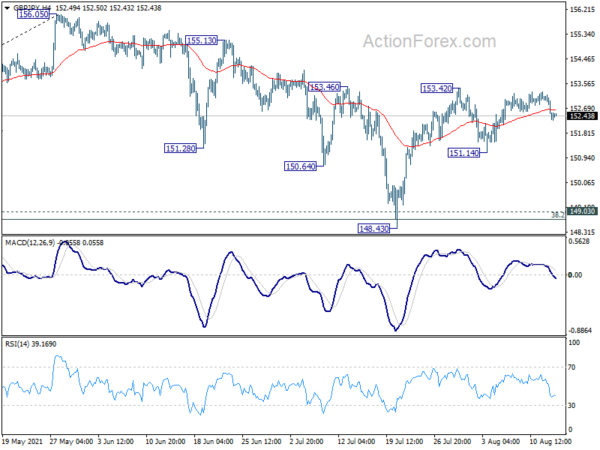 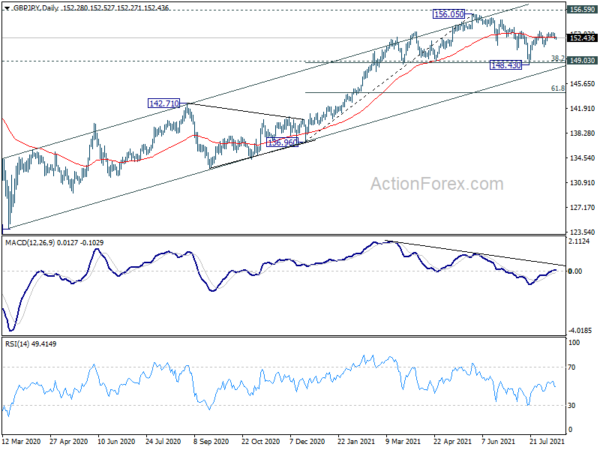