Week Ahead – Fed Minutes the Highlight 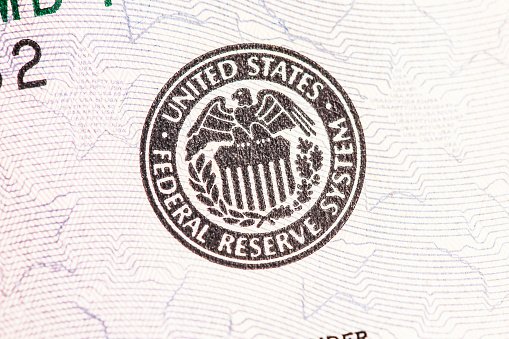 Inflation data this week provided some light relief in the markets, even if it has probably done nothing to influence the Federal Reserve ahead of a significant few months. The economy is strong, the labour market is seeing major improvements and while inflation is not a problem, it’s also not something to ignore altogether.

Tapering is coming and September looks the most likely time for the announcement, be it to begin immediately or later in the year. Jackson Hole could see Chair Jerome Powell lay the groundwork for any announcement and even drop hints on the timing and pace.

Fed minutes next week is the most noteworthy release. After numerous Fed speakers over the last couple of weeks though, it may not hold too many surprises. Retail sales, jobless claims, Philly Fed, building permits and housing starts are also notable. But in reality, focus is very much on Jackson Hole now.

Next week offers a small selection of data for the euro area, most notably the flash employment change and GDP figures. The data has been encouraging for the bloc recently, with the developments on the vaccine rollout driving confidence in the region.

That said, the ZEW data this week suggests businesses are still very cautious on the recovery. The expectation that there will be another surge in Covid cases and the belief that growth will soften as a result of that already achieved were behind the downbeat assessment of the outlook.

Plenty of cause for optimism in this weeks GDP data, with the economy now only 4.4% below its Q4 2019 peak. Growth in June exceeded expectations ahead of final restrictions being lifted in July. As yet, the reopening has gone well, with cases not rising to an uncomfortable level, hospitalisations manageable and fatalities still low.

The “pingdemic” and associated labour shortages have been a slight drag for the economy in recent months but broadly speaking, it’s looking in good shape going into the final months of the year.

Unemployment, earnings, inflation and retail sales data next week should keep the pound active. The BoE has recently opened up on tightening plans in the coming years but we’re still quite a way from that at this stage, despite the progress in the economy. New purchases under its QE program will continue until the end of the year, as planned.

GDP and PPI data released next week. The central bank recently raised rates to 6.5% and warned that more may follow.

Retail sales and inflation data due in the middle of next week.The central bank previously left interest rates unchanged and signaled a hike may be considered later in the year, which makes the inflation data on Wednesday all the more interesting. CPI is expected to fall from 4.9% to 4.2%.

The CBRT surprised markets in leaving interest rates unchanged at 19% last month, just above the current rate of inflation and in-keeping with the promises made by Governor Şahap Kavcıoğlu when he took the role earlier this year.

This is despite continued pressure from President Erdogan who has repeatedly stressed his belief that higher interest rates stoke inflation, the opposite of what is widely believed to be true. Erdogan has continued to push for rate cuts and Kavcıoğlu may have the opportunity to later this year if inflation drops as the CBRT expects. Otherwise, he may suffer the same fate as his predecessor Naci Ağbal.

The lira is going to remain vulnerable to sell-offs as a result with Erdogan clearly not afraid to pull the trigger.

Government regulatory risk continues to dominate China equity markets, with state bodies releasing a new 5-year plan this week stating that this process will continue and expand. The question on everybody’s lips being, who is next? China equities remain under pressure this week and are set to do so going forward as markets rebalance pricing to find the equilibrium between attractive multiples and government risk. We’re not done yet. Hong Kong, home to the listings of China tech heavyweights, and the CSI 300, will continue to struggle.

Covid’s delta-variant has spread to more cities, although cases remain low. An escalation in cases is a key risk for China and the region. More notably, the two busiest ports in the world, Shanghai and Ningbo have been partially shut after cases were discovered there. That threatens knock-on effects in both China and across the globe and readers should monitor this situation closely. Asian equities fell on Friday in no small part because of this.

China releases activity data for July on Monday. It features Industrial Output, Fixed Asset Investment and Retail Sales. Markets are already nervous about the virus and data indicating China’s growth is slowing. Poor numbers will see China equities hit hard and that will have a similar effect across the region. We expect no change to the one and five-year Loan Prime Rates on Friday despite a recent RRR cut.

The Indian Rupee is befitting from strong international inflows as overseas investors switch funds from China to opportunities in India’s equity markets. USD/INR fell this week despite a generally strong US Dollar globally. A sell-off in China markets on Monday if the data is poor will almost certainly spill over into other Asian currencies and equity markets, including India.

India releases WPI inflation on Monday but with the RBI staying on hold at the latest policy meeting, it is unlikely to have much impact if it remains around 11.0%. A much lower number will be positive for the INR and local equities. A much higher number will have the opposite effect as the country’s stagflation woes deepen.

No other significant data.

Australia’s virus containment lockdowns continue to spread across the country with Canberra joining the lockdown and Sydney cases showing no signs of slowing. Equity markets continue to ignore this reality and its probable knock-on effects, content to follow Wall Street and firm commodity prices. Readers should watch those for directional indications. Australian Unemployment on Thursday should only cause short-term volatility. The Australian Dollar remains soft on globally cautious risk sentiment due to the delta-variant, and a very dovish RBA.

By contrast, New Zealand continues to print blockbuster data releases indicating an economy overheating. A rate hike of 0.25% this week by the Reserve Bank on the 18th is highly likely and the only question is whether they indicate whether another two or three will occur this year in the statement. Unsurprisingly the NZD continues to outperform, particularly against low yielders like AUD and JPY.

There is an outside chance the RBNZ could go all in and hike by 0.50% on Wednesday and indicate more hikes to follow this year. In that case NZD/USD could well rally by 150+ points and AUD/NZD could fall by 200-300 points.

Japan releases Q2 GDP on Monday, but its impact will be zero as Q2 is now old news. The Trade Balance on Wednesday will be of slightly more interest, with CPI on Friday expected to remain at 0.10% in 25 years of business as usual. Talk that PM Suga will enact another $270 billion stimulus has not moved markets.

Japan equity markets continue to ignore the Covid-19 situation, like Australia, with local investors happy to slavishly follow Wall Street’s FOMO gnomes. That could change next week as the Covid-19 situation in Japan continues to go from bad to worse. Notably, a Tokyo health official stated that they had lost control of the situation in the city. Japan’s restriction measures have the consistency of wet paper, and if the government signals a tightening finally, equities and the Yen will suffer. Most likely they will continue to sit like possums in the headlights and analysis paralysis themselves to a standstill.

USD/JPY has dissolved into a purely US/Japan interest rate differential play and the cross rallied sharply in the past week as US yields firmed notably. If US yields stay at present levels, USD/JPY may test 111.00 in the week ahead.