The Canadian Dollar Is Trading Slightly Lower In The USD/CAD 1.254 Area 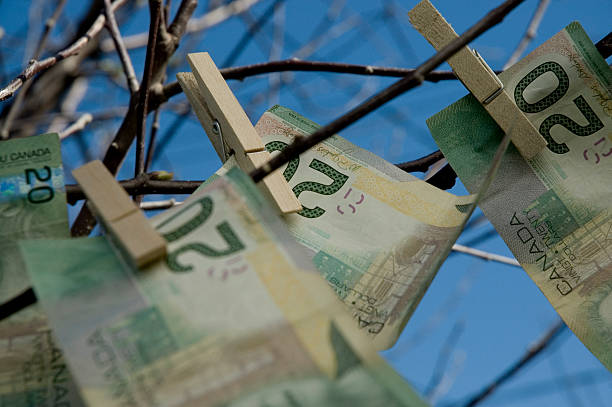 Failure to take out support levels in both EUR/USD and EUR/GBP triggered return action higher in thin Summer trading conditions. EUR/USD 1.1704/1.1695 support is the current stop to the August dollar rally after last Wednesday’s CPI print -” high, but in line with expectations -” couldn’t give the extra push in the back. Sterling at EUR/GBP 0.8470 no longer benefited from the Bank of England’s momentum early August when it delivered a fresh and more hawkish forward guidance. The currency pairs respectively closed at EUR/USD 1.1797 and at EUR/GBP 0.8504. Similar dynamics as in USD were at play in US yields. The August leap higher stranded on Wednesday followed by a rather steep drop on Friday as investors digested last week’s supply operation well. An unexpectedly weak University of Michigan consumer confidence (lowest since December 2011) added to the mood and moves in USD and US yields. Details showed that consumers are becoming more reluctant to spend as higher prices bite. US yields declined by 1.5 bps (2-yr) to 8.2 bps (10-yr) in a daily perspective. The German yield curve flattened slightly with daily changes ranging from +0.8 bps (2-yr) to -1.5 bps (30-yr).

Asian risk sentiment suffers a setback this morning with Japan (-1.5%) underperforming despite a better-than-expected Q2 GDP release. Local Covid-issues are the main concern (see below). A stronger yen also weighs with USD’s correction lower on Friday and this morning being most outspoken in USD/JPY. The pair opened at 110.41 on Friday to currently change hands one big figure lower. Geopolitics (Taliban taking control of the Afghan capital Kabul) and slowing Chinese growth momentum at the start of Q3 dampen the general risk mood. Retail sales (8.5% Y/Y from 12.1% Y/Y vs 10.9% Y/Y forecast), industrial production (6.4% Y/Y from 8.3% Y/Y vs 7.9% Y/Y forecast), and investments (10.3% YTD Y/Y from 12.6% YTD YoY vs 11.3% YTD YoY forecast) all disappointed in July. The Delta variant outbreak is the main culprit, especially for the hit on consumption. Chinese stocks this morning outperform as the weaker data strengthen the case for additional PBOC policy easing. Global core bonds extend Friday’s gains this morning with European equity futures pointing at losses at the open. The dollar stabilizes following Friday’s decline and even seems to be getting the upper hand over sterling and the euro in a risk-off market climate. Today’s eco calendar is empty apart from the August Empire Manufacturing Survey which will probably play second fiddle next to risk sentiment. Other highlights this week include US retail sales (tomorrow), EMU Q2 GDP numbers (Tuesday), and minutes of the July FOCM meeting. The Reserve Bank of New Zealand (Wednesday; first rate hike?) and Norges Bank (Thursday; preparing September hike?) hold policy meetings.

The Japanese government is expected to extend and broaden the (non-enforceable) state of emergency in regions including Tokyo to the middle of September, a Japanese newspaper reported. The current state is due to expire end of August. The country struggles to contain the spread of the virus as pandemic fatigue hits and summer vacations are seen contributing to the latest Covid surge. The report weighs on sentiment, overshadowing better-than-expected Japanese growth figures. Q2 GDP rose with 0.3% q/q vs 0.1% expected with both private consumption (0.8% q/q) and business spending (1.7% q/q) delivering a larger than expected contribution.

Canadian prime minister Trudeau on Sunday called an early election for September 20. Trudeau said he needs a new mandate to have the public behind the government’s Liberal plan to recover from the pandemic, adding that the measures in it will have an impact lasting for decades. Polls suggest the Liberals will win this third consecutive election but that it might be difficult to regain a majority in the House of Commons. Another minority administration would leave Trudeau’s party relying once more on the New Democrats for passing legislation. The Canadian dollar is trading slightly lower in the USD/CAD 1.254 area.