Economic activity bounced back in June from COVID’s spring wave, this week’s Canadian GDP data should confirm. We’re tracking a 0.8% increase in June GDP—slightly above Statistics Canada’s early estimate of 0.7%. That would retrace the declines posted in April and May, and would leave output up a relatively modest 2.5% (annualized) in the second quarter. But the re-opening of the economy has likely sparked another sizable gain in July. Activity in the manufacturing sector is still constrained by ongoing supply chain disruptions, and residential investment likely cooled as housing markets started to come off the boil in Q2. Still, consumer spending on services has strengthened, particularly in the travel and hospitality services industries hardest hit during the pandemic. Spending on food services jumped 20% in June, and our own tracking of card transactions suggests another sizeable gain in July–resembling a similar surge in the U.S. last spring that took food service sales quickly back above pre-pandemic levels.

How sustainable those gains are in the near-term depends heavily on the virus, which has continued to rise in most regions of Canada over the last week. Still, vaccination rates are relatively high, and that is expected to limit the extent of potential future containment measures. The virus spread has, at a minimum, trimmed some of the upside risk to the near-term outlook, but the drag on economic activity from the pandemic in the second half of 2021 is still expected to be significantly smaller than in the first. 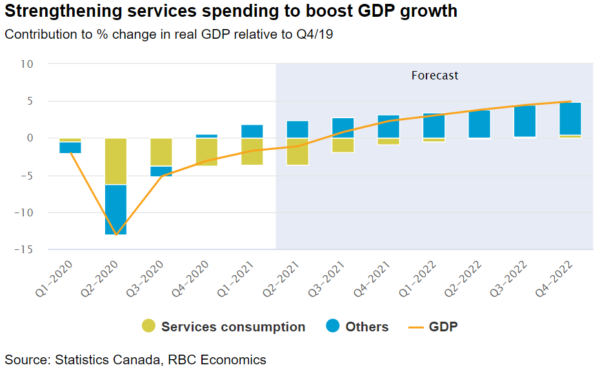 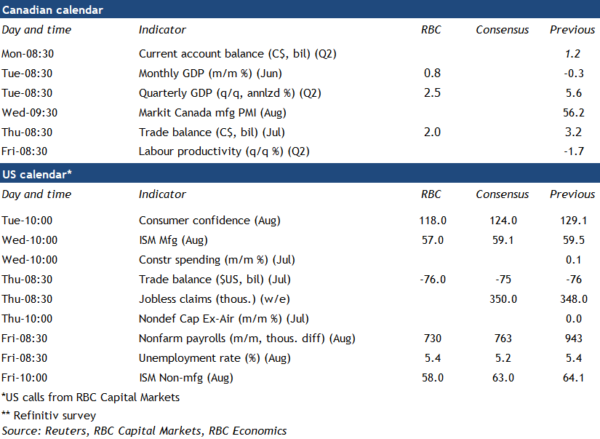