Dollar’s recovered continued in Asian session today, partly supported by hawkish comments from a Fed official. Mixed sentiments in the stock markets also stabilized the greenback. Instead, commodity currencies continued to reverse some gains. Main focus today will turn to BoC policy decision but that would likely be a non-event. Based on current price actions, Canadian Dollar has the prospect to weaken slightly for the near term after clearing this risk.

Technically, one focus is 1.2706 resistance in USD/CAD. Break there will suggests that pull back from 1.2947 has completed and bring stronger rebound to retest this high. At the same time, we’d look at 1.1792 support in EUR/USD and 1.3730 support in GBP/USD. Break of these levels will indicate more broad based rebound in Dollar, which could also be seen elsewhere.

Fed Bullard: Taper will get going this year

In an FT interview, St Louis Fed President James Bullard maintained the view that “the big picture is that the taper will get going this year and will end sometime by the first half of next year.”

The weak August NFP report didn’t alter his view on job market recovery. “There is plenty of demand for workers and there are more job openings than there are unemployed workers”, he said. “If we can get the workers matched up and bring the pandemic under better control, it certainly looks like we’ll have a very strong labour market going into next year.”

He also said there is “also a case” that inflation wont moderate into 2022, and may go higher, due to ” additional supply constraints coming from international sources now because of the Delta variant.”

BoC is generally expected to keep monetary policy unchanged today. In particular, the weekly asset purchases pace will be held at CAD 2B. Interest rate will be maintained at 0.25%. It’s clearly in a wait-and-see mode due to conflicting developments of disappointing economic activities and rising inflation, as well ass higher vaccination but worsening Delta infections. Additionally, a major risk event of federal election is less than two weeks away. The central bank should wait for new economic projections next month before making a move. Also, there is no press conference after the meeting today. Overall, it could be a non-event.

Some previews on BoC:

EUR/CAD is a pair to watch for the rest of the week with BoC and ECB meeting featured. Price actions from 1.4580 low are seen as a corrective pattern and hence, medium term outlook is staying bearish for now. While a downside breakout is slightly favored, we’d not seeing any indication of it yet. Hence, range trading will likely continue for a while. Medium term, any rally attempt could face strong resistance from 38.2% retracement of 1.5991 (2020 high) to 1.4580 (2021 low) at 1.5119. 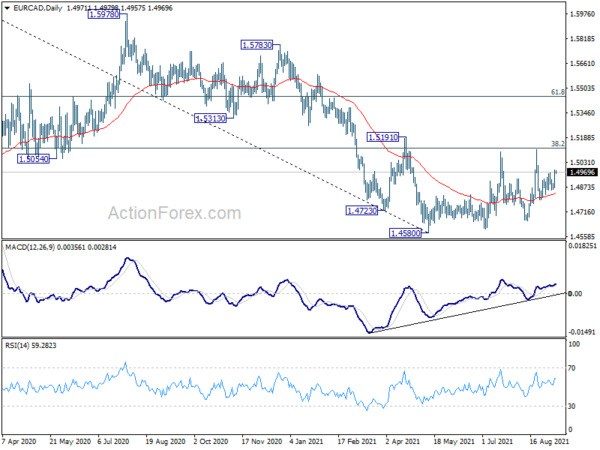 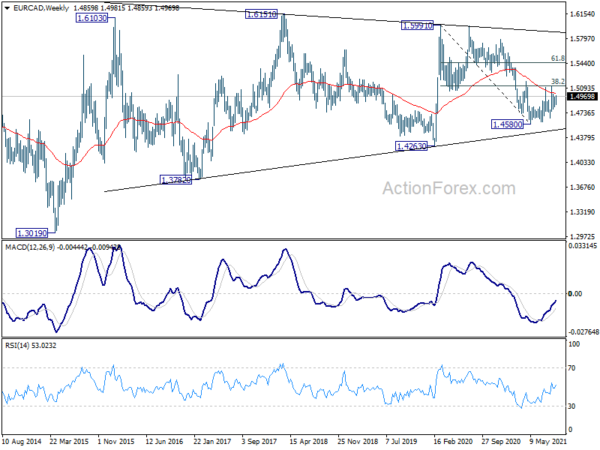 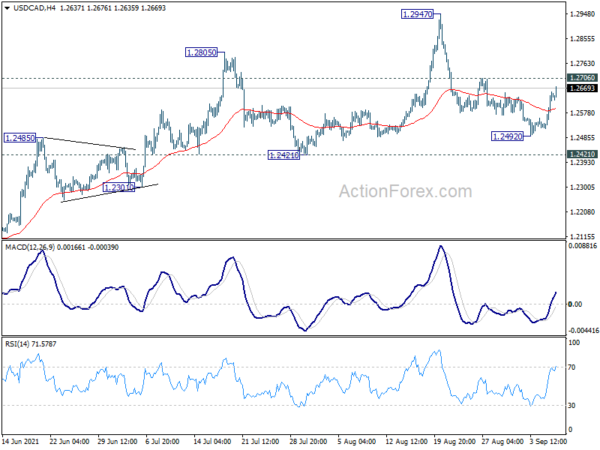 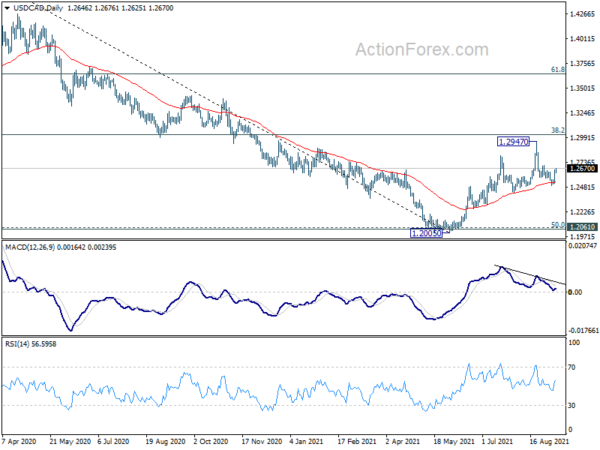