US Dollar Index Soars As Signs Of Global Slowdown Emerge

Bitcoin and other cryptocurrency prices tumbled in the overnight session, ending a remarkable bull run that pushed BTC above $52,000. The decline happened after El Salvador bought Bitcoin worth more than $20 million making it the first country to do so. It has also installed about 200 Bitcoin ATMs in the country. Therefore, the sell-off likely happened as investors sold the news. The currencies also declined after the sudden jump of the US dollar. The dollar index rose by 0.40%, the biggest daily increase in more than a month.

American equities retreated as investors priced in a slowdown of the economy as the Delta variant spreads. According to the Wall Street Journal (WSJ), many businesses and consumers are starting to rework their plans to adjust to new masks and vaccine mandates. There have been more travel restrictions and delayed office reopenings. Some of the companies to delay reopening are Chevron, Apple, and Amazon. As a result, business and consumer confidence have declined while hiring has slowed dramatically.

The USDCAD price maintained a bullish momentum as investors waited for the upcoming Bank of Canada (BOC) interest rate decision. The central bank is expected to leave interest rates unchanged at 0.25%. Also, the bank is expected to maintain its quantitative easing policy at a pace of c$2 billion per week. The status quo is likely because the country’s economy is not growing as fast as expected. It even declined in the second quarter. Also, the bank will need to sound apolitical ahead of the upcoming election.

The USDCAD price rose to 1.2635, which is significantly higher than this week’s low of 1.2492. On the four-hour chart, the pair has moved slightly above the ascending trendline. It has also moved slightly above the 25-day moving average while the Relative Strength Index (RSI) has moved close to the overbought level. Therefore, the pair will likely keep rising as bulls target the key resistance at 1.2720. 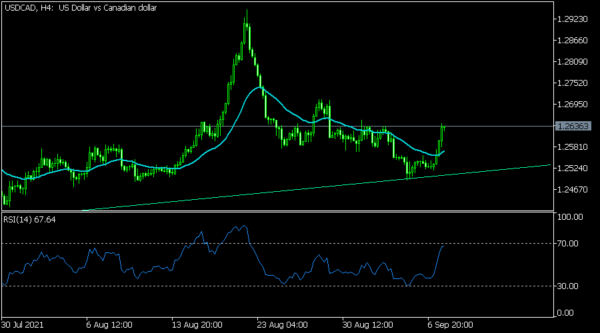 The broader US dollar strength pushed the EURUSD pair to the lowest level this month. On the hourly chart, the pair declined to 1.1836, which was the lowest level since Tuesday. It also moved below the lower side of the ascending channel. As a result, it also declined below the 25-day moving average while the DeMarker indicator has moved below the oversold level. It has also formed a small head and shoulders pattern. Therefore, the pair will likely keep falling as bears target the key support at 1.1800. 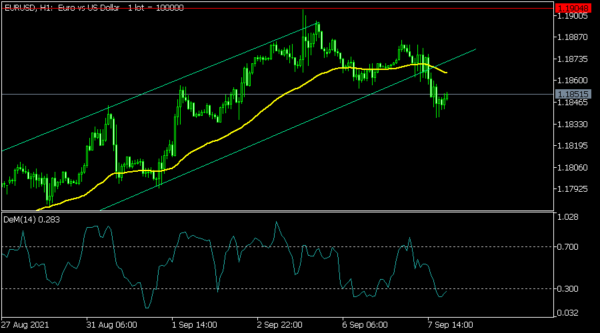 The AUDUSD pair declined to a low of 0.7377, which was slightly below this week’s high of 0.7480. On the four-hour chart, the pair moved below the 25-day moving average. It also moved below the neckline of the double-top pattern at 0.7425. The MACD has formed a bearish reversal pattern while the Relative Strength Index (RSI) have moved from the overbought level. Therefore, the pair will likely keep falling today. 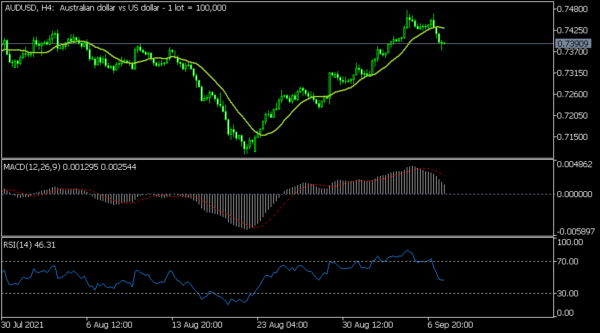