The NZD/JPY currency pair has been trading in an ascending channel pattern since August 20. The New Zealand Dollar has surged by 4.90% against the Japanese Yen during this period.

Currently, the exchange rate is trading near the lower boundary of an ascending channel pattern and could be set for a breakout.

If the breakout occurs, a decline towards the 200– period simple moving average at 77.00 could be expected next week.

However, if the channel pattern holds, buyers could drive the currency exchange rate higher during the following trading sessions. 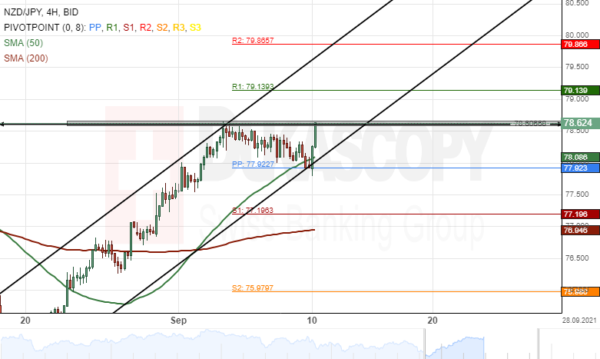