Week Ahead – All Eyes on the Fed 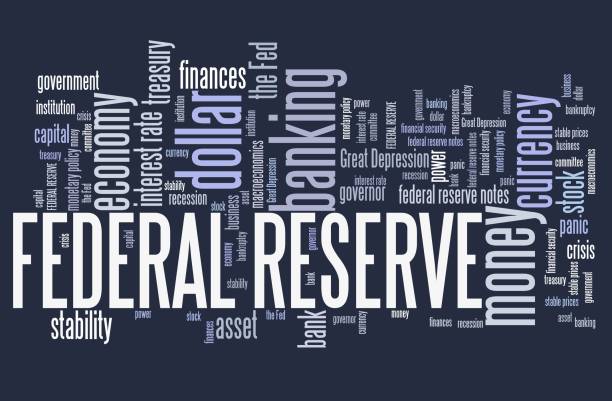 The week we’ve all been waiting for

Next week is action-packed including rate decisions from the US, Japan, UK, South Africa, Turkey, Switzerland, Norway and Sweden.

The Federal Reserve is the obvious standout among these, with investors seemingly uneasy at the prospect of the central bank tapering asset purchases at a time when the recovery is slowing and Covid is spreading rapidly. Markets will be very sensitive to the communication, especially if the underlying message remains that the central bank still intends to pare back asset purchases this year.

A lot of focus remains on China as the crackdown on various sectors continues, the latest of which being Casinos. Evergrande is also looking likely to reach a conclusion soon, one way or another.

The Russian parliamentary election also takes place this weekend, starting today and lasting three days. The United Russia party is expected to remain in control but its supermajority is at stake.

The main event of the trading week is the FOMC policy decision, but traders should closely watch the developments on Capitol Hill. The most important economic release of the week will be the September preliminary PMI readings, which could show further signs the economy has stabilized from the delta variant hit.

The two-day FOMC policy meeting will likely be a reiteration that they are poised to taper before the end of the year.  Economists will fixate on the updated dot plot forecast to see if any members brought forward a rate hike into the end of 2022.

The Fed will not rush a tightening cycle and expectations should remain firm that 2023 is when the first rate hike will be delivered.  Fed Chair Powell may provide hints that tapering won’t be quick, possibly indicating it won’t finish until next winter.  The economy appears to have survived the delta variant hit, which should suggest further stabilizing economic releases will pave the way for a November taper announcement.

With monetary and fiscal stimulus starting to wane, clarity on the size of the next economic package will enter a crucial phase. President Biden was unable to convince conservative democrats of a $3.5 trillion budget and talks will likely lead to a final price tag between $1.5 -2.0 trillion. Some traders will pay close attention to the upcoming tax increases and whether they are retroactive from earlier in the year or September could be just as important in determining the major move with risk appetite.

It’s a relatively quiet week in Europe, with flash PMIs on Thursday and German Ifo on Friday the only notable economic events.

The German election is where all the attention will be, with the final Chancellor debates taking place on Thursday ahead of the election on Sunday 26th September. The polls currently have the Social Democrats in the lead by four points but with coalitions always required, that will just be the start of the negotiations.

How many interest rate hikes next year is the question on everyone’s lips. The market is currently positioned for two, one 15 basis point in March or May and another 25 basis points at the end of 2022, taking the base rate to 0.5%.

This seems a stretch for a central bank that’s not yet completed its asset purchases. Not to mention a country that has seen a slowdown in consumer spending and is facing numerous headwinds over the next 12 months including the end of the furlough scheme and Universal Credit boost, income tax threshold freeze, 1.25% increase in national insurance contributions and higher energy prices.

Russia goes to the polls this weekend in a vote lasting three days, with the ruling United Russia party expected to win, despite support waning following an apparent crackdown on critics and political opponents, something the Kremlin denies. At stake is the party’s supermajority.

Apple and Google were forced to remove a tactical voting app from their stores this week following pressure from the Kremlin. The app was set up by Alexei Navalny, a jailed critic of Vladimir Putin.

The SARB is expected to leave interest rates unchanged next week, with hikes on hold until early next year. Inflation will be released a day before the decision and is expected to rise to 4.8%, which the central bank is comfortable with. The economy is expected to contract this quarter following the riots so the SARB can afford to be patient.

It seems Governor Şahap Kavcıoğlu is going to go back on his word to keep interest rates above inflation, after CPI earlier this month rose to 19.25%, above the 19% policy rate. He has previously stressed that inflation is expected to fall again later this year and is clearly in no mood to risk his job just to keep his word.

Some are even expecting the Governor to cut rates next week by 50 basis points, although under the circumstances, it’s more likely that will be left until later in the year when inflation is falling once more. It’s one thing not to keep your word, it’s another altogether to do the complete opposite.

The government squeeze on the private sector continued this week, this time it was the Macau casino industry’s turn. Casino stocks listed in Hong Kong plunged. The week is dominated by holidays amongst Asia’s heavyweights. Mainland China is on holiday Monday and Tuesday with Hong Kong on Wednesday. South Korea is also away.

The holiday schedule next week will substantially reduce market liquidity in Asia. Readers should watch for further weekend developments regarding Evergrande, which appears to be on the final strait of collapse or liquidation or debt/equity swap. Negative developments over the weekend could cause a severe risk aversion move on Monday in Asia, into a low liquidity day.

The only data from China this week is the 1-year and 5-year Loan Prime Rate decisions. It would be a huge surprise if China blinked and cut them with an October RRR cut far more likely. Nevertheless, a surprise cut would see Asian equities rally strongly in the short term.

USD/CNY remains range-bound with no sign that the PBOC is looking to engineer a weaker currency to stimulate the economy, yet.

No significant data or event risk this week. EM will be dominated by central banks globally and the FOMC outcome on Thursday, Asian time.

The Australian and New Zealand Dollars continue to bounce around on daily shifts in international risk sentiment, rather than domestic developments. Half of Australia and Auckland in New Zealand remain under virus lockdowns. Given that New Zealand’s outbreak appears contained to Auckland where daily cases are approaching single digits, any news that suggests the virus has escaped Auckland will provoke an aggressive sell-off in the New Zealand Dollar.

New Zealand releases Services PSI and Balance of Trade, while Australia releases the RBA Minutes and Markit Services, which will show the Covid-19 outbreak. Any reactions in local markets will be subsumed by low Asia liquidity and the focus on the US FOMC outcome.

Japan’s Bank of Japan releases its latest policy decision on Wednesday with no change expected to its stimulus plans. Inflation is released on Friday but will have a low market impact post FOMC. It should be a quiet week for Japan with national holidays on Monday and Thursday. With Greater China and South Korea also having national holidays next week, Asia will suffer from lower than usual liquidity, exacerbating reactions to headline risks.

Equity investors remain myopically focused on Japan’s next Prime Minister, who will be selected at the end of the month and should see Japan markets, when open, continue outperforming.  Markets are expecting the new PM to push through a new fiscal stimulus ahead of an election due in November at the latest, giving a boost to the economy and equity prices.

USD/JPY remains a pure rate differential play between the US 10-year and Japan JGBs. Follow that for directions and bring a good book to read in between.