A Choppy End to the Week 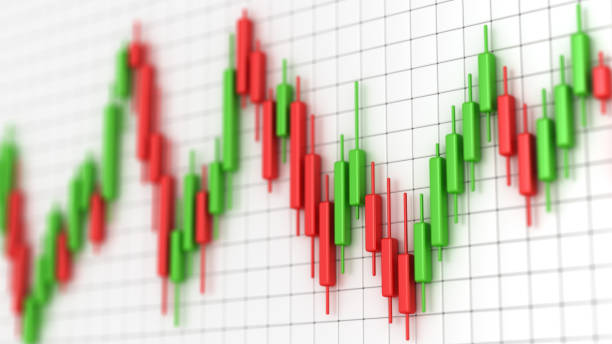 A rocky start to trading on the final day of the week and first of the new quarter, but things have taken a more positive turn with Europe erasing most of its losses and Wall Street opening a little higher.

There’s clearly still plenty of nerves in the markets at the moment, which is perfectly understandable under the circumstances. There’s an enormous amount of uncertainty as we move into the end of the year and central banks removing stimulus, even raising rates, in the midst of that doesn’t inspire confidence.

Policymakers can dress it up however they want, but if they push ahead with tightening monetary policy at a time when growth is slowing and headwinds are growing stronger, they’ll be undermining their own message and it will start to fall on deaf ears.

Nowhere is this more evident than the UK, which is facing a more severe energy crisis than most, an end to its furlough scheme and universal credit top-up, and a bizarre fuel crisis due to driver shortages and panic buying akin to the ridiculous toilet roll saga last year. That’s just to name a few. And yet markets are pricing in three rates hikes by the end of next year while the pound is tumbling.

If the markets are correct, this is not the action of a central bank that thinks inflation is transitory, nor does it bode well for the economy going into the end of the year. An economy that remains below its pre-pandemic peak with unemployment still well above and likely to rise in the coming months. It just doesn’t add up.

Investors have relied on central banks to be effective backstops for such a long time now. Low inflation has allowed them to be extremely patient in exiting emergency stimulus programs and tightening monetary policy.

But they don’t have that luxury now and supply-side issues are creating unwelcome price pressures and it’s not clear how much of that will stick. For the UK, it’s being exacerbated by the proximity of the pandemic to Brexit, which is why we’re seeing the pound behaving the way it is.

It feels like investors will have to cross their fingers and hope the next six months is kind to them. A warm winter would be a welcome start. Inflation pressures easing early next year would give central banks a little more wiggle room. And of course, Covid, with the winter in the northern hemisphere potentially bringing surges in the northern hemisphere. I’m not particularly optimistic.

The US data we’ve had around the open has been a mixed bag. Inflation was broadly in line with expectations, with the monthly figures showing pressure is easing. Spending was above expectations but followed a downward revision to the July number.

Oil choppy ahead of OPEC+ meeting

It’s been quite a choppy week in the oil markets, with progress having stalled just as Brent closed in on $80. A combination of profit-taking, higher inventory data and broader risk aversion has taken the heat out of the rally for now, but the outlook remains bullish. It pulled back to $76.50 before quickly finding support.

The energy crisis has made crude even more attractive and encouraged talk of $90, maybe even $100 oil. The natural gas shortage has seen prices soar – hitting levels equivalent to $190 a barrel of oil – and alternative sources are riding the wave higher. With the Chinese government ordering state-owned energy companies to secure winter supplies at any cost, the competition has just become fierce.

All of this makes the OPEC+ meeting next week all the more interesting. The group now has a decision on its hands. Does it maintain increases at 400,000 barrels per day, each month, or ramp them up and stop prices rising to unsustainable levels, further squeezing the global recovery. I think they’ll refrain from drastic action next week, although various scenarios will be discussed.

Gold back in favour?

Gold prices roared back on Thursday, moving back above $1,750 as the dollar and US yields eased a little. We may be seeing gold enjoy some safe-haven flows as the outlook becomes increasingly more uncertain. The yellow metal has been overlooked at times, with the dollar instead performing well and putting downward pressure on gold.

It will be interesting to see if it can maintain these gains if risk aversion continues in the coming weeks. Many obstacles remain to the upside which will make any ascent very challenging. The first of these is $1,760 where it ran into resistance yesterday, followed by $1,780.

Bitcoin has surged on Friday, breaking above $45,000 and accelerating higher. After looking primed for correction for so long before finally breaking lower, the cryptocurrency showed remarkable resilience to hold $40,000 – perhaps in the hope of a helping hand from a certain outspoken entrepreneur – and it’s now reaping the rewards.

It had experienced a lot of resistance around $45,000 after it had been key support for most of August and early September. A break back above here was clearly a big moment and was immediately the catalyst for a surge towards $47,000. Comments from Fed Chair Jerome Powell on having no intention of banning cryptos has been attributed to the move but I think there’s probably more to it than that.

The battle is not won yet though, with it running into resistance today around the 61.8% retracement of the September highs to lows. A move above here and $50,000 is suddenly looking very vulnerable.