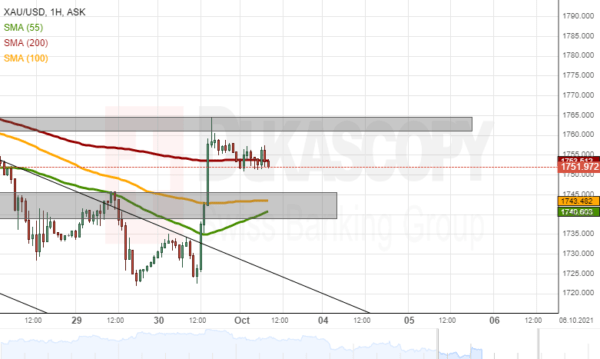 If the metal’s price surges, it would once again test the resistance of the 1,765.00 mark. On the other hand, a potential decline could find support in the 1,745.00 level and the 55 and 100-hour simple moving averages. 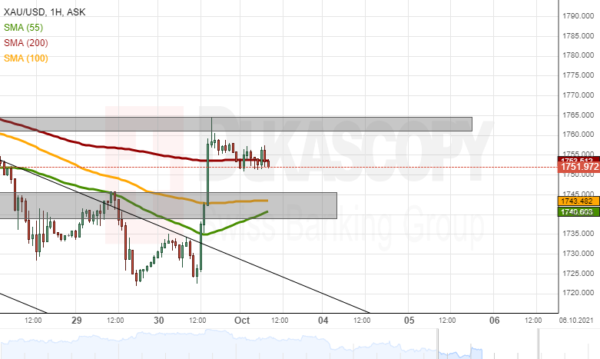