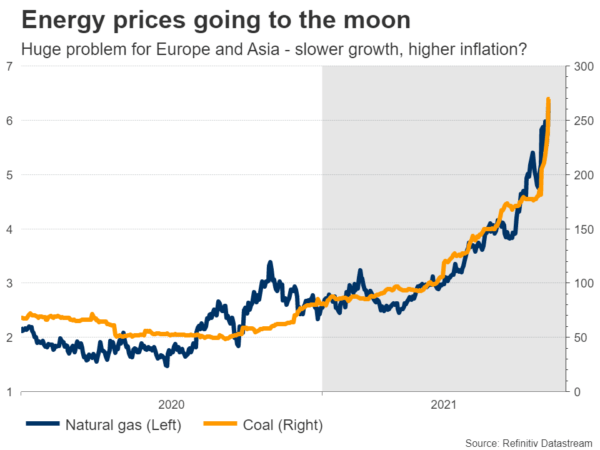 The US employment report for September will hit the markets at 12:30 GMT Friday. It will single-handedly decide whether the Fed pushes the taper button next month. As for the dollar, it has sliced through its rivals lately as investors searched for shelter from the stock market storm. The bigger picture remains positive in an environment where the Fed normalizes faster than the ECB and BoJ, and with the American economy being shielded from the global energy crisis.

It’s a good time to be the world’s reserve currency. From paralyzed supply chains to an energy crisis that has engulfed Europe and Asia, markets are grappling with a variety of risks that threaten to hamstring economic growth and simultaneously keep inflation hot for longer.

With investors playing defense and the US economy insulated from the global power crisis thanks to its self-sufficiency on energy, the dollar has reclaimed its throne as king of the FX market. 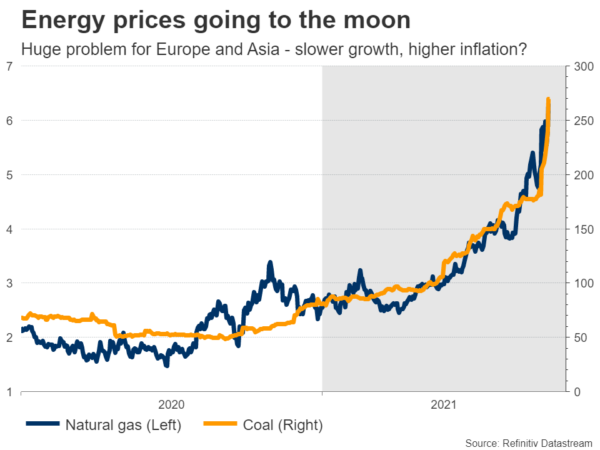 The other element that has turbocharged the dollar is market pricing around the Fed. At its latest meeting, the central bank signaled that if the next employment report is solid, it would get the tapering process rolling in November.

Policymakers were split evenly on whether rates should be lifted next year already, but markets seem more confident as the first rate increase is now almost fully priced in for December 2022.

Turning to the upcoming dataset, nonfarm payrolls are forecast to have risen by 450k in September, pushing the unemployment rate down one tick to 5.1%. Wage growth is expected to have picked up too, with average hourly earnings projected to reach 4.6% in yearly terms from 4.3% previously.

Labor market indicators were mixed during the month. Employment growth accelerated in the ISM manufacturing survey, but it slowed down in the services sector, which accounts for a much bigger part of the economy. Likewise, the Markit PMIs showed that job creation picked up, but remained subdued by historical standards. 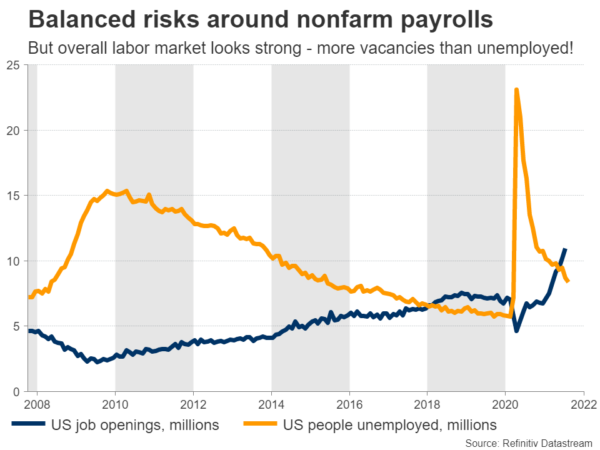 As such, the risks surrounding the NFP forecast seem balanced – it’s difficult to call for either a large positive surprise or a massive disappointment. An employment report that’s roughly in line with the forecasts is unlikely to move the needle for the dollar. What usually happens in such cases is a minor spike that fades almost instantly – just volatility without a clear direction.

In the bigger picture though, the outlook for the reserve currency remains positive. With bond yields rising across the world because of inflation concerns, the dollar is the last remaining defensive hedge across markets, as neither bonds nor gold nor the yen are attractive in this environment.

Meanwhile, the US economy remains solid and is heavily shielded from the worsening energy crisis, which will impact Europe and Asia much more. Consumption has been strong, the labor market is healing quickly, and Congress will likely deliver another multi-trillion spending package soon to recharge the recovery. 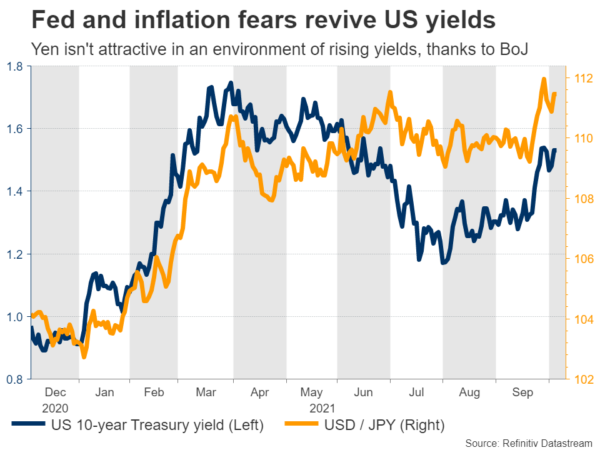 All this allows the Fed to taper its asset purchases and ultimately raise rates, something that could put even more upward pressure on US yields, making the dollar more attractive against low-yielding currencies like the euro and yen over time.

The risk is that the Fed gets cold feet because of the global environment turning darker and delays its normalization plans. But if the situation gets bad enough for this to happen, the markets would probably be in panic mode and safe-haven demand for the dollar might remain elevated, keeping any losses to a minimum.

Taking a technical look at dollar/yen, a potential break above the 112.10 region could open the door towards the 113.70 zone.