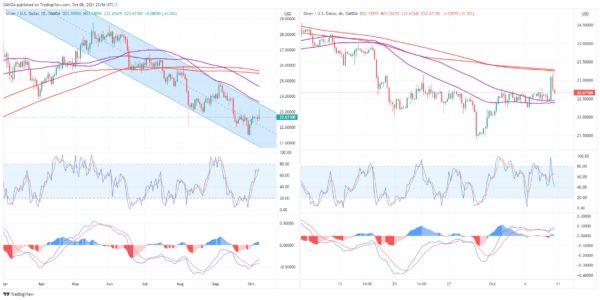 Or more to come?

Are we about to see silver break out of the descending channel and bring an end to months of a downtrend?

The charts suggest we probably aren’t. Silver has rallied over the last week or so but today it’s run into significant resistance near the upper end of the descending channel and the long upper wick suggests it’s been strongly rejected. 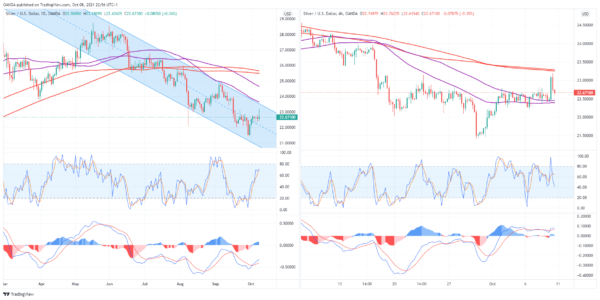 This fell just shy of the 55-day SMA , the lower end of the 55/89 band, which has been resistance since breaking below back in June.

Similarly, this resistance was found around the 200/233-period SMA band on the 4-hour chart which, barring a brief moment earlier this month, has been a solid ceiling, also since June.

Should it break above here, it could be a very bullish signal. But the early signs aren’t promising which may suggest the path of least resistance remains below.