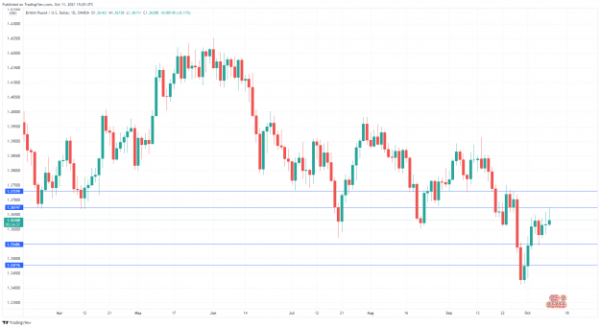 The British pound has started the week with modest gains. GBP/USD is currently trading at 1.3636, up 0.16% on the day.

In the US, a highly-anticipated nonfarm payrolls report proved to be a major disappointment. The economy added just 194 thousand new jobs, well off the forecast of around 500 thousand. Still, the weak reading did not cause any panic on the markets, as other employment data was strong. The unemployment rate fell to 4.8%, down from 5.1%. As well, wage growth climbed 0.6%, up from 0.4%. The solid wage gains provide have bolstered the argument that high inflation is not so transient after all. On a year-to-year basis, wages were up 4.6%. With inflation running at its highest level in some 30-years, the Fed’s position that the surge in inflation is temporary is starting to ring hollow to market ears.

The sharp unemployment and wage growth numbers helped ally any concerns that the weak nonfarm payrolls reading might cause a ‘taper off’. December seems a likely start-off for tapering, even though back-to-back NFP reports have been on the low side and below expectations. As expectations rise that a taper is imminent, the US dollar is well-positioned to gain ground in the short-term.

The British pound showed some volatility on Friday but ended the day unchanged. GBP/USD has edged upwards on Monday after a BoE policymaker said on the weekend that interest rates were likely coming sooner rather than later. Michael Saunders said that with inflation running above 4%, it was “appropriate” for the markets to have priced in a rate hike earlier than previously. Saunder’s comments come just a few days after BoE Governor Andrew Bailey said that inflation needed to be reigned in and brought closer to the BoE’s target of 2.0%. It appears that the BoE is telegraphing its intention to raise rates, possibly as early as December. 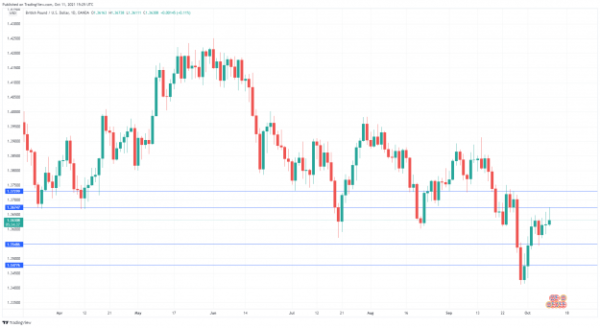