Jitters Remain at the Start of the Week 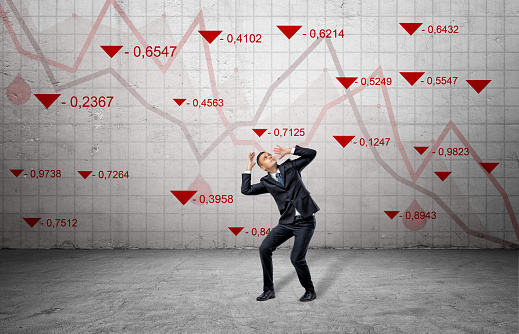 Stock markets have started the week a little mixed, as nerves persist around the large list of downside risks for the global economy.

While the focus recently has shifted from Evergrande to the energy crisis, it’s arguably the slightly lesser talked about inflation/monetary policy dynamic that’s really making investors nervous. We’ve dealt with plenty of growth headwinds over the years but throughout that time, central banks have had our backs. That appears to be changing.

It’s long been debated just how big a role zero interest rates and quantitative easing have had in stock markets performing so well, even against difficult backdrops. While monetary policy is going to remain extremely accommodative for some time, so we shouldn’t get too carried away, the direction of travel is changing and that could make investors anxious.

More and more, it seems we’re hearing policymakers making statements that suggest inflation is becoming more of a headache than they envisaged and hoped. It’s also becoming evident that they can be of the belief that inflation is transitory and concerned that it will last long enough to potentially become a problem, hence the temptation to attack it early.

That’s clearly the view of the Bank of England, which the markets believe will raise interest rates in December and twice more next year, despite the country facing greater growth headwinds than many, despite the economy having fully reopened in July and remaining so.

Michael Saunders, typically one of the most hawkish members of the MPC that recently voted for a premature end to the Bank’s asset purchases, backed financial markets interpretation of future interest rate moves, suggesting that recent adjustments have been appropriate.

It seems households and businesses can add a rate hike this year and more next to the ever-growing list of challenges, on top of the end of the furlough scheme and benefits top-up, tax hikes and higher energy prices, among other things.

As efforts continue to boost China’s energy capacity going into a worrying winter period, the country faced a setback as 60 of 682 coal mines were forced to close following heavy rain and flooding. With extreme weather seemingly becoming more frequent around the globe and the energy market extremely tight, I expect disruptions that would otherwise have little impact will continue to boost prices, especially as the weather cools.

Evergrande is due to make another coupon payment to offshore bondholders today and it’s safe to say, that’s highly unlikely considering how the last two deadlines have gone. The key for offshore holders is the next couple of weeks and whether any payment or communication will come from the company in relation to its first missed offshore coupon.

Oil prices are rising once again today, up a little over 2%, and hitting fresh highs as the energy crisis continues to drive support for crude. The flooding in China may have given oil an extra lift on Monday but we’re looking at a tight market that OPEC+ is allowing to run hot after a long period of low prices.

It’s hard to see the rally easing up too much as long as OPEC+ continue to take this approach. Of course, if Nord Stream 2 is approved, we could see energy prices correct themselves quite aggressively if last week is anything to go by. But given the political sensitivity around the pipeline, it would be a bold move to rush the decision at this point.

There is still plenty of momentum behind the oil rally and the fundamentals remain extremely favourable. As was reported last week, the energy crisis has already increased crude demand by 500,000 barrels per day and that’s before the weather turns. Will it be a surprise to see oil back in the triple digits later this year? Probably not.

Gold hasn’t really gone anywhere this month. In fact, it’s only a couple of dollars above its closing price in September. But it’s been fascinating to follow in that time as traders appear to be struggling to determine exactly what it’s function is against the backdrop of higher inflation, tighter monetary policy, growing uncertainty and stock market jitters.

Friday’s jobs report appeared to break the deadlock but the rally quickly ran on fumes and the price returned back to where it started. The yellow metal is trading a little higher today but there isn’t a huge amount of momentum behind it. The fact that prices are supported though even as US yields rise is promising for gold and perhaps a sign of its safe haven properties being favoured once more.

Bitcoin losing momentum on approach to $60,000

Bitcoin is continuing to climb at the start of the week, hitting its highest level since May and with momentum. We’re potentially starting to see that momentum slow a little, although possibly not enough to prevent a run at $60,000. It may even be this psychological barrier that’s responsible for it slowing a little, with traders less keen on the dips. Profit taking on approach could see momentum slip further. Beyond those short-term moves though, the cryptocurrency looks in a healthy position for a run at the highs.