US equities remained relatively calm on Thursday as investors continued to reflect on rising inflation and supply challenges. The Dow Jones declined by about 70 points while the S&P 500 and Nasdaq 100 indices rose marginally. Data published on Wednesday showed that America’s inflation jumped to the highest level since 1990. This trend was mostly because of the ongoing supply bottlenecks. Therefore, investors are generally worried about high-interest rates as the Federal Reserve attempts to tame runaway prices. Also, they are worried about the impact of these bottlenecks on earnings growth.

The price of crude oil held steady as investors reacted to the monthly report by OPEC. In the report, the cartel said that global demand will grow by about 5.7 million barrels a day this year. This was about 160,000 barrels lower than what it predicted last month. For the coming year, the cartel said that demand will be about 96.4 million barrels per day. OPEC reduced its outlook for oil demand saying that higher prices will likely cramp demand in some of the biggest economies like China and India. In the past few weeks, the Biden administration hinted that it will release oil in the strategic reserves.

The EURUSD pair declined to the lowest level since July last year as worries of inflation rose. The pair is trading at 1.1470, which is significantly below the year-to-date high of 1.2353. It has also moved below the important support at 1.1520, which was the lowest level on October 13th. The pair has also dropped below the 25-day and 50-day moving averages and the 50% Fibonacci retracement level. Therefore, the pair will likely keep falling today. 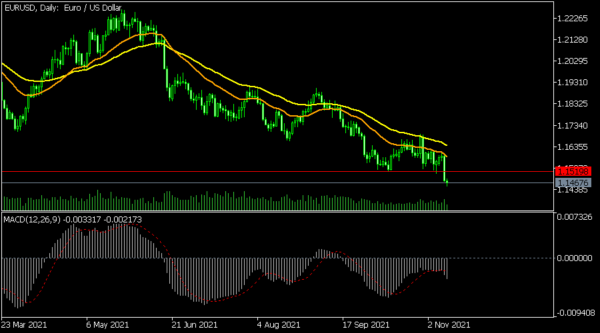 The USDCHF pair rose to a high of 0.9225 as the US dollar made a comeback. On the four-hour chart, the pair is along the upper side of the Bollinger Bands while the Relative Strength Index (RSI) has moved above the overbought level. It has moved between the 50% and 38.2% Fibonacci retracement levels. Therefore, the pair will likely keep rising as bulls target the key resistance at 0.9300. 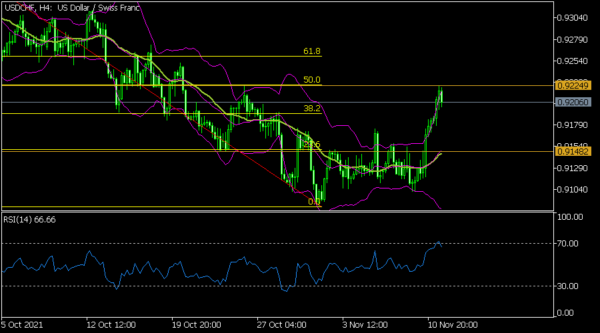 The USDCAD pair rose to the highest level since October 8 this year because of the stronger US dollar. The pair extended gains above the neckline of the inverted head and shoulders pattern. The MACD has also moved to the highest level since September this year. The pair has also risen to the 50% Fibonacci retracement level. Therefore, the pair will likely keep rising in the near term. 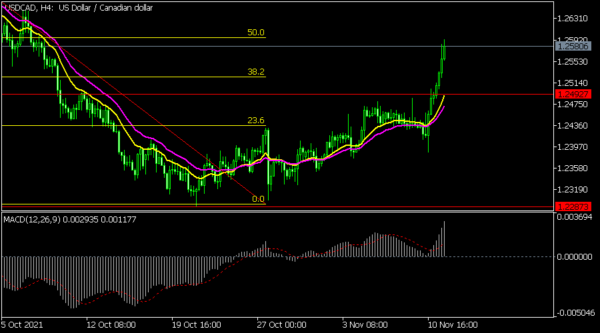