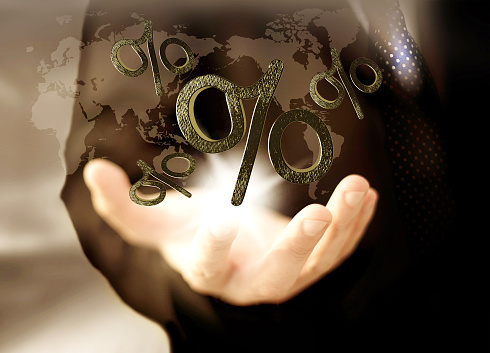 For months now the main topic of conversation in the markets has been inflation. Is there too much of it, is it here to stay, and are monetary policymakers actually going to do something about it? Of all the risks facing the global economy and the markets this winter, that had risen to the top of the list. Until now.

Covid has returned with a bang, with Europe at the epicentre but the focus now switching to South Africa as the new “Omicron” variant has everyone fretting about whether another terrible wave is going to hit this winter. We’ll know a lot more about how dangerous the new variant is in the coming weeks but for now, investors are fearing the worst and risk assets are being hit hard.

As far as central banks are concerned, the timing couldn’t be worse. They’re already trying to navigate their pandemic exit strategies earlier than they’d clearly prefer as inflationary pressures continue to rise and become more widespread. If the world goes back into lockdown, what becomes the bigger priority, inflation or the economy? Thankfully there’s plenty of policymakers appearing next week who will be asked that very question. Talk about a rock and a hard place.

Next week is packed full of event risk from the US and news about a new Covid variant has added a whole new dimension to it. The jobs report is typically the highlight of the week and it will be one highlight, but next week is all about the Fed appearances in light of Thursday’s news. Investors had started to price in a faster pace of tightening, with an announcement maybe coming at the meeting in a couple of weeks. Should the variant prove to be a greater threat than others, it’s highly unlikely the Fed will change course. The absence of evidence on it will surely also encourage caution. The worst case isn’t worth thinking about but would make life very difficult for central banks next year.

We also get a bunch of economic data from the US next week aside from the jobs report on Friday, including PMIs, jobless claims and pending home sales, among others. Powell’s appearances in the Senate and House alongside Treasury Secretary Janet Yellen will surely be the standout event though.

A lot of data to come from the EU next week including PMIs on Wednesday and Friday, inflation data on Tuesday, unemployment on Thursday, and retail sales on Friday.

But as will be the case for all countries next week, central banks will be front and centre following the new variant news. We were just starting to get an idea of how they’ll proceed in the months ahead but this throws a massive spanner in the works. ECB President Christine Lagarde bookends the week, with others making appearances in between and investors will be hanging on their every word.

At the risk of sounding repetitive, next week is all about the new Covid variant and central bank speak. BoE Governor Andrew Bailey’s appearance on Wednesday is the standout with PMIs also being noteworthy, albeit irrelevant if Omicron poses a real threat to life without restrictions.

PMI and unemployment data are the notable releases next week for Russia, which will also be watching the variant situation closely.

Perhaps more significant with respect to Russia is the growing tensions with Ukraine as forces build on the border. President Volodymyr Zelenskiy has claimed Ukraine has uncovered a plot to overthrow the government next week including Russian individuals, which the Kremlin has denied involvement in. With tensions on the rise, it may not take much for this to boil over which could hit the ruble hard.

The spotlight is very much on South Africa for the foreseeable future after discovering the new Omicron variant which could account for around 90% of new cases. With a small number appearing in Botswana, Hong Kong and Belgium, countries are rapidly applying travel restrictions on South Africa in a desperate attempt to avoid being next.

It’s difficult to know what to add anymore. Rather than being deterred by the extraordinary declines in the lira over the last week, President Erdogan is doubling down. On Friday he declared there is no turning back from the new economy program, that interest rates will decline and the economy is in the most determined policy shift.

And in Şahap Kavcıoğlu, Erdogan appears to have finally found an ally willing to do his bidding. Challenging times lie ahead. One interesting point on Friday was the lira tumbling more than 2% on Erdogan’s comments before recouping those losses quickly. Perhaps a sign of traders becoming less influenced by the President’s rants, although sensitivity remains. I’m sure there’s plenty more volatility to come in the weeks ahead.

China releases official and Caixin Manufacturing and Services PMIs in the week ahead. Nerves have been increasing and China’s growth is slowing thanks to its energy crunch and property sector woes. The latter is grabbing headlines once again as Kaisa attempts a debt restructuring. Against this background will be the global sell-off in emerging markets over South African virus concerns. How this plays out next week will determine the overall direction of China equities, although a weak reading once again from the Manufacturing PMIs will deepen the negative sentiment.

The Yuan has resisted the sell-off sweeping other EM currencies and the PBOC seems to be determined to maintain its stability. Similarly, China’s “national team” may be active in equity markets if the sell-off deepens or becomes disorderly.

Emerging markets will suffer in the race to safety over concerns surrounding the new virus mutation and whether it is the next delta. Indian equities have been sold heavily and both they and the Rupee may be in the firing line if WHO guidance is negative over the weekend. The evolution of the virus situation will set the direction for Indian and most emerging markets next week.

The rush to safety over the Omicron Covid-variant has punished the Australian Dollar which was already wilting in the face of China concerns and a strong US Dollar. AUD/USD could remain under pressure on Monday if the virus news continues to be negative over the weekend.

Australian Q3 GDP mid-week is expected to show weakness, although it will be largely ignored as the Victoria and NSW reopenings in Q4 should see a rapid bounce in GDP.

Markets were disappointed that the RBNZ only hiked 0.25% this week, leaving the NZD under serious pressure as the week ended. The virus-led selloff in equities has crushed risk appetite and leaves the Kiwi vulnerable to a material move lower. If the WHO announces further concerns over the weekend, NZD/USD could move sharply lower as the week starts.

No data of note in the week ahead.

Japanese retail sales and the Jibun Bank PMIs feature in the week ahead, but markets will be more focused on further details of the stimulus package and whether the virus risk-off move seen on Friday continues.