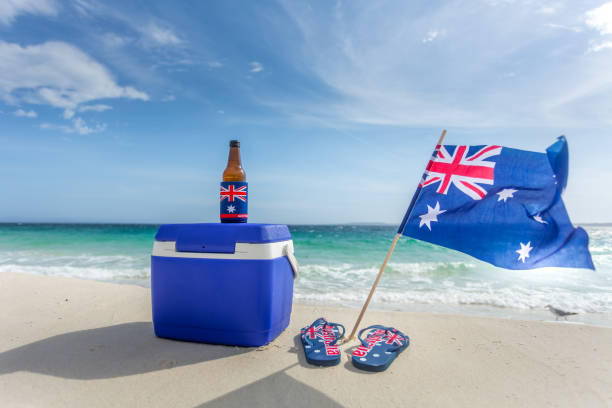 Q3 GDP was centre stage in Australia this week. In all respects, the outcome was well ahead of expectations. In the lead-up to the release, the scale of the anticipated contraction was reduced by Westpac and the market; despite this, there was still a material upside surprise on release, with a contraction of ‘just’ 1.9% reported versus the revised consensus estimate of -2.7%.

The state detail was very interesting, particularly Victoria’s resilience. Whereas NSW’s economy contracted 6.5% under the weight of lockdown, Victorian state demand posted a fall of ‘only’ 1.4%. More striking still was that business investment rose in the quarter, the 5.8% gain driven by a 22% increase in non-residential construction, focused in the renewables sector.

Q3’s combination of a sharp decline in household consumption (-4.8%) and a policy-driven 4.6% surge in household disposable income is very promising for the consumption outlook, seeing the household savings rate jump back to 20% at September, just below the 2020 lockdown peak of 24%. As Australia’s economy returns to normal, these savings should drive strong gains for consumption along with the expected uptrend in employment and wages growth. Full detail by sector and state can be found in Westpac’s GDP bulletin.

It is also worth noting that, ahead of GDP on Wednesday, the balance of payments release provided a detailed view of Australia’s trade position and our nation’s foreign financial assets and liabilities.

In Q3, yet another record current account surplus was reported, equivalent to 4.5% of GDP. Also impressive is that this is the 10th consecutive quarterly surplus, the longest run recorded. Underlying the above result for the current account: a trade surplus equivalent to 7.3% of GDP was achieved as export earnings grew 7.6% (37%yr) on commodity price strength; investment income was a partial offset, the net income deficit growing from 1.2% of GDP in Q2 to 2.7% as some of the profit made by Australian firms (particularly commodity producers) was paid out to their foreign owners.

While the Q3 increase in the net income deficit was sizeable, structurally speaking, developments continue to favour it narrowing over time. Two underlying trends are particularly noteworthy. (1) Australian interest rates seem likely to trail those in key financial centres such as the US and UK, reducing the net flow of interest payments, all else equal. (2) Whereas foreign portfolio investment in Australia is currently split 50/50 between equity and debt, Australian portfolio investment abroad is almost entirely equity focused, resulting in a higher income inflow than outflow on our foreign assets and liabilities.

(2) is likely to prove the dominant force long term for the net income deficit and Australia’s wealth given the strong uptrend apparent in Australia’s foreign financial assets – underpinned by the nation’s rapidly growing superannuation industry. It is also important to point out for the outlook that the net income deficit only captures part of the return on investment from equity investment – dividends. Capital gains should provide significant additional upside over the long run for Australia via higher household wealth, a reduced reliance on social welfare and, as it is cashed in and spent, higher tax receipts.

For offshore, data released to date this week has been constructive on the outlook. In China, further support for our view of a robust gain in Q4 was provided by the official PMIs, with expansionary readings recorded for both the manufacturing and service PMIs. The result for the service sector was particularly notable, implying that the latest round of restrictions to stop the spread of delta have not had a material impact on consumption and business services.

US data was also strong for the most part. In November, the ISM manufacturing index again printed towards the top of the historic range as new orders and employment gained ground. Pending home sales meanwhile jumped higher in October despite limited supply; and through September, home prices continued to grow at a robust pace, despite already being up more than 20% over the year to August.

Tonight, the critical November US employment report will be released. Both the ADP private payroll series and the employment index from the ISM manufacturing survey suggest more than 500k jobs were created in the month, despite persistent weakness in labour force participation. The unemployment rate is again expected to edge lower in the month, to 4.5%.

If realised, these outcomes are likely to confirm for the FOMC that it is appropriate to debate and decide to accelerate the taper at their December meeting, finishing the program in March (in our view) as opposed to mid-year, as decided in November. This week FOMC Chair Powell made clear he personally believes the taper timeline should be discussed at the next meeting, and that a quicker taper is appropriate.

Accelerating the first phase of normalisation will provide scope for the FOMC to tighten from June 2022 (Westpac’s forecast) instead of late in the year, mitigating the risk of inflation well-above target becoming entrenched. Note though, FOMC decision making will remain reactive to data outcomes and evolving expectations, and so are expected to reduce the risks related to inflation without materially affecting economic growth. The federal funds rate peak for this cycle is therefore, in our view, still likely to be low versus history (Westpac forecast 1.625% at June 2024), limiting the rise in the 10-year yield to a peak of 2.30% in 2022 as the rate hike cycle begins after which it will slowly trend lower to 2.00% by end-2024.