The Fed Taking A More Decisive Approach On Inflation 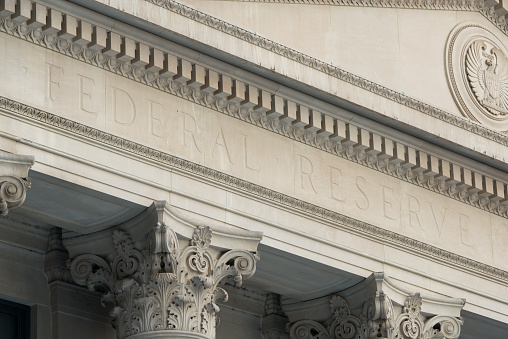 An unexpected acceleration in US PPI inflation (0.8% M/M and 9.6% Y/Y) yesterday triggered a temporary rise in US bond yields, reinforcing the case for decisive Fed action at today’s policy decision. Part of the move was reversed (in a risk-off context). US yields finally finished the session 2.5 bps/3.0bps higher across the curve, with rise solely due to a higher real yield. German yields, also closed 1.0/1.5 bp higher in a technical rebound. The mix of persistent inflation risk and uncertainty on the impact of omicron for (global) growth weighed on risky assets. US equities lost between 0.3% (Dow) and 1.14% (Nasdaq). The dollar gained modestly (DXY close at 96.57, EUR/USD at 1.126). The yen didn’t profit from save haven flows (USD/JPY close 113.70).

Today’s US eco calendar is well filled with data that usually are supposed to have market-moving potential including US retail sales, the Empire manufacturing survey, import prices and NAHB housing confidence. However, any market reaction will be restrained by investors awaiting the final verdict of the FOMC policy decision. The Fed since November reduced asset purchases by $15 bln p/m. Persistent upward inflation surprises ‘forced’ Fed Chair Powell (and other high profile MPC members) to bury the narrative on the transitory nature of inflation and pre-announcing accelerated tapering of asset purchases, probably to $30 bln p/m from January. Net buying might finish at the end of Q1. This gives the Fed ample room of maneuver to asses the start and pace of rate hikes. In this respect, the new Fed dots will be very instructive on how MPC members intend to use the room to start more aggressive anti-inflationary action. Anything less than three projected 2022 rate hikes probably will be a disappointment for markets as frontloading is seen necessary to avoid more aggressive action further out. In this respect, it is also interesting to see the MPC’s insights on the expected length of the cycle and whether it will come close the neutral Fed rate. A favorable employment outlook could put the Fed path well beyond what markets are currently expecting. The Fed confirming to step up its anti-inflationary narrative still should put the onus at the short end of the curve. However, LT real yields recently showed more convincing signs of bottoming (10-y real yield returned >-1.0%). Is this an indication of a bottoming for the aggressive flattening at the long end of the curve? The Fed taking a more decisive approach on inflation and a bottoming in real yields in theory still put the dollar in pole-position. The zone 96.64/94 remains first topside reference for the DXY TW USD index. In EUR/USD 1.1228 marks minor interim support ahead of the key 1.1186 year low. A break of the latter evidently is also conditional to tomorrow’s ECB (re)assessment on inflation.

This morning, UK November CPI inflation is reported at 0.7% M/M and 5.1% Y/Y for the headline and 4.0% Y/Y for the core, both above market expectations. EUR/GBP declines a few ticks. The 0.8500 barrier is within reach.

The Chilean central bank as expected raised the policy rate from 2.75% to 4% yesterday. The second hike straight comes amid rising inflation (6.7% y/y in November) and inflation expectations as the economy is expected to expand more than a record 11% this year alone. However, expectations for households and businesses have recently taken a turn for the worse due to spiraling prices, the bank said. The central bank stated clearly the rate “will be further increased in the short term, to exceed its nominal neutral level”. Chile’s peso strengthened vs the USD to USD/CLP 840 yesterday but still trades weak from a historical perspective. Political uncertainty ahead of highly-contested presidential elections batters the currency.

The House of Representatives voted early Wednesday to raise the US’s debt ceiling by $2.5tn to over $31tn. It is expected to extend the government’s borrowing capacity into early 2023, ending months of uncertainty. The 221-209 vote sends the bill to president Biden. The resolution was approved earlier by the evenly split Senate after new legislation approved a one-time process that shields the debt ceiling discussions from a potential Republican filibuster while also allowing it to pass with a simple majority.