Yen trades mildly lower today, as Asian markets recover despite the steep fall in US overnight. Swiss Franc and Dollar are also soft. On the other hand, commodity currencies are all recovering mildly, but momentum is weak. Overall, the forex markets are still hesitating to break out from recent range, with the exception of Canadian Dollar. The Loonie will now look ahead to retail sales for the next movement.

In the latest Monthly Economic Report, Japan’s Cabinet Office upgraded economic assessment for the first time in 17 months. It said, “the Japanese economy shows movements of picking up recently as the severe situation due to the Novel Coronavirus is gradually easing.” Back in November, it said the economy “continues to show weakness in picking up”.

In the minutes of December 21 meeting, RBA reiterated that decision about the bond purchases program will be made in February. The criteria to consider include “progress towards the Board’s goals for employment and inflation, the actions of other central banks and the functioning of the Australian bond market.” Information include December CPI, December and January labor market data, and overall impact of Omicron.

Regarding interest rate, “the Board will not increase the cash rate until actual inflation is sustainably within the 2 to 3 per cent target range.” And, “this is likely to take some time and the Board is prepared to be patient.”

AUD/CAD in rebound, but no major bottoming yet

AUD/CAD is a pair worth watching today, after having sluggish response to RBA minutes. But Canada retail sales featured today could trigger some volatility. There is prospect of major bottoming at 0.8969 considering bullish convergence condition in daily MACD. Also, it’s so far staying above 55 day EMA, which is a positive sign. 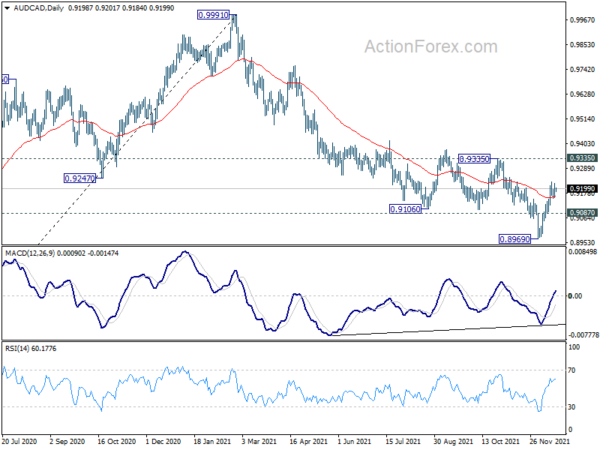 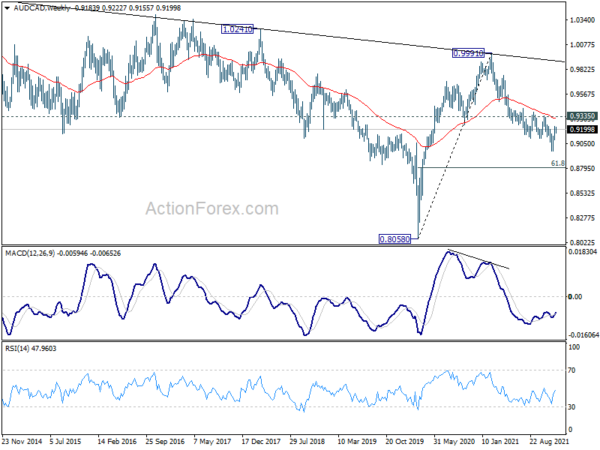 Germany Gfk consumer confidence, Swiss trade balance and UK public sector net borrowing will be released in European session. Canada retail sales and US current account will be featured later in the day. 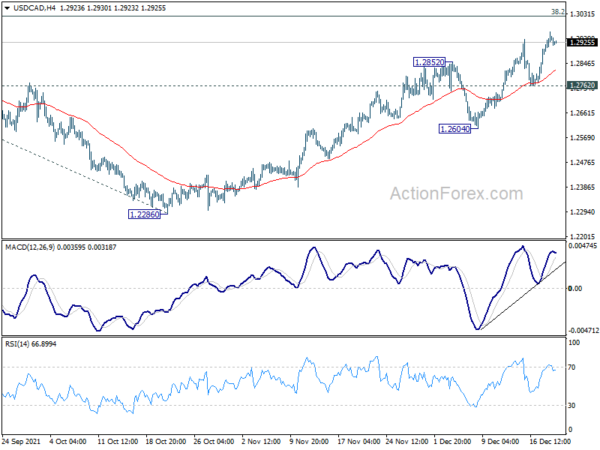 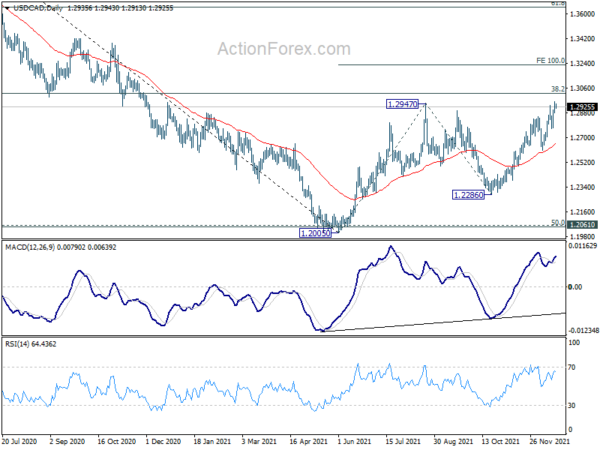