US 30 Struggles For Support

The Dow Jones retreated as major countries imposed curfews ahead of the holiday season. Following a double top under 36200, a drop below 35450 has broken buyers’ attempt to resume the rally.

The index is struggling to hold above the base of the December recovery (34800) which coincides with the 61.8% Fibonacci retracement level of the rally from 34000.

Buyers will need to lift 35620 before they could attract followers’ attention. 34000 is the daily support to safeguard the bullish bias in the medium-term. 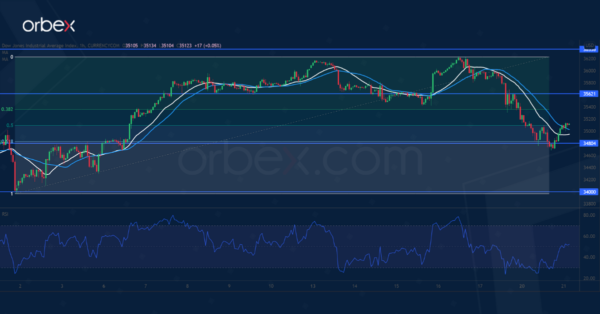