US Bond Yields Had a Roaring Start 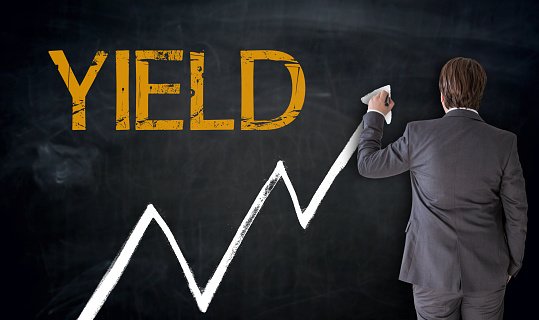 US bond yields had a roaring start coming out of a long weekend during early morning trading hours. We’ve distinguished some general drivers for the aggressive bond selloff. First, there was already some general yield momentum lingering as suggested by German/European markets on Monday, when the US was closed. A Houthi drone strike at the United Arab Emirates prompted oil supply fears. It caused prices to rise to the highest level since 2014, helping push up yields as well. Brent oil currently trades at $87.57 per barrel. Both the short and long end were able to cap some high-profile targets of 1% for the 2Y and 1.77% resistance in the 10Y, allowing for a technical acceleration that send the curve at some point more than 7 bps higher. That US yield vigor largely held up during the European session even as (second tier) data were a mixed bag: the US manufacturing index (see below) declined sharply but the German ZEW (expectations component) crushed estimates. Current gains on the US yield curve range from 4.9 bps (2y) over 5.5 bps (5y) to 3.3 bps (30y) with the bulk driven by real yields. Today’s move brings the spread between the US 30y and 5y to the lowest level since March 2020. The yield surge sours equity mood. Losses add up to 1% in Europe and almost 2% in the US (Nasdaq). German and European yields initially joined US peers but soon met with resistance. For the German 10y this meant another throw to the symbolic 0% ended in tears (-0.1 bp). The short end outperforms with the 2y yield 1.1 bp down. In other bond news, the Kingdom of Belgium successfully launched its first (out of three) syndicated benchmark deal. It sold €5bn of a 2032 at MS-6 compared to MS-5 guidance. Books were above €21bn. Greece intends to launch its first new 10y benchmark of the year, most likely tomorrow. The country is underperforming peers in terms of peripheral yield changes today (+2 bps).

Contrary to what was the case lately, the US dollar is finally starting to profit from the real yield surge. The 10y variant (-0.66%) is closing in on the previous cycle high of -0.60% in a steep move that started since the new year. DXY (trade-weighted dollar) bounces of support from the upward sloping trend line at 95.13 to 95.57. EUR/USD gives up on 1.14 to trade around 1.136, below intermediate support of 1.1386. Risk-off (equity) and rising US bond yields keep USD/JPY in check. Sterling was largely unaffected by a generally solid labour market report. EUR/GBP whipsawed near the short-term equilibrium of 0.835/0.836.

The New York Manufacturing Index unexpectedly declined from 31.9 in December to -0.7 in January. The NY Fed concludes that activity stalled after a period of 18 months of expansion. The new orders index also suggests a slight decline in orders (-5.0 from 27.1). At 1.0 (from 27.1) the shipment index also suggested limited growth. However, indicators related to supply chains (delivery times, inventories unfilled orders) remain at elevated levels. Firms continue to expand employment (16.1) and the average workweek. At respectively 76.7 and 37.1 for prices paid and prices received, pressure remains elevated even as they slowed slightly. Looking forward, the sentiment on activity six months ahead remains more or less stable at a solid 35.1. Future price subindices even are rising further to a record high. Conclusion: NY manufacturing is temporarily dented by omicron, but the outlook remains constructive with few indications that price pressures are easing.

In an interview with DeniKN, Czech central bank head Rusnok was quoted as saying that the CNB plans to raise interest rates further. However, the pace of monetary tightening will probably be slower than at the end of last year. The article indicates that Rusnok expects the interest rate to move above 4% but not beyond 5.0%. He was also quoted that the exchange rate now already reflects a large part of the rate hikes. Despite the rise in core (US) yields, the koruna maintains recent gains trading near EUR/CZK 24.415.