Both Sides Express Some Optimism Over Peace Talks 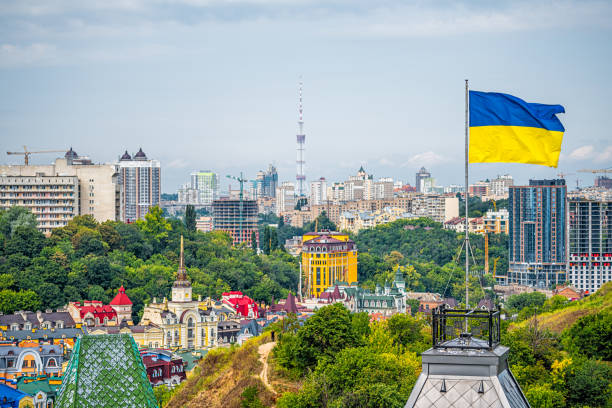 We start the week in a quiet fashion on the data front, but for markets developments in the Ukraine war and commodity prices will remain the key focus.

Swedish inflation figures for February are due and we look for CPIF at 4.3% (0.7% m/m) and CPIF ex energy at 3.2% (0.8% m/m), slightly higher than the consensus calls and substantially higher than the Riksbank’s forecasts.

Later this week, the highlight will be the Fed meeting on Wednesday and Bank of England meeting on Thursday and we expect both to hike policy rates by 25bp.

Russia/Ukraine war: Both Russia and Ukraine have expressed optimism that peace talks have made progress and that results could materialize in the coming days. The fourth round of talks begin today. Over the weekend, Russia bombed a Ukrainian base close to the border of NATO member Poland, see Reuters. The target was supposedly weapons supplied by foreign nations.

US and China will meet today in high-level talks. In an interview, last night, US national security adviser Jake Sullivan said that while China “was aware” that Putin was planning something, Beijing “may not have understood the full extent of it”. He also warned China not to try to ‘bail out’ Russia and circumvent sanctions. According to FT, Russia has asked China for military help in Ukraine but the story did not provide any details. IMF head Kristaline Georgieva said on Sunday, that ‘we no longer think of Russian default as improbable’ but added that it would not trigger a financial crisis.

Oil: US will not negotiate Ukraine-related sanctions with Russia to save Iran deal, WSJ. Talks were suspended on Friday but EU’s foreign policy chief Borell tweeted that a final text is essentially ready and on the table. Oil prices have stayed below USD110 per barrel unchanged from late last week.

China lockdowns: Battling the biggest outbreak since the pandemic started, the major cities of Shenzhen and Shanghai have moved into partial lockdowns. China has reported more than 1,000 local cases in recent days, see chart. The lockdowns are likely to impede supply chains for major manufacturers as the two cities are home to a large amount of both domestic and foreign companies.

Equities: Equities in massive roller-coaster ride on Friday with European stocks sticking out on the positive side as a Putin comment on progress in talks with Ukraine boosted stocks half way through the cash session. US and Asia lower and hence global indices lower after some heavy lifting earlier in the week. Bond yields ticked higher Friday and lifting value stocks. In US, Dow -0.7%, S&P 500 -1.3%, Nasdaq -2.2% and Russell 2000 -1.6%. Asian markets very mixed this morning with Japan higher while China led by tech is selling off massively. European and US futures higher this morning as reports on Sunday said that both Russia and Ukraine were seeing some sort of progress in talks.

FI: Yields declined modestly on Friday and the curves flattened from the long end given the increased risk of recession in the Eurozone. Furthermore, there was modest tightening of the 10Y BTPS-Bund spread and the Bund ASW-spread widened despite the hawkish ECB statement on Thursday last week.

FX: The sell-off towards the end of last week weighed on the notorious risk sensitive Scandi-currencies while also the EUR traded on the back-foot with EUR/USD moving back towards the 1.09 mark. USD/RUB continues to trade just north of 130 on screens.

Sweden: Inflation figures for February are released today. We expect the SEK depreciation of these past months to add to imported inflation pressures, yielding an extra 0.2 percentage points on top of the “normal” February pattern to both core and headline inflation this time around, where we forecast CPIF at 4.3% (0.7% m/m) and CPIF ex energy at 3.2% (0.8% m/m), slightly higher than the consensus calls and substantially higher than the Riksbank’s forecasts. Additionally, we expect rising food prices to add to inflation pressures in coming months, as the warning signs are already there both from abroad but also domestically, although it has failed to materialize in Sweden thus far.