Dollar turned a bit mixed in Asian session as markets await consumer inflation data from the US today. The greenback is losing some momentum against Yen as it’s pressing a long term resistance level at 125.85. Meanwhile, it ticks down against European majors, which are recovering. On the other hand, Dollar is extending rebound against Canadian, which is now the second weakest, even though a big 50bps rate hike is expected from BoC later in the week.

Technically, a main focus today is on USD/JPY’s reaction to 125.85 (2015 high). Strong break there will confirm resumption of up trend from 2011 low. Such development could come in reaction to strong CPI reading and extended rally in US treasury yields. Break of 124.04 minor support will turn USD/JPY into consolidations first, before setting up another attempt on 125.85. 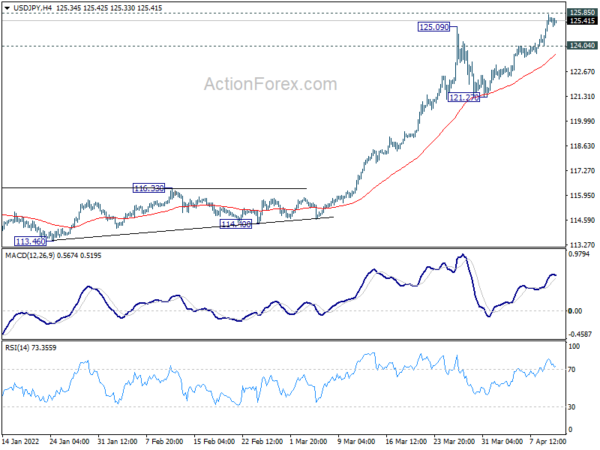 Fed Evans: Optionality of not going too far too quickly is important

Chicago Fed President Charles Evans said yesterday that 50bps rate hike in May is “obviously worthy of consideration; perhaps it’s highly likely even if you want to get to neutral by December.” But he also emphasized, “the optionality of not going too far too quickly is important.”

He added that but the end of the year, Fed will know a lot more about inflation. “Is it going to be that some of these pricing pressures have crested, and they start coming down? Or are they going to stay high — or are they going to be higher?” Evans said. “And if it’s because of supply concerns, real resource pressures, there’s going to be a lot of gnashing-of-teeth angst over the inflation versus the concern for the economy. And I think finding the right balance is going to always be at a premium.”

Japan corporate goods price index rose 7.3% yoy in March, slowed from 9.7% yoy but beat expectation of 9.3% yoy. The March index, at 112.0, was the highest level since December 1982. The yen-based import price index surged 33.4% yoy, signaling that Yen’s depreciation could be amplifying import inflation.

Separately, Finance Minister Shunichi Suzuki warned, “The government will closely monitor developments in the foreign exchange market, including the recent depreciation of the yen with a sense of vigilance. That includes the impact on the Japanese economy.”

“Business confidence continued to improve in March, with little evidence of any adverse impact from events in Ukraine,” said Oster. “The outlook also strengthened in terms of forward orders which points to ongoing economic growth over coming months.” 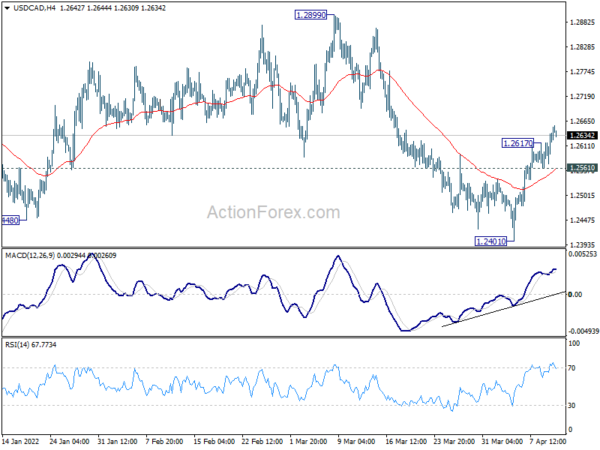 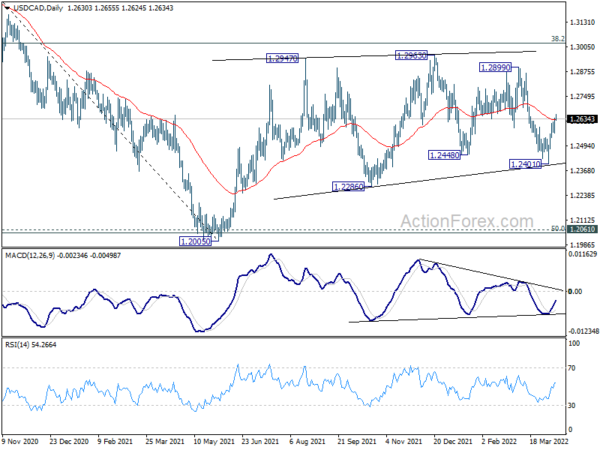