Inflation is All that Matters 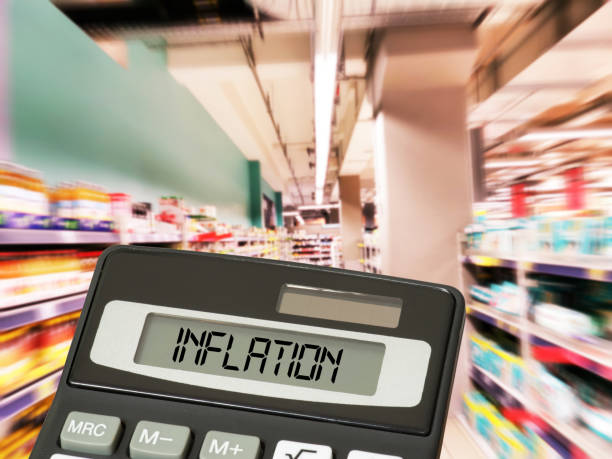 All eyes are on US inflation data today. Investors feel the heat before today’s inflation print. All three major indices extended losses yesterday, as the S&P500 dropped 1.70% and slipped again below its 50-DMA, while Nasdaq, which is the most sensitive to the rates lost close another 2.20%, bringing the past five-day losses to above a trillion US dollars. A CPI figure at or ideally below expectations could cool down the recent selloff, but a figure above expectations will likely further boost the Fed hawks and weigh on the equity appetite.

The consumer prices in the US are expected to print an advance to the eye-watering level of 8.5% in March, from 7.9% printed a month earlier. And of course, there is a chance that we see a higher print on the back of higher energy and commodity prices, rising wages and rising rents.

Fed’s Loretta said that price growth will probably remain above the 2% mark into next year, though the overall trajectory will be downward. A more relevant question is, will they continue progress higher from the actual levels – and despite the Fed tightening, or will they top before they hit the 9 or even the 10% mark, before they start easing. How fast the Fed could bring down inflation that is mostly caused by supply side problems, by restricting demand, and how will the rising inflation and the rising rates to tame inflation will impact the market?

Bitcoin, a proxy for Nasdaq?

Bitcoin slipped below the $40K mark as the broad risk selloff tainted on the mood in cryptocurrencies, as well. It is now clear that Bitcoin trades parallel to the risk assets, rather than a safe haven. In fact, the latest data even shows that the 90-day correlation between Bitcoin and Nasdaq advanced to the highest levels on record, near 60%.

Bitcoin is still not the digital gold, it’s more of a crypto-proxy for Nasdaq apparently.

Gold advanced to $1970 per ounce as a broad-based risk selloff benefited to the yellow metal on Monday. The rising US yields is not fundamentally positive for gold appetite, as it increases the opportunity cost of holding the non-interest bearing gold, but the bond markets is simply not a safe option right now, as the selloff will certainly extend on Fed’s tightening plans and the rising geopolitical tensions, as the West is willing to arm Ukraine – given that sanctions do little to get Putin out of the country, appears to be giving some support to the yellow metal.

The US dollar index consolidates a touch below the 100 mark, as investors love the US dollar either for being a good reserve asset, a safe safe-haven, or simply a good investment. A recent poll by Bloomberg Markets Live survey shows that 56% see the dollar gaining more this quarter versus less than 30% that expect a drop. So, the stronger dollar is the baseline expectation.

The wider divergence between the more hawkish Fed and the relatively little responsive ECB continues weighing heavily on the EURUSD. European consumer prices are rising at a pace which is as scary as the US’, while the wages grow much less than the US meaning that the Europeans experience a bigger loss for their purchasing power. Bloomberg Economics writes that their base case scenario is that the energy costs would remain elevated in quarters to come, which would push inflation to a peak above 8% in July and squeeze households’ spending power.

The ZEW index due today will confirm how fast the sentiment deteriorates in Germany. An ugly figure could further weigh on the single currency, but we will probably see a floor into the 1.08 level in the EURUSD before Thursday’s ECB decision, just in case the ECB would sound more hawkish.