Major forex pairs are generally stuck inside yesterday’s range as markets await FOMC rate decision. Swiss Franc is the exception, though, as the selloff against Euro spreads to other Franc pairs. Dollar and Canadian are the next weaker ones. On the other hand, Aussie and Kiwi are the firmer one while Euro and Sterling are mixed. The picture should easily be changed by post FOMC volatility.

Fed is widely expected to raise federal funds rate by 50bps to 0.75-1.00% today. The plan for balance sheet runoff should be announced too. But the main question is what next. Fed fund futures are currently pricing in 99.1% chance of a 75bps hike in June. Markets would be eager to get some hints from Chair Jerome Powell on such expectations. But then, Powell is unlikely to give anything concrete.

Here are some previews on FOMC:

US goods and services trade deficit widened to USD 109.8B in Mar

Eurozone retail sales dropped -0.4% mom in March, worse than expectation of -0.2% mom. Volume of retail trade decreased by -2.9% for automotive fuels, and by -1.2% for non-food products, while it increased by 0.8% for food, drinks and tobacco.

Chris Williamson, Chief Business Economist at S&P Global said: “The eurozone economy has shown surprising resilience in the face of the Ukraine-Russia war, thanks to a renewed burst of service sector activity as virus containment measures were relaxed further during April. The survey data are consistent with GDP rising at a quarterly rate of around 0.7% at the start of the second quarter after signalling a 0.4% rise in the first quarter.

“Rising prices, combined with the continued easing of restrictions across the country has led to rises in turnover in all three months of the March quarter. 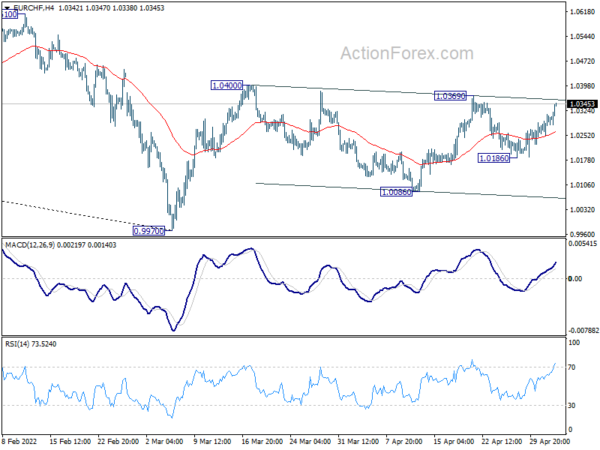 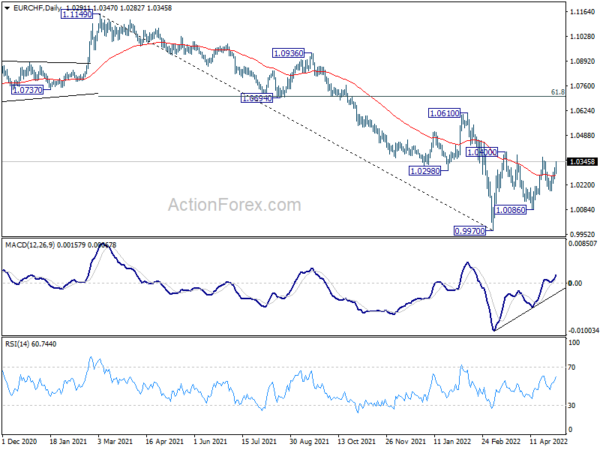