The euro continued rallying ahead of key economic data from the euro area. Eurostat will publish the flash consumer inflation data from the bloc. Analysts expect the data to show that the headline CPI rose from 7.4% to 7.7%, which will be the biggest increase ever recorded. The core CPI, which excludes the volatile food and energy products, is expected to move from 3.5% to 3.7%. This increase is expected to be broad-based, with companies like Italy and France expected to show robust inflation growth. On Monday, data from Spain and Germany showed that inflation kept rising in May. The situation will continue worsening as the EC considers a ban on Russian energy.

Global stocks continued rising as investors cheered the ongoing China reopening and new stimulus. In a statement during the weekend, Shanghai’s Vice Mayor said that authorities will loosen restrictions under which companies are able to resume their work. Another catalyst for the rally is recent data from the US that showed that consumers boosted their spending even as the cost of living rose. Still, there are concerns that the challenges that caused the slump were still in place. They include the hawkish Fed and the ongoing crisis in Ukraine.

The Australian dollar continued its uptick after a series of important economic data from the country. According to the Australian Bureau of Statistics, building approvals returned to growth after slumping by 18.5% in March. Similarly, companies saw their gross operating profits jump by over 4% in the fourth quarter. Meanwhile, data from China revealed that the manufacturing sector rose slightly in May as some manufacturers restarted their plants. Later today, some of the top data to watch will be the latest German unemployment rate and the Bank of England mortgage approvals and lending data.

The EURUSD pair continued its bullish trend ahead of the preliminary EU inflation data. It is trading at 1.0778, which was slightly above the ascending trendline shown in yellow. The price is also being supported by the 25-day moving average and the 61.8% Fibonacci retracement level. The MACD is slightly above the neutral level. Therefore, the pair will likely continue rising as talk of a hawkish ECB continues. 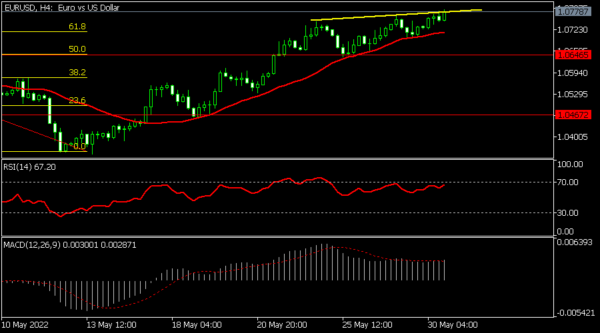 The EURJPY pair continued rising as it moved to the highest level since May 17. It moved above the important resistance level at 136.78, which was the highest level on May 24. It has moved above the key resistance level at 136.78 and the ascending trendline shown in white. The Relative Strength Index (RSI) has moved close to the overbought level while the ADX index pointed upwards. Therefore, the pair will likely keep rising in the near term. 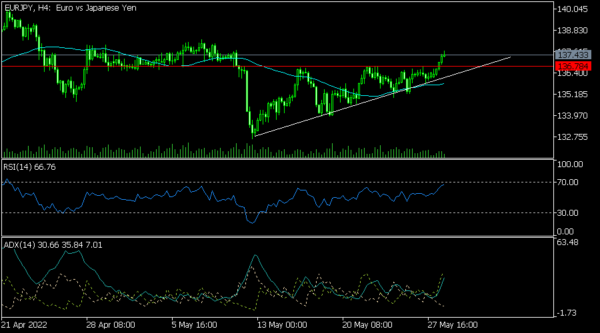 The USDCAD pair continued moving in a bearish trend as the US dollar decline accelerated. It dropped to a low of 1.2658, which was the lowest level since April 25. The pair managed to move below the important support level at 1.2767, which was the lowest level on May 25. It remains below the 25-day and 50-day moving averages while the Stochastic Oscillator and the Relative Strength Index (RSI) have moved to the oversold level. Therefore, the pair will likely continue with its bearish trend. 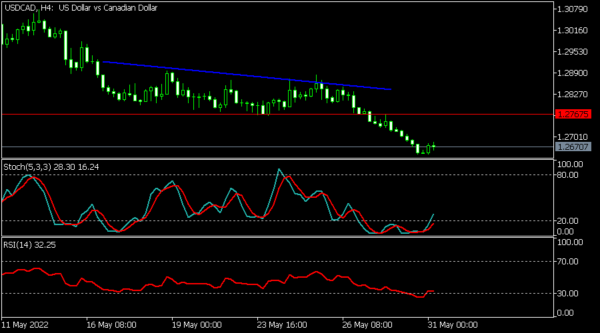