Recession fear is currently the main theme in the markets, with Euro and Sterling hardest hit in the currency markets. Canadian Dollar is somewhat a distant third weakest, as dragged down by oil prices. Nevertheless, Aussie and Kiwi are relatively resilient. Yen and Dollar are at par in strength for now. But they could soon decide which one would be the runner winner. Also, some focuses will turn to US ISM services and FOMC minutes today. But overall sentiment will remain the key driver in the markets.

Technically, one focus is now on 134.25 minor support in USD/JPY. Break of this level is the first sign that 136.99 is a medium term top on bearish divergence condition in daily MACD. In this case, USD/JPY should have a deeper correction back into 126.35/131.34 support zone. If happens, that would be a signal of a larger, broad based come back of Yen, after being sold of for nearly the whole of the first half of the year. 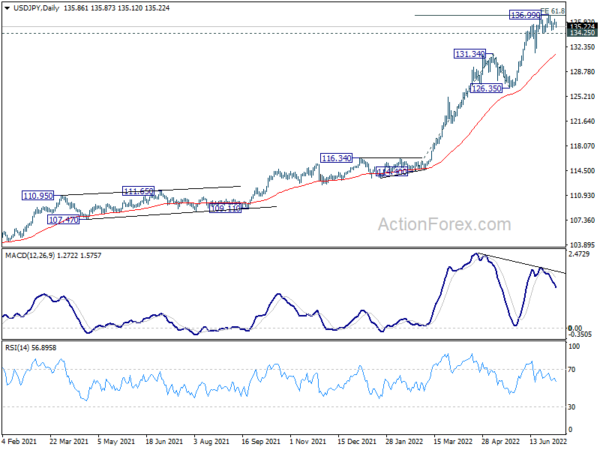 BoE MPC member Silvana Tenreyro said “I wouldn’t expect the effect of the unwind, of QT (quantitative tightening), to have a material impact on the economy. So far our experience with the beginning of the shrinking of the portfolio is consistent with that.”

“We have been shocked by the biggest shock imaginable. Not only the pandemic but the build up to the war, the war itself, new waves of Covid affecting supply. These are called shocks because they are not anticipated. They are deviations from the model,” she noted.

“Even if it would have been possible to predict the evolution of the pandemic, the war and so on I would not have thought we would have struck a materially different policy. Policy has to address the trade off.”

Oil prices tumbled sharply this week, together with some commodities, on as recession fears mounted. WTI crude oil price have briefly breached 100 handle and remains soft. 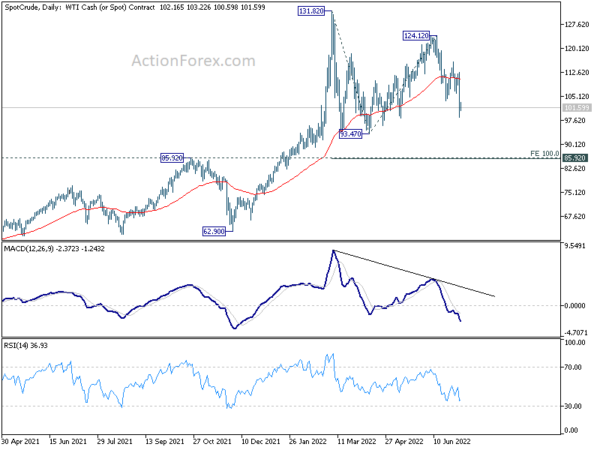 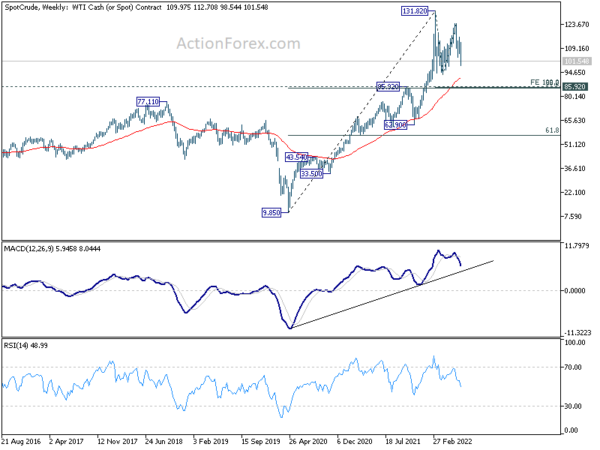 Germany factory orders, Eurozone retail sales and UK PMI construction will be released in European session. Later in the day, US ISM services and FOMC minutes will take center stage. 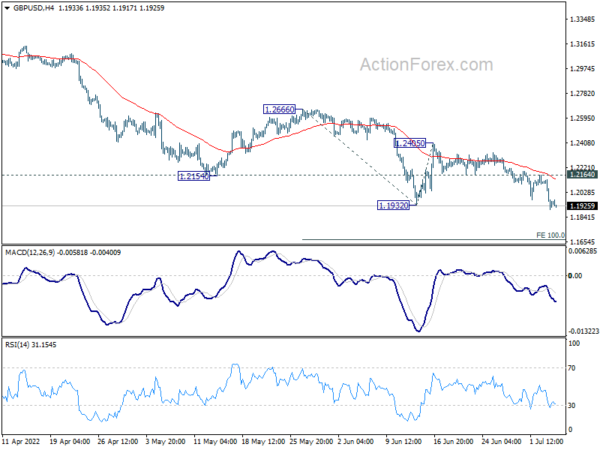 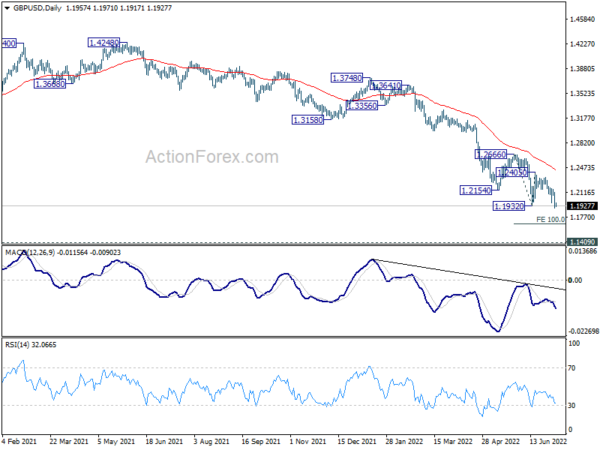