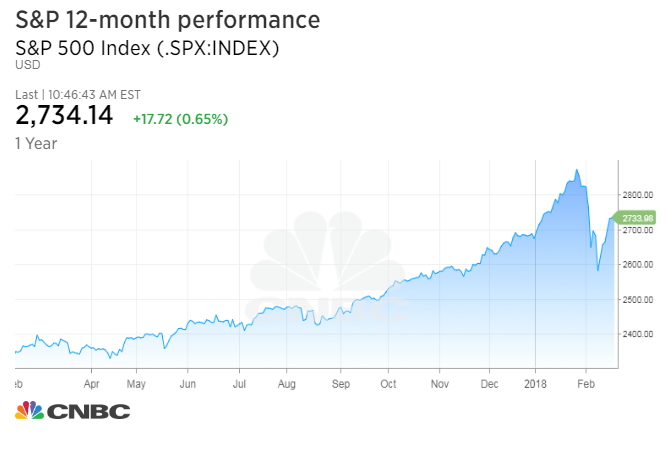 “As the market shifted from ‘grind-up’ to ‘straight-up’ in January, our long portfolio only rose about half of S&P 500, while our short portfolio more than doubled the index,” Einhorn said on a conference call Wednesday. Shorts refer to bets against market gains.

“While we’ve never underperformed like this, our prior worst underperformance compared to the S&P came in March of 2000, which was a similar environment,” the hedge fund manager said.

February has also been tough for the hedge fund so far. At the beginning of the month, the S&P 500 briefly fell 10 percent from its record high into correction territory for the first time in two years.

Einhorn said the fund “has not underperformed materially” in February, but has not outperformed either. The S&P remains just over 3 percent lower for the month.

“While the environment has remained difficult with growth stocks accelerating their outperformance against value stocks this year, including February, we think a reversion may finally be coming soon,” Einhorn said. “Corporate tax cuts are a benefit to companies with profits, which are a hallmark of our long portfolio. Higher interest rates are beginning to offer investors an alternative they haven’t had in many years.”

The hedge fund has been hurt by its bet against shares of Caterpillar, which is up 60 percent over the last 12 months. But if Greenlight still holds its investment in Twitter, shares have risen about 52 percent since the fund acquired them at an average price of $21.59 in the fourth quarter last year.

— CNBC’s Leslie Picker and Tae Kim contributed to this report.

Previous: ECB Meeting Minutes Due: More Hawkish Talk to be Expected?
Next: Cryptocurrency exchanges add new tech to speed up bitcoin transactions by 20%