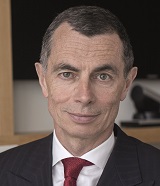 When Italian lender UniCredit sold an entire €3 billion five-year senior non-preferred bond with a 7.83% coupon to US investment management firm Pimco in late November it was a demonstration of far more than the brutal impact that the country’s political turmoil has had on Italian banks’ cost of borrowing.

It showed the huge competitive advantage that today’s enormous asset managers enjoy – and just how much they can charge for access to funding.

Having been locked out of the markets for most of the year, UniCredit was clearly in a tight spot, and still only around a third of the way through its 2018 funding plan by October.

The bank has history with Pimco, which together with Fortress bought its €17.7 billion NPL securitization in late 2016. Pimco is also widely believed to be the buyer of a €500 million additional tier-1 deal from UniCredit at the same time, which also came with an eyewatering coupon of 9.25%.

So, when news emerged that the bank had sold the whole €3 billion issue to one buyer, there was really only one candidate that it could be.

UniCredit chief executive Jean Pierre Mustier has justified the trade as demonstrating that the bank has investor access: although a private placement with a single buyer is hardly a ringing confirmation of this.

“By doing such a large transaction with a single investor, it also conserves the capacity of the market for new transactions,” Mustier said.

He has also claimed that the deal was a negotiation and the price was “mutually agreed”.

Italian banks hold 10% of their total assets as domestic government bonds. This has seen them lose over 50 basis points of core capital in the last two quarters as Italian bond spreads ballooned from around 130bp last May to 319bp on November 19. Collectively, they need to refinance roughly €130 billion in outstanding bonds by 2020.

UniCredit issued Italy’s first senior non-preferred deal in January this year, a €1.5 billion five-year issue with a coupon of 1%. That deal was trading at 320bp over swaps in early December.

The €3 billion deal, which was signed at the end of November, is priced at 420bp over swaps, representing quite a new issue premium.

A rock and a hard place

To suggest that the 7.83% coupon was mutually agreed seems to imply UniCredit had some choice in the matter. But it clearly didn’t have much negotiating power. UniCredit was stuck between a rock and a hard place: it had to raise the bail-in-able debt or risk breaching ECB guidelines. Indeed, it still needs to raise €3 billion to €5 billion more by end of the first quarter of 2019 when there is little sign that market conditions are going to improve any time soon.

Pimco, of course, knew all of this. It also knew that it could buy the huge new issue and spread it across multiple portfolios, thereby mitigating the risk of taking such a large position.

The coupon that it charged was an indication of just how few buyers are in a position to do this. The last Italian bank to issue prior to this was Intesa San Paolo, which sold €1 billion five-year debt at what was seen as an expensive 2.15% in August.

Mustier’s grand gesture in early November of personally investing €600,000 in UniCredit shares and a further €600,000 in the bank’s AT1 paper was designed to demonstrate that he has skin in the game.

The sale of this bond to Pimco at the end of the same month only emphasises the extent to which the odds are stacked against him.