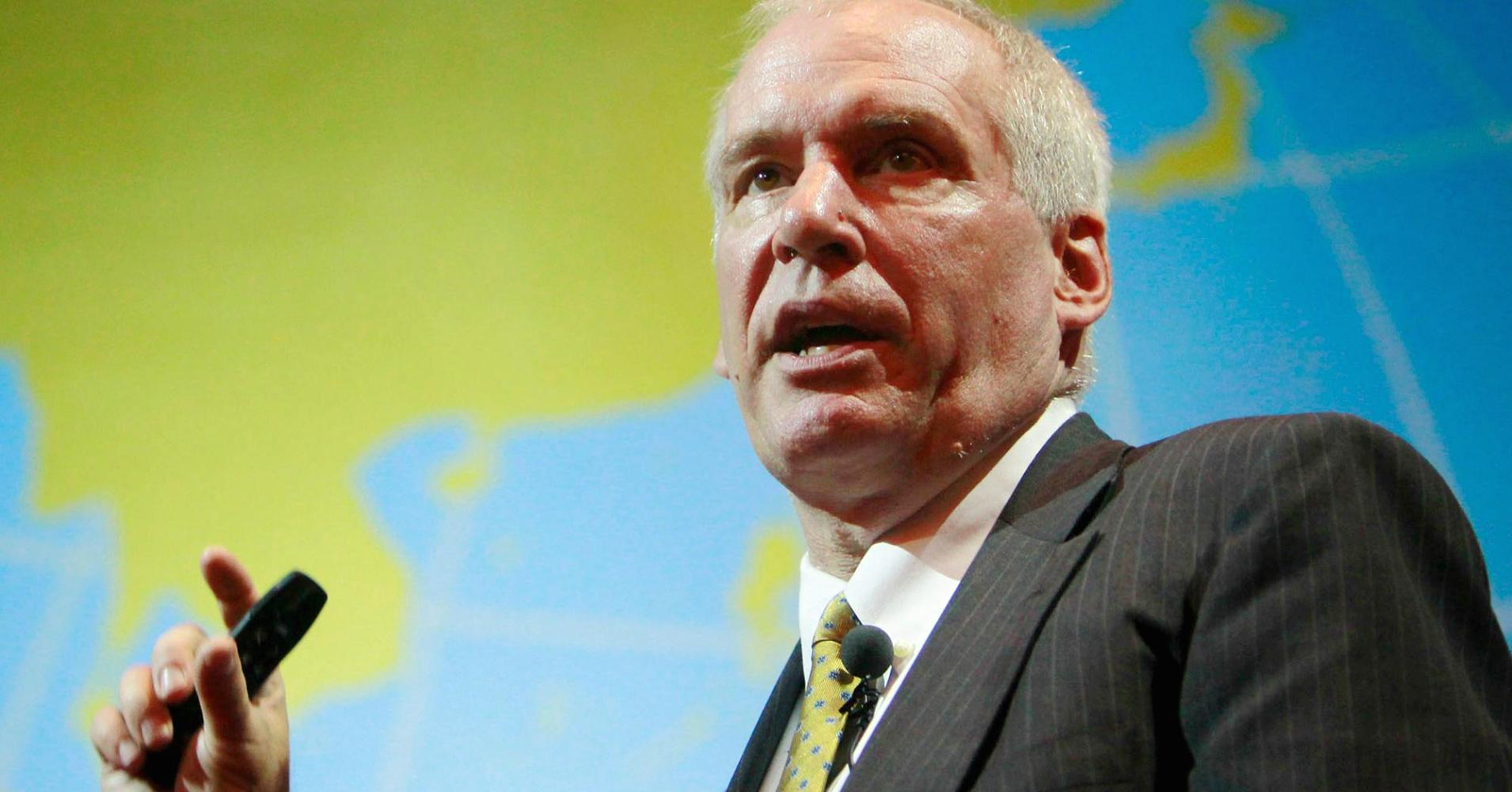 The Federal Reserve will probably need to raise interest rates at least three more times this year in the face of a robust U.S. economy, even while possible trade disruptions pose risks, a top Fed policymaker said on Friday.

Boston Fed President Eric Rosengren, in a speech at the Greater Boston Chamber Economic Outlook Breakfast, painted an optimistic picture of strong U.S. job growth, a small rise in inflation and above-average economic growth. But he also flagged recent trade tariffs and threats of more as a short-term risk, and argued that fiscal stimulus could pose longer-term problems.

“I expect somewhat more tightening may end up being needed” than the median of two more hikes in 2017 forecast by the central bank’s policy-making committee last month, when it delivered the first rate rise of the year, he said.

The Fed is tightening policy gradually after a strong second half to 2017, signs that below-target inflation may be picking up this year, and an unemployment rate that has held for months at a relatively low 4.1 percent.

Rosengren, a veteran policymaker who has shifted to a more hawkish stance in the last two years, said he predicted a “somewhat stronger” economic performance than even the “quite positive” forecasts from the Federal Open Market Committee.

Yet he pointed to the Trump administration’s metals tariffs and threats of more trade action targeting China as a risk in which “spillover effects are possible (and) difficult to measure,” including a spike in prices.

Asked to speak specifically about Trump’s practice of making policy pronouncements on Twitter, Rosengren demurred, saying only that policy mistakes can cause recessions and that they can come from fiscal mistakes and other factors that are hard to predict.

He also repeated a warning that if unemployment falls too much below what is seen as neutral, the economy risked a “boom-bust” fate. And he noted that recent U.S. tax cuts and government spending “risks not having sufficient fiscal capacity in the future when it might be needed” to head off an economic downturn.

“I am not forecasting significant trade disruptions or substantial boom-bust problems,” Rosengren told the Greater Boston Chamber of Commerce. “But the risk that they could develop means we must be very carefully monitoring.”

He spent a good amount of time musing about what could happen when the next downturn hits, noting that the same policy tools that lifted the economy out of the 2008 recession may not be available any longer. Looking back at the Fed’s policies to cut interest rates dramatically back then, Rosengren said the central bank did what it took to move the economy back to full employment. He said that he would prefer not to have to use those tools again in the future.

He also spent a few minutes speaking about the change of leadership at the Federal Reserve with Jerome Powell having now replaced Janet Yellen as chair. “There will be a lot of similarities between the two chairs,” he said, adding that it is premature to talk about the Powell Fed. “There will be nuances but generally it will be quite similar.”

Yellen, who holds a PhD in economics, is a “true academic economist,” Rosengren said, adding that Powell, a lawyer and former investment banker, will “be more understandable to people with less academic training.”