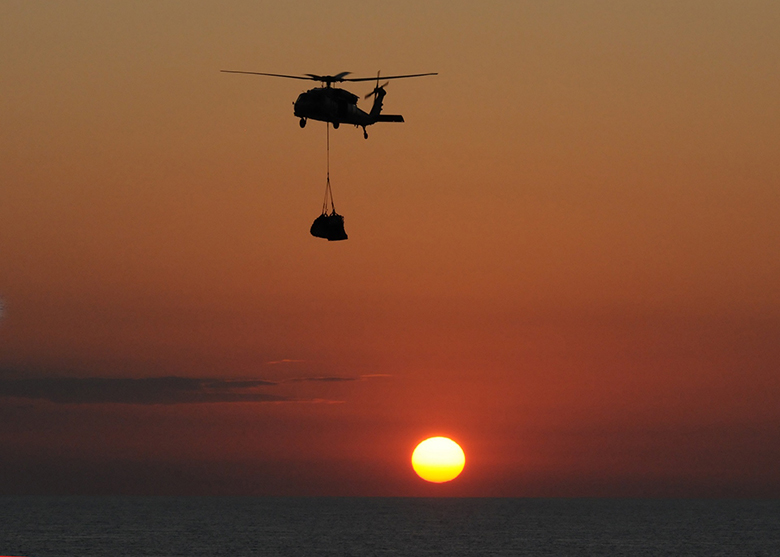 You don’t have to spend too much of your lunch hour trawling the polite corners of the internet – Facebook, Twitter, football supporters’ message boards – to pick up an invite from one of your virtual acquaintances to join Initiative Q.

Initiative Q claims to be the latest idea of Saar Wilf, a serial entrepreneur who launched his first payments start-up in 1997, later founded payments security company Fraud Sciences and sold it to PayPal in 2008.

The economic and monetary models of Initiative Q were developed with economist Lawrence White, a professor of monetary theory and policy at George Mason University.

Initiative Q presents itself as a new global payments network that will aggregate the best ideas, innovations, and technologies developed in recent years – no actual details yet, no white paper and no mention of blockchain – to allow safe, fast and low-cost transactions, using a private global currency.

This will be the Q, and early adopters can obtain Qs for free right now if they are invited by someone they know, sign up with their name and email address and are verified.

At that point, they in turn can invite other acquaintances and so be granted more free Qs if these new people sign up, as do their invitees and so on.

“Think of it as getting free bitcoin seven years ago,” the company says.

It smacks so much of chain mail and pyramid selling – although it is not asking for money – that those approached fall into two camps: those who are convinced it is a scam; and those who think it may well be a scam but as it is not asking for money and only wants a verified name and email address, then why not give it a punt just in case, by some miracle, it actually takes off?

Martin Lewis, founder of MoneySavingExpert, falls into the second camp.

He says: “The ‘should I give someone my name and email address’ bar is one set very low. So, if you want to take a punt, do it. Yet if you are in future asked for more details, such as address or date of birth, then the bar has risen, so don’t just think ‘they’ve already got my email, so I’ll do it’. And if you are ever asked to risk money on it, then it becomes a high jump.”

Initiative Q sets out big ambitions to eventually handle $20 trillion a year in transactions. If it succeeds, we will feel like such fools for being sceptical. But it seems more likely to us that what Initiative Q may be most remembered for will be drawing attention to the next big thing in crypto: the airdrop.

Before this deep and prolonged crypto winter of collapsing prices, founders of blockchain-based distributed networks for exchanging in ownership of anything from energy to luxury cars typically funded themselves by selling their network’s native currency – often called a token or coin – to investors.

Initial coin offerings were a threat to venture capital and a source of substantial funding.

Now, instead of selling tokens, founders are desperate to give them away, through airdrops. It’s a bit like helicopter money: only it’s not real money. And, rather like Initiative Q – with its effort quickly to build a broad network of verified users, using time pressure and fear of missing out – founders using airdrops want to give their tokens away to as many people as possible, ideally people who will then use them.

The new desperation is not to raise funding but rather to establish network effects.

There were three main problems with ICOs.

First, they tended to centralize ownership in the hands of a small number of wealthy – in crypto terms – investors, who saw them as an investment and who did not comprise a network of users buying and selling the underlying asset.

Second, that alerted regulators, notably the SEC, that most ICOs were essentially investments and so subject to securities law.

Finally, most of the business ideas were rubbish.

Airdrops aim to go back to the idea of pure utility tokens, not held in the hope of their investment value going up, but rather used in the course of the business of the underlying network by as many participants as possible.

On November 6, the company Blockchain, a leading software provider for cryptocurrency, announced a partnership with the Stellar Development Foundation to distribute $125 million-worth of Stellar lumens (XLM) to its users.

This represents the largest crypto airdrop so far, and, if you have any faith in the price of lumens quoted on crypto exchanges, potentially the largest consumer giveaway ever. The offer is accessible to any of the 30 million users with a Blockchain wallet

Stellar, in an echo of Initiative Q, is a payments network being built for scalability with its lumen tokens enabling quick, low-cost worldwide transactions,­ including remittances and micro-payments for fractions of a cent, even when millions of people are using it at once.

Peter Smith, chief executive of Blockchain, says: “Providing exclusive access to the next generation of crypto assets allows new and existing users alike to test, try, trade and transact with new, trusted crypto assets in a safe and easy way. We’re empowering our users with private keys, which allow them to go beyond just storing their crypto to actually using them.”

And Smith points out the advantages for issuers.

“In turn, we can help build a bigger and more engaged crypto community, and drive network effects that make the ecosystem more useful and valuable for the many rather than the few.”

The goal of widespread distribution of free tokens through such airdrops is twofold. It avoids securities laws, because takers are not investing money for an expected return, and distribution is so widespread that it avoids any concentration of governance or ownership that might resemble equity.

Further, this decentralization is a key aim of many in the crypto world and it gives company founders a chance to establish a network of potential users that can be monetized eventually.

Crypto tokens are not easy to come by. Buying them on exchanges is cumbersome and expensive and brings the risk of being hacked: mining for them even more so. Setting up a wallet and receiving them for free may lead more people to actually use them and be the path to eventual mass adoption.

Blockchain points to Metcalfe’s law (after Bob Metcalfe, the inventor of Ethernet) summarized in Varian and Shapiro’s 1999 book “Information Rules” as follows:

In cases where two or more network technologies are competing against each other the winner is often decided by which network was able to “grow big fastest”.

Will it be Initiative Q or Stellar? Or will it be neither?

Stellar’s is just the first big airdrop Blockchain aims to work on. It has established principles for more, such as that they should be free; dropped directly to individuals with private keys to their own wallets; that distribution be as broad as possible but to individuals properly targeted as potential users, though anyone would qualify for a simple use such as money.

Jed McCaleb, co-founder of Stellar Development Foundation, says: “We believe that airdrops are central to creating a more inclusive digital economy. Giving away lumens for free is an invitation to communities to design the services they need. Our hope is to eventually have global citizens own and use lumens, in both developing and developed economies.

“By working with Blockchain to increase the availability and active use of lumens on the network, leveraging their almost 30 million wallets, we will increase the network’s utility by many orders of magnitude.”