BoC Review: Woah, We’re Halfway There (But the Other Half May Take a While) 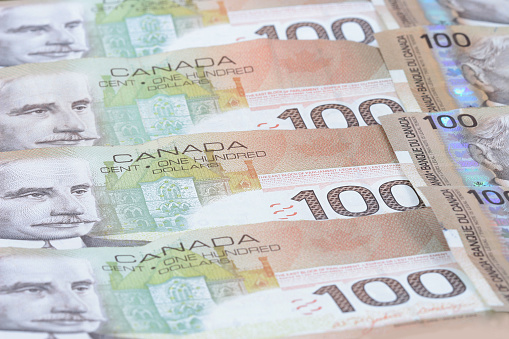 The Bank of Canada increased its key monetary policy interest rate to 1.50% this morning (from 1.25%). This was the fourth increase in a year.

In its statement explaining the decision, the Bank struck a neutral to slightly hawkish tone. On the negative side, trade tensions were front and center, with the impact of uncertainty on the outlook now larger. ‘Underlying’ wage growth is estimated to be 2.3%, a sign that labour market slack still remains. On the plus side, the Bank’s assessment of the economy was fairly constructive, seeing housing markets stabilizing and solid demand growth driving business investment. The final paragraph noted that “higher interest rates will be warranted to keep inflation near target and [the Bank of Canada] will continue to take a gradual approach, guided by incoming data.”

We also got an update to the Bank’s economic outlook, via the latest Monetary Policy Report (MPR). The Bank forecasts growth of 2.0% this year (unchanged from the April MPR), followed by 2.2% and 1.9% in 2019 and 2020. Both of the out-years saw an upgrade on the back of stronger consumer spending that offset a downgrade to business investment. In contrast, consumption is forecast to play a smaller role this year with business investment doing more of the work.

The negative impact on the domestic economy from U.S. tax reform and trade policy uncertainty has been updated, with uncertainty now expected to be a bigger drag over the forecast. The level of business investment and exports are expected to be 2.5 and 1.2 percentage points lower than would otherwise have been the case (previously 2.1 and 1.0 p.p.). The net effect, including tax changes, is seen as shaving roughly 2/3 of a point off of the level GDP by the end of 2020.

The inflation outlook remains benign. Inflation is expected to average around 2.5% over the second half of 2018, but this is the result of temporary factors, with inflation forecast to be roughly back on target by the end of next year. The MPR described labour market conditions as healthy, but noted that slack may remain in some areas. Youth labour market participation was seen as subdued.

As always, the MPR ended with a rundown of the risks. Unsurprisingly, weaker investment and exports stood at the top of the list of risks facing the Canadian economy, with the Bank monitoring foreign demand and trade policy developments to track its evolution. Other negative risks are a tightening of financial conditions and a pronounced decline in house prices. Conversely, two positive risks were on offer: stronger U.S. growth, and stronger domestic consumption and rising debt.

The march continues. That we’ve received another hike today shouldn’t come as a surprise. Economic slack appears to be gone, labour markets are tight, and continued above trend growth is in the cards. These factors all point to upward pressure on inflation going forward, and monetary policy is set for the conditions to come, not conditions today. As a result, we’re in exactly the sort of situation that traditionally warrants rising borrowing costs.

Of course, beyond the fundamentals, the current economic environment is hardly normal. Underlying risks related to housing markets and household debt already argue for caution in the pace of hikes, with external threats looming even larger of late. This is why despite today’s hike only bringing the policy rate to about half of its ‘neutral’ level, the path forward, particularly in terms of the pace, remains cloudy and the Governor continues to emphasize that monetary policy needs to be done in real time.

As the Governor has pointed out before, monetary policy is an exercise in risk management, operationalized via data dependency. On this front, there is a risk that the Bank has set itself up for disappointment. It is challenging to see over-extended consumers contributing as much to growth as the Bank expects in the coming years, and it is unclear why exports, which have failed to capitalize on healthy U.S. demand to date, are likely to accelerate meaningfully against a backdrop of heightened uncertainty. In addition, we must be mindful of the potential for false or mixed signals in the months ahead within the trade data as businesses take proactive action to stockpile ahead of tariff threats. This is already appearing in U.S. and China trade data.

All told, today’s statement, outlook, and press conference are all consistent with a Bank that’s committed to a rate hike cycle, but leaves sufficient room to adjust to evolving events. Data dependency is the operating guideline, and it will be challenging to separate signal from noise, particularly on the trade front. The focus going forward should be on domestic demand dynamics and, in particular, credit growth as guideposts. We would be happy to be proven wrong, but as it stands, we maintain a slightly cautious growth outlook – we still look for more hikes, but think a gradual pace of one hike roughly every two quarters still makes the most sense. NAFTA resolution and/or receding trade threats would certainly lay the ground work for an additional hike this year, but we won’t hold our breath.