Europeans are giving Trump a defiant runaround on trade and security 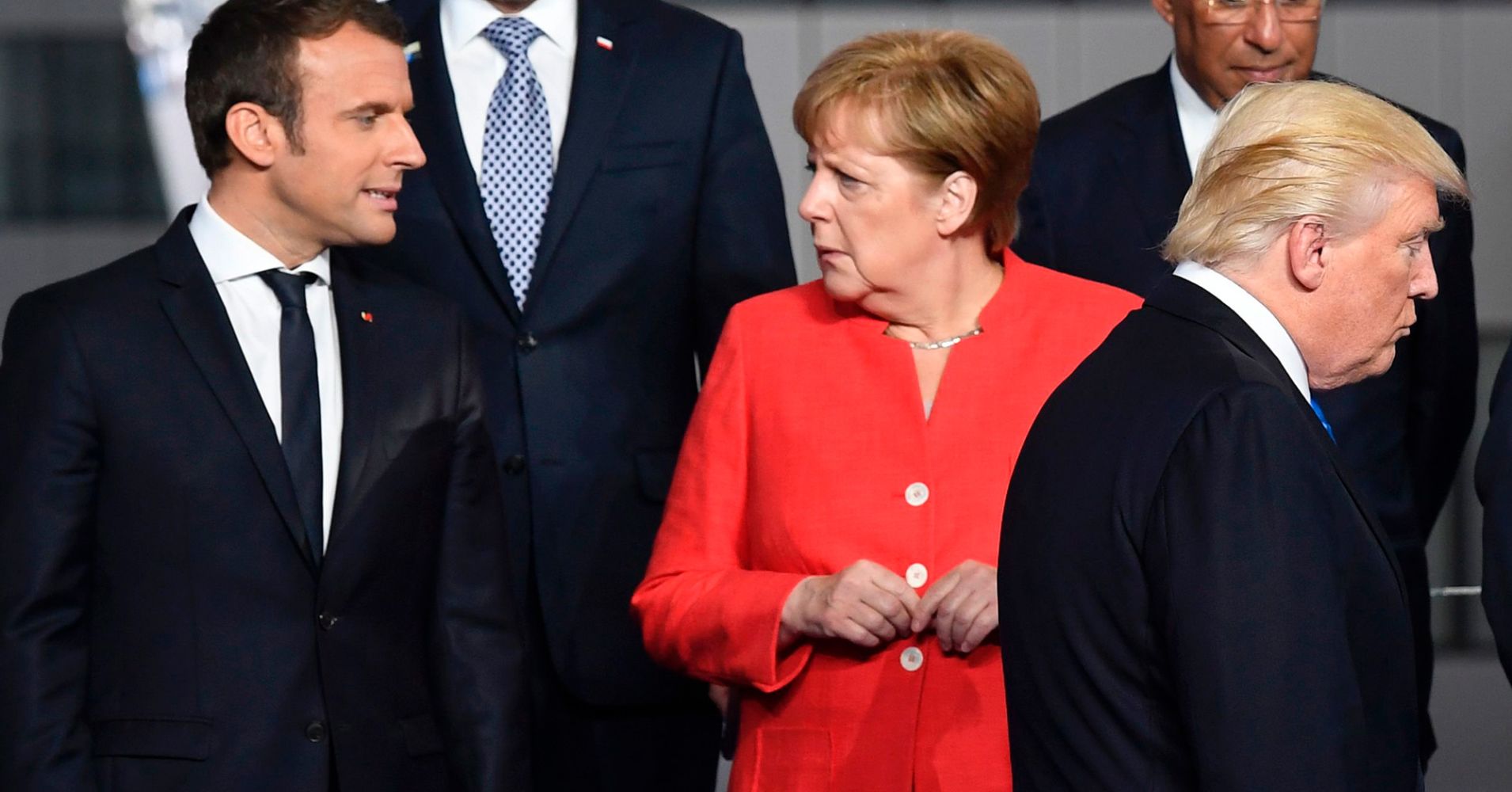 As a presidential candidate, Donald Trump began telling the Europeans in 2015 that they had to: (a) cut their systematic and excessive trade surpluses with the U.S., (b) eliminate discriminatory trade rules and practices to open up markets for American firms and (c) stop free-riding on the U.S. for their security.

Europeans ignored him, kept hurling insults at a would-be taskmaster who, they thought, was going to be ignominiously trashed well before the main American presidential contest in November 2016.

But then, coming closer to the day when American voters would shock the world, Trump upped the game by saying that the European Union was an unfriendly bunch, at the service of Germany, and was set up to compete against American economic interests.

Sadly, nothing happened since then. Europeans simply continued to ignore the U.S. president. So far this year, the EU is running a surplus at an annual rate of $158 billion on its American trades.

And all that with threats to retaliate aggressively in case Washington dared to change the status quo of the U.S.-EU trade relations. The message to Trump is: Just take it — and don’t make waves.

Germany — with its U.S. trade surplus soaring at an annual rate of 12 percent in the first five months of this year — is now the ringleader of EU attempts to scare Washington with a cozy political and economic rapprochement with China. Berlin was hosting last week the Chinese Premier Li Keqiang to open large trade and investment flows with Beijing, and to embrace the Chinese call to oppose, together, “American protectionism” in defense of “the multilateral trading system.”

And there is more. On Monday, Germany is leading the Europeans into an EU-China summit in Beijing, while the U.S. is struggling to (a) stop and reverse its nearly half-a-trillion dollar trade deficits with China, (b) protect American and other Western intellectual properties, (c) force structural economic changes in China and (d) fight the Chinese challenges to the Western world order.

To top it all off, and presumably to reassure his Chinese friends, Germany’s foreign minister was magisterially coaching the president of the United States, via a tabloid interview on Sunday, on how to treat the West’s core interests on the world stage.

Makes you wonder when Trump will put his foot down on all that nonsense.

When Trump reportedly told French President Emmanuel Macron that France would get much better trade treatment from the U.S. if it left the EU, one had to believe that Trump fully understood the economic and political challenge the EU poses to the United States. He repeated the same thought last week to British Prime Minister Theresa May, telling her that a soft Brexit (the U.K. remaining part of the EU’s free-trade area) would compromise a post-Brexit American-British free-trade agreement.

Trump understands that the EU is a customs union — an economic contraption that promotes intra-area trade, but kills trade with countries outside the EU. That is particularly the case with the French-imposed agricultural policy — an emblematic feature of the EU’s protectionist fortress that Trump will never be able to open for Great Plains farmers.

Europeans are flouting the trading clout they have. They, for example, don’t want to reduce their 10 percent import tax on U.S. automobiles to the 2 percent the U.S. charges on EU-originating motor vehicles.

Put very briefly, Trump is wasting time trying to change the existing trans-Atlantic trading regime. He should simply tell the German EU bosses that he wants balanced trade accounts — immediately. Let the Germans figure out how to do that.

Incidentally, Trump should do the same thing with China. Let China decide how to balance its U.S. trade. And the U.S. should get out of the business of Chinese structural reforms.

None of this means that Washington should tear down the G-20 (the world’s main economic forum), the World Trade Organization or the International Monetary Fund. But it does mean that the U.S. should strongly and effectively defend its interests on all those global platforms — instead of complaining because it failed, or never even tried, to do so.

On political and security issues, the U.S. has to start out by deciding what it wants to do with China and Russia.

What that means is that the U.S. (with Germany and the EU) has to decide what kind of security architecture it wants with Europe’s largest country. Russia accounts for roughly 37 percent of Europe’s landmass, and that area is home to about 75 percent of the Russian population.

Quarreling with Europeans about their defense spending is also a useless exercise.

Most European countries don’t even know who the enemy is. Those in the south are concerned about terrorist attacks and huge inflows of migrants and refugees from Africa and the Middle East. Those in the north say they fear a Russian invasion — a fear their friends in the south call pure paranoia and a centuries-old hatred of Russia.

Italy, for example, announced during the NATO summit last Thursday that it won’t increase its defense spending from the current 1 percent of GDP, while its president and interior minister were fighting about what to do with a boat carrying hundreds of African migrants toward Italian ports.

Similarly, on the same day, the Czech prime minister said he would not compromise his budget balance with higher military spending, adding, with a tinge of sarcasm, that the U.S. was pushing arms sales on Europe to narrow the trade gap.

The Europeans don’t want to balance their accounts on American trades. Most of them also have no intention of increasing defense spending, leaving to the U.S. the burden of their security.

Washington has to decide what it wants to do about both issues. Trade should be simple. Europeans should square their trade books with the U.S., or face limited access to American markets.

The trans-Atlantic security could be tougher, because it may require an unlikely U.S.-European agreement on the place and role of Russia. The Europeans fear that a normalization of Washington-Moscow relations would reduce them to an irrelevant sideshow.

Trade and security for the Atlantic community have been a proverbial can kicked down the road. Bravely, Trump has placed those difficult issues back at the top of his agenda, but he now looks like a magician who brought out the powers he does not know what to do with.

Those unresolved trade and security problems will continue to unsettle the U.S. asset markets at a time when they are facing rising inflation, increasing budget deficits and a widening trade gap.

Commentary by Michael Ivanovitch, an independent analyst focusing on world economy, geopolitics and investment strategy. He served as a senior economist at the OECD in Paris, international economist at the Federal Reserve Bank of New York, and taught economics at Columbia Business School.