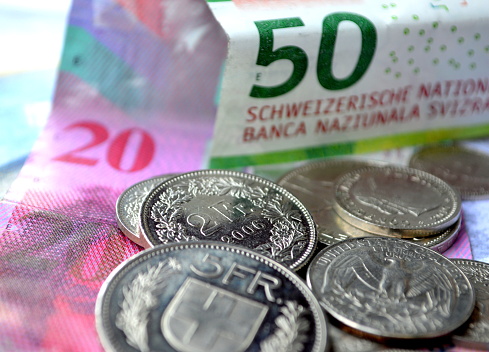 Crisis and contagion are loose, with equities weaker across the board in Asia and European and US futures pointing to a weak open. The wild swings, elevated volatility and speculations is based on FX. Traders are picking off nations exposed to USD obligations. Friday selling was bad; this morning was meaningfully worse. US treasuries spiked last week as credit contagion worries sent investors into safe havens USD, JPY and CHF. Nations with the highest non-bank dollar obligations as a % of GDP goes like this, Chile (whopping 35% of GDP in USD non-bank debt), Mexico, Turkey, Indonesia, Argentina, Russia, Malaysia, South Africa, Brazil and South Korea.

Should this global driver continue, traders will go down the list. Geopolitical dramas have captured the markets’ imagination, yet historically when the Federal Reserve raises interest rates in order to pullback inflation, emerging markets crash. The focal point remains Turkey: what started as a US-Turkey dispute over the detention of an American pastors has spread to trade. President Trump announced a doubling of steel and aluminium tariffs. However, the non-independent Central Bank of Turkey was unable to react. Perhaps the firing of CBT staff, post-coup, was not the smart move. A signature of crisis is rumour, and they are swirling of global banks cutting credit to Turkish banks. TRY bulls were hoping for a hammer in the form of higher interest rates from policy makers, but instead got an inadequate response.

The CBT micro-tuned, with lower reserve requirements. Rumour is that central banks will move with force later today. However, given President Erdogan’s rhetoric, including an editorial in the New York Times, it’s unlikely that considerably higher interest rates are coming (or will be enough). Turkey could try other options such as capital controls or going to the IMF, yet these would spur crisis, and we don’t believe Erdogan is willing to head in this direction. TRY should brace for more pain.

As contagion continues in emerging markets, the South African rand is no exception. Depreciating by 16% against the greenback since the beginning of the year, USD/ZAR’s steep rise from last Thursday (7.70% from 09/08/2018) is a big hit for the South African Reserve Bank (SARB), which already faced strong ZAR pressure after decreasing its repo rate by 0.25% in March 2018. The SARB decision to maintain its benchmark interest rate at 6.50% during its next policy meeting on 20 September would be more than welcome for the country. Despite inflation contained within its target band, economic growth remains low while business confidence is on the way to recovery, supported by increasing domestic consumption and manufacturing. We expect the recent ZAR bearish trend to end, as the SARB monetary policy stance is appropriate. Currently trading at 2-year high USD/ZAR is expected to rise further in the short-term, amid global risk-off. Estimated at 14.54, USD/ZAR is heading to 15.