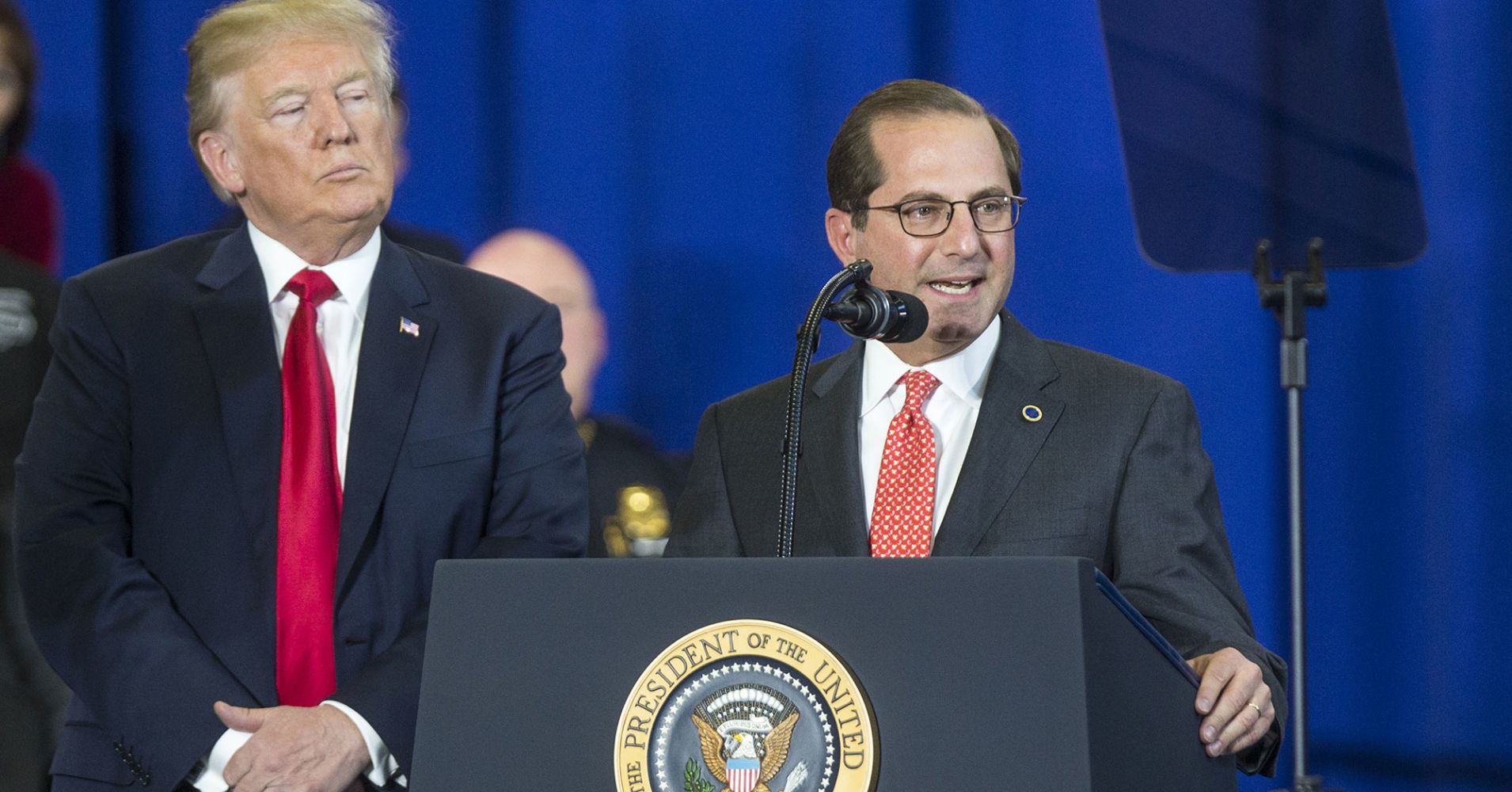 U.S. Health and Human Services Secretary Alex Azar said it was within his agency’s power to eliminate rebates on prescription drug purchases, a key element of the Trump administration’s plan to lower prescription medicine costs.

Such rebates are negotiated in the United States by pharmacy benefits managers (PBMs) to lower the cost of medicines for their clients, including large employers and health plans that cover tens of millions of Americans.

Drugmakers say they are under pressure to provide rebates to the few PBMs that dominate the market and that those payers do not pass on enough of those savings to patients — a contention the PBMs dispute. The drugmakers say the rebates force them to raise the price of their therapies over time to preserve their business.

The Trump administration has been receptive to that argument. Azar, in an interview with Reuters on Friday, said rebates created a perverse incentive to continuously raise drug prices.

Azar, a former top executive at drugmaker Eli Lilly, is trying to deliver on President Donald Trump’s promises to lower the cost of prescription drugs for Americans, which Trump made a major priority during his 2016 presidential campaign.

The Department of Health and Human Services last month proposed regulations that would scale back protections for rebates that might otherwise be illegal under a federal anti-kickback law.

The PBM industry has challenged that move, saying HHS cannot eliminate rebates on its own and would need Congress to change the federal statute. The ultimate responsibility for high drug prices, those companies say, lies with the manufacturers who set those prices.

He did not say when such new regulations, which are being reviewed by the Office of Management and Budget, might take effect. “The question of rebates may very well be fundamental to the issue of how you reverse these constant incentives to higher list prices (for medicines).”

The cost of health care, and prescription drugs specifically, is expected to be a major campaign issue ahead of November elections, in which Democrats are seeking to take control of the U.S. House of Representatives and Senate from Trump’s Republicans.

In May, Trump unveiled a “blueprint” comprising dozens of proposed policies to give the government greater leverage over drug prices, but did not support changes to give the federal government’s Medicare health plan for seniors direct negotiating power with drugmakers. Critics say that has spared the pharmaceutical industry any real challenge to its pricing practices.

Azar defended the administration’s actions, noting that more than a dozen leading drugmakers, including Pfizer, Merck and Cel