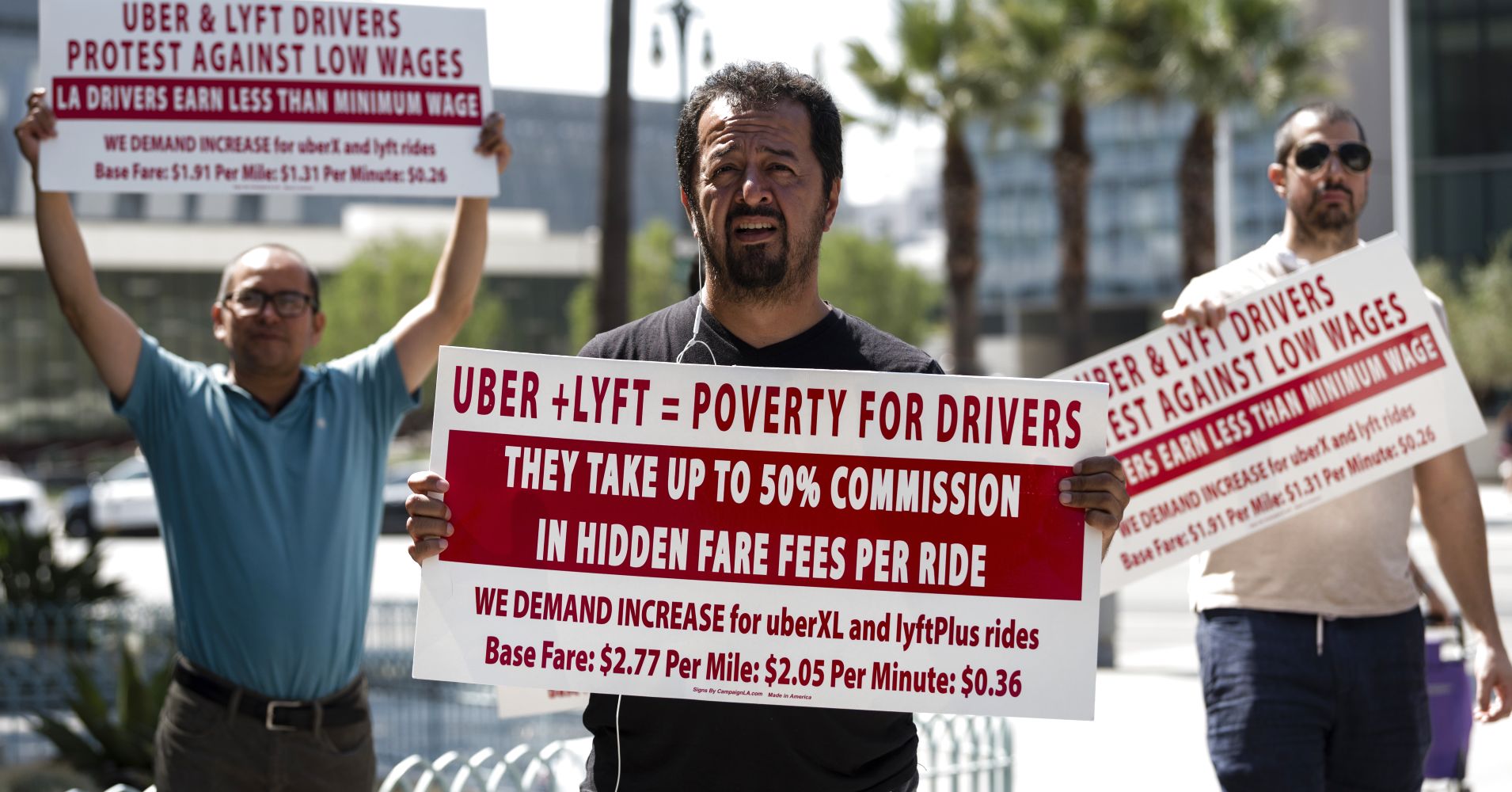 About half of Californians working in the gig economy are struggling with poverty and a majority of the residents say the American Dream is harder to achieve in their state than elsewhere in the United States, according to a survey released Tuesday.

Nearly one in 10 adult residents of California currently work in the gig economy, according to the survey, released by Public Religion Research Institute, a D.C.-based nonpartisan, independent research organization. But despite the state’s reputation as being a tech innovator and economic engine for the nation, nearly half of those working in the gig economy are barely getting by, it said.

The 2018 California Workers Survey defined the gig economy as including jobs with ride-hailing platforms such as Uber and Lyft, and providing services such as shopping, delivering household items or assisting in childcare. According to the report, about 48 percent of those participating in the gig economy are struggling with poverty.

At the same time, the PRRI survey found nearly one-third of all Californians and 47 percent of workers in the Golden State are struggling with poverty, while 53 percent are not. California ranks as the fifth-largest economy in the world, but its high cost of housing in many parts of the state mean more than one in five children live in poverty, according to the California Budget & Policy Center, an independent policy research center based in Sacramento.

“It is striking that nearly one-third of Californians are finding that the promise of the American Dream — that if you work hard, you’ll get ahead — is not coming true for them,” Robert Jones, CEO of PRRI, said in a release.

“Grasping the magnitude of this problem and understanding the real-life struggles and hardships that impact these more vulnerable workers is critical for California policymakers, businesses, and non-profits who want to work to create a healthier, more robust employment environment in the state,” Jones said.

The survey also found the state’s San Joaquin Valley region, known for its agriculture economy, has 68 percent of workers who are struggling with poverty. The Central Valley region has historically suffered higher unemployment than the rest of the state.

By comparison, only 27 percent of the workers in the Bay Area were considered to be struggling with poverty.

Roughly two-thirds of Californians say they would advise young people in their area to relocate to find more opportunities in a different community. The survey also found young Californians (ages 18 to 29) are less likely to believe a college education is a good investment for the future wh